Why Investing In Europe Is A Top Choice For Expats 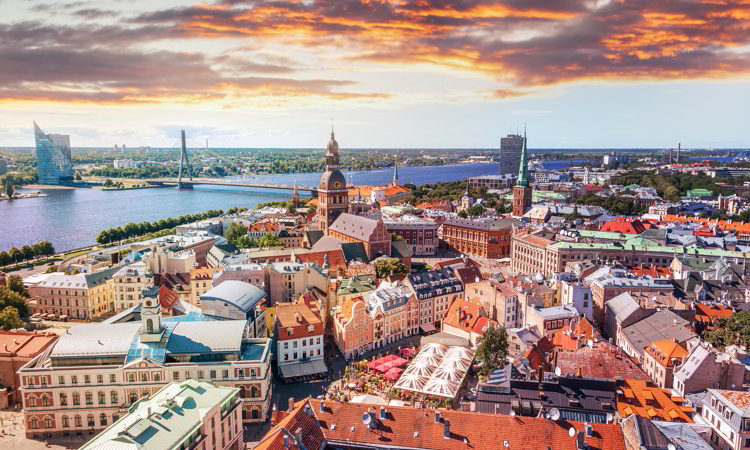 Europe has been a draw for me since I was in high school. I saved up my junior year to take a whirlwind tour of Europe… 9 countries in 30 days by bus.

It was on the trip that the seed of the idea of spending time in Europe was planted. Residency, taxes, and cost of living weren’t terms I was familiar with yet so they weren’t a concern.

Decades later I’ve lived in Ireland and France full-time and am now settling into an annual pattern of part of the year in Paris and part in Panama with travel to other places mixed in.

And now I understand the residency, tax, and cost of living questions relevant to living in Europe clearly.

Many people believe that these points make Europe an impossibility for a North American retiree, but that’s not the case. Europe offers many options for residency—including some as easy and affordable as options in the Americas. The tax burden for retirees, especially, isn’t what most people think it is. And the cost of living many places can be the same or less than it is in the United States.

The question is where do you want to be.

The easiest way to be able to live in a European country is to become an EU citizen. I did it by putting in my time in Ireland and becoming naturalized.

However, many people are eligible for citizenship in Europe through ancestry.

Ireland would be on that list, but so are Italy, Hungary, Spain, and others. The requirements vary by country, but Ireland and Italy are simple. If you have a grandparent who was a citizen, you are likely eligible for citizenship, as well.

If citizenship by ancestry isn’t in the cards for you, then look to the residency-by-income options. Most European countries allow you to apply for residency if you can prove you can support yourself without working—that is that you have enough pension, Social Security, or passive income from investments to meet their minimum income requirements. The threshold is different for every country.

Ireland doesn’t win in this category. Its minimum income requirement is 50,000 euros per person per year. That means a retired couple has to show 100,000 euros of passive income annually. At the other end of the scale is Portugal, where a single person can qualify by showing as little as 15,000 euros of income a year and a couple by proving just 18,000 euros annually.

Or you could invest in property.

Portugal, Spain, Greece, Cyprus, Malta, Latvia, and some others offer Golden Visa residency options that allow you to gain legal residency by investing in real estate. Sometimes other investments count as well. The investment amounts start at 250,000 euros and go up to a couple of million depending on the program and whether it’s a fast track to citizenship.

In the case of Montenegro and Northern Cyprus, you can qualify simply by buying property—any property of any value.

Slovenia doesn’t have a Golden Visa program, but you can get residency in this country by buying a property of 50,000 euros or more.

The residency question taken care of, what about taxes? Aren’t they onerous in Europe?

Europe is definitely a high tax destination, but you have to look at what taxes you’d actually be eligible for as a retiree. Employed people in Europe are hit with high social charges known in the United States as social security or payroll taxes. In the States, you pay 7.65% as the employee and the employer pays the same amount. In France, the employee pays 27% and the employer 42%, for example.

However, as a retiree, you won’t be liable for these social charges in Europe.

And, no, you won’t likely be double-taxed either.

Tax treaties mean that Social Security is typically taxed on the U.S. side rather than in the country where you’re residing. Non-government pensions would be taxed by your country of residence.

Likewise your IRA distributions, meaning you may want to do some planning before moving.

Investment income would be taxed by your country of residence, as well, with tax credits on the U.S. side.

Marginal income tax bands in Europe rival those in the United States, with top bands higher than the States. However, most people don’t fall into the top band in the United States or elsewhere. In other words, the effective tax on your income probably won’t be any greater than it is wherever you’re living Stateside.

And, remember, if you move overseas full-time, you’ll no longer be burdened with U.S. state taxes.

Property taxes are generally less in Europe than you’d pay on a similar value property in the United States. In fact, in Croatia they are zero. Ireland didn’t charge property tax either when we moved there more than two decades ago, though they’ve changed that and do now.

The property transfer tax can be what gets you in Europe. Transfer taxes range from 0% to 10%, depending on the country. The rate in Portugal is tiered, starting at 0% for properties under 93,000 euros and increasing to 7.5% for properties selling for more than 1 million euros.

One other tax to compare and consider in Europe is the value added tax (VAT), their sales tax. It’s included in the marked prices on products so it’s hidden. However, it ranges from 17% to 25%, depending on the country. Some goods are taxed at a reduced rate.

Those rates are higher than any total sales tax (state, county, and municipal) in the United States.

Cost Of Living In Europe

That brings us to the cost of living in Europe, which, frankly, can be as high or as low as you make it. Europe has discount stores. You just have to find them. European shops offer sales, historically only seasonally but this is changing.

Living in Europe for decades as we’ve done, we’ve come to think through purchases more carefully. Do we really need that new pair of boots or salad bowl? Will we actually use them? And do we have space for them?

As for groceries, a bottle of drinkable wine can be a few euros. That fancy French imported cheese you buy in Iowa isn’t an import in France.

What can push your grocery bill up is buying groceries from the small shop on the corner. Just like you wouldn’t do your main grocery shopping in a 7-11 in the United States, you shouldn’t go to your corner grocer for your weekly shop. Go to the big grocery store or better shop online and have your groceries delivered. Delivery’s usually free.

The biggest thing to consider when it comes to cost of living is housing. Again and especially in the case of where you choose to live, the cost can be as big or as small as you make it.

You can’t buy a small studio apartment in central Paris for less than 500,000 euros. However, look in the outer arrondissements and you might find something starting at 300,000 euros. Look outside the Périphérique in the suburbs and that same 300,000 euros might buy you a nice-sized place. Head to some small town in the south of France and those 300,000 euros will buy you a house.

Head to Abruzzo in Italy and you can find some absolutely cheap options… country homes in need of renovation for less than 100,000 euros.

Look to Montenegro and you can find a newly constructed small apartment for less than 100,000 euros.

A three-bedroom villa in Istria, Croatia, might run as little as 300,000 euros.

Or you could rent. Again, the cost of a rental varies dramatically depending not only on the country but also where specifically in a country you choose to locate yourself.

In the end, your cost of living is highly manageable.