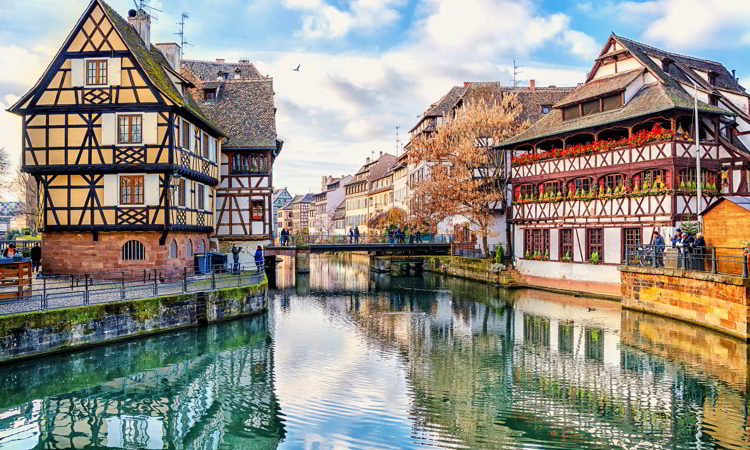 The Truth About Taxes In Europe

People often take Europe off the list of possibilities for where to move or invest overseas because they assume the residency options are too limited or the tax implications too onerous.

The truth is that residency can be easier to obtain in some European countries than it is in some Latin American countries… and the tax burden of living or investing in Europe isn’t necessarily more burdensome than it can be in the United States.

Sometimes it can be less burdensome.

It all depends on where, specifically, you want to live and how your income is derived.

Portugal, our long-standing number-one overall choice for where to live or retire overseas, is also the number-one destination in Europe for both ease of residency and minimization of taxes.

As a nonresident, you can spend up to 90 days in any rolling 180-day period in any country in the Schengen zone, including Portugal.

That could be 90 days straight in a Schengen country followed by 90 days outside the Schengen zone… or you could spend 30 days in and 30 days out on an ongoing basis.

If you’d like to be able to stick around in Portugal indefinitely, all you have to do is to show income of at least 1,200 euros (US$1,420) per month per person. Do that, and you’ll likely be approved to become a Portuguese resident.

Following this residency path, you’ll be required to spend at least 183 days in Portugal. Then, thanks to your residency status in Portugal, you’d be able to spend the rest of the year in any Schengen country(ies) of your choosing. As a legal resident of one EU country, you can spend as much as 90 days at a time in any other EU/Schengen country.

As A Resident Of Portugal, What Would Your Tax Obligations Look Like?

Portugal currently offers what it calls a Non-Habitual Resident Tax Regime. The poorly named tax law allows new residents who haven’t been tax resident in the country for the last 5 years to apply for a 10-year tax break.

Bottom line, this means that the bulk, if not all, of your income during those 10 years will be taxed at a reduced rate in Portugal.

In addition, Portugal offers a Golden Visa program whereby you can obtain residency by making an investment in real estate. Going this route, you’d be required to spend but a week a year on average in the country (rather than the 183 days per year required under the proof-of-income option).

The invest-for-residency option suits someone looking for a path to EU citizenship but not wanting or able to spend the majority of his time actually living in an EU country.

Regardless which path you pursue to establish residency in Portugal, you can apply for citizenship after 5 years of legal residency… and after 10 years of illegal residency.

Yes, you read that right. Portugal allows you to apply for citizenship if you can show you’ve been residing in the country illegally for 10 years or more. I love Portugal.

Portugal isn’t the only European country where you can gain residency simply by showing you can support yourself. France, Spain, Italy, and Ireland all also offer residency options based simply on how much income you can prove.

Ireland’s program is the most onerous. The minimum-income requirement to qualify is 50,000 euros (US$56,500) per year per person. The biggest possible monthly U.S. Social Security check adds up to less than 35,500 euros (US$40,140) a year… meaning no American with only Social Security income to show for himself is going to pass the test.

Ireland put these minimum-income requirements in place several years ago, and no one I’ve spoken with in the country really understands why. You don’t need 50,000 euros per year to live comfortably in Ireland.

Also note that the residency permit you are issued under Ireland’s income program doesn’t come with a path to Irish citizenship.

Required minimum-income figures for France, Spain, and Italy are more reasonable than Ireland.

Many European countries have no set income requirements. The amount you’ll be required to show to establish residency will depend on the immigration officer you’re assigned and the region of the country where you submit your application.

The administrative process associated with a residency application differs country to country. In most cases for Europe, you must begin the process at the consulate nearest where you currently live before traveling to the country.

What About Your Tax Burden As An American In Europe?

We’ve addressed the situation in Portugal.

In general, a retired American shouldn’t owe any more in taxes on his pension and/or Social Security income than he would were he living in the States.

Every EU country except Croatia has signed a tax treaty with the United States. These determine which country gets to tax pension and Social Security income. Typically, the United States gets to tax the Social Security income of an American overseas and the country of residence gets to tax that American’s other pension income. This is not always the case, though, so check with a tax professional to confirm the treaty specifics for the country where you want to live.

All that said, as I said, bottom line, if your only income is retirement income, you shouldn’t pay more in taxes as an American retired overseas than you would as a retired American living in the States.

If you have a portfolio that kicks off rental income, dividends, or interest income, you’ll want to dig a little deeper into the details of the relevant tax code. However, again, in most cases, you’ll likely find that you’ll not be taxed more by living in a European country. You may be taxed less depending on the country and its tax rates and bands.

The biggest tax hit in Europe can come from social charges. Social charges associated with earned income are paid mostly by the employer. However, in some places, social charges are also imposed on passive income… another reason to take professional tax advice before making a move.

France’s wealth tax is notorious. Historically, if you were a resident of France, the country’s wealth tax applied to your worldwide assets, including jewelry (difficult to track and to value). If you hit the threshold (1.3 million euros, US$1.5 million), the tax started at a fraction of a percent.

In 2018, France changed its wealth tax law. Now only real estate is included when calculating the value of your assets to determine whether or when the wealth tax applies. The threshold of 1.3 million euros remains. If you’re a real estate tycoon wanting to live in France, you should speak with a French tax advisor before establishing residency to understand what you could do to mitigate any potential wealth tax hit.

France gets a bad tax rap, but, in fact, Italy and Spain are probably more painful tax regimes… because of how each country calculates the amount of tax owed. The tax bands are similar among all three, but France divides household income by the number of units living in the household before applying the tax bands.

Spain imposes a wealth tax that varies by region. Italy charges a wealth tax on financial assets held outside the country… so you should consider moving your stock portfolio to an Italian broker if you’re planning to become an Italian resident.

When it comes to taxes, everyone’s situation is different. My overriding point is that you should not give up on your dream of a new life in Europe because you fear you’ll owe more in taxes as a resident in that part of the world than you would if you just stayed home.

I’d be surprised if that’s the reality.

Europe Ireland portugal Taxes Taxes In Ireland taxes in Portugal
Share:
Offshore Living Letter ® 2022
Legal Sitemap Privacy Policy
* Type a keyword then press Enter
We use cookies to ensure that we give you the best experience on our website. If you continue to use this site, you're agreeing to our policies.Thanks, I Accept!Privacy policy