Top Countries Where U.S. Dollars Get You A Big Discount 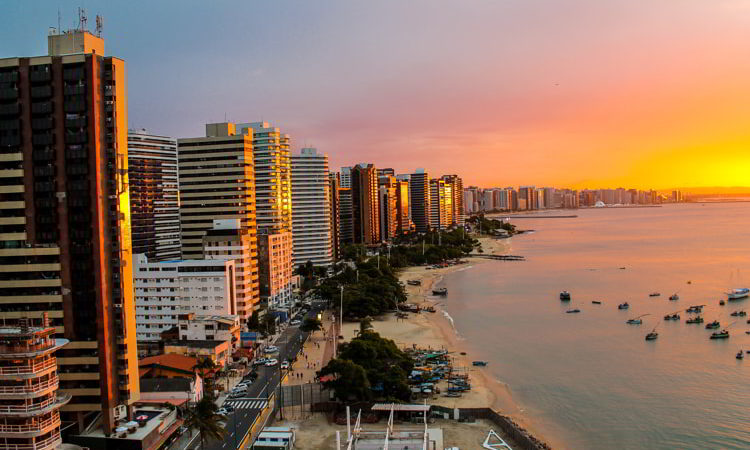 Currencies across the globe are on the move…

And, in many cases, U.S. dollar holders are the big winners.

In some cases, what I refer to as the “currency discount” can be extraordinary.

Brazil is the overall champ for currency discounts, where buying power has doubled since 2015.

This country is exciting, romantic, and diverse. It stands apart among its Latin American neighbors as its culture and language are just a bit more unfamiliar and exotic to North Americans.

Brazil’s thousands of miles of beautiful beaches extend through a wide range of climates, from tropical to temperate, seasonal environments. And Brazil is also culturally diverse, from its German regions and wine country in the south, to its Portuguese, French, African, and Dutch influence in the north.

Though the real is beginning to climb as Brazil emerges from the worst days of the pandemic, it still remains one of the world’s most undervalued markets—particularly when it comes to beachfront.

The path of progress today is on the stretch of coast from the city of Fortaleza (with its own international airport) down to the resort of Canoa Quebrada and beyond. Best of all, the tourist industry is driven by the locals. Though international visitor numbers are rising, the economy is not dependent on foreign tourist dollars.

It’s an exciting time to invest in Brazil. Their economy has faltered in recent years, so (like Colombia below) you stand to gain twofold… from the recovery of the economy as well as the eventual rebound of the currency. When the recovery comes, the economy should help to raise prices in reals… while the recovering real should further raise the value of your investment in dollar terms.

Medellín, Colombia, offers the best city living we’ve found in the Americas, with weather that hits a perfect 78 degrees all year long. Its El Poblado neighborhood is safe, clean, and attractive, with shady streets, upscale shopping, and more restaurants and cafés than you could experience in a lifetime. The city also offers a rich cultural scene, from open-air festivals to orchestra and theater. And it’s all just three hours from Miami.

Colombia still suffers somewhat from the negative stereotypes left over from the days of Pablo Escobar and the Medellín Cartel… days that ended more than a quarter-century ago. This stereotype is mostly gone, yet the remaining bit of ignorance—aided by the Narcos series on Netflix—has resulted in some of the most undervalued markets you’ll find anywhere.

You can gain in two ways in Colombia: You can continue to benefit from the disappearing stereotype, as Colombia becomes more and more mainstream… prices have been rising rapidly as people forget the old stories.

Plus, you could profit from the currency’s rebound when the dollar enters its next downward cycle.

As a sample of what’s on the market today, I found a three-bed apartment in El Poblado—a neighborhood that’s targeted by many expats and tourists in the city for its proximity to businesses and entertainment. Covering 107 square meters, it has modern furnishings and appliances and a balcony where you can enjoy city and mountain views. Price: 850 million COP (US$226,045).

Even better value is a two-bed apartment that’s full of light and would make a great long-term rental with plenty of space for a home office. Also in El Poblado, this is 131 square meters with an asking price of 360 million COP (US$95,736).

Exchange Rate: 21 pesos per US$1
Currency exchange controls: No

Mexico has been a treasure-trove for those spending dollars. The U.S. dollar discount here has increased 40% since 2015.

And Mexico, home to more than 2 million expats, remains the #1 overseas destination for Americans. Properties trade in U.S. dollars or Mexican pesos… and the latter is where your increased buying power is realized.

Mexico offers well-developed coastlines that include the Pacific, the Gulf Coast, the Sea of Cortez, and the Caribbean. The options for coastal living are limitless, despite the widely held misconception that foreigners can’t buy coastal property here.

Mexico also offers a wealth of well-preserved Spanish colonial cities. Climates vary from cool highland and mountain environments to the warm beaches on both sides of the country. With the exception of Belize (an English-speaking nation), there’s more English spoken in Mexico than anywhere else in Latin America.

Best of all, Mexico is close. You can fly inexpensively or even drive here. If you’re traveling back and forth, its proximity can save you a lot of money and hassle.

All three of these markets are top options for diversifying your portfolio into safe haven hard assets, and your currency advantage in each case makes now the time to buy.

It’s impossible to predict currency movements, but you can be certain that this current level of buying power won’t last forever.