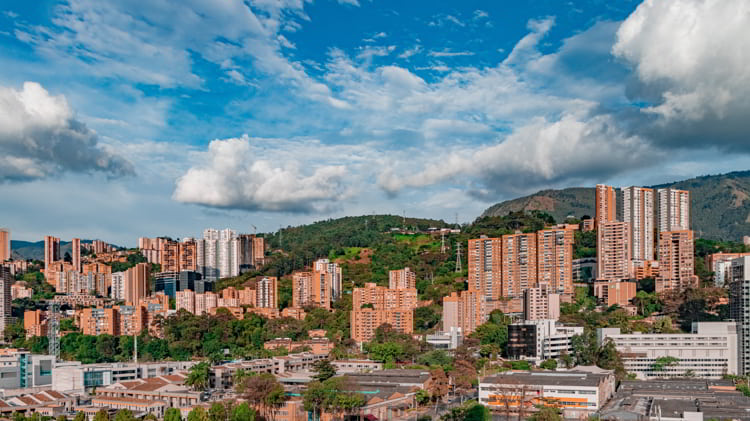 I’m looking forward to returning to Medellín next month for the first time in more than two years.

Kathleen and I will be making the trip for our Live and Investin Colombia Conference, but, rather than booking a room at the hotel where we’ll be hosting the event, we’ll be settled in the apartment we bought and renovated in this town a dozen years ago.

When we reported on that investment back in 2010, one reader wrote in to tell us we were crazy.

Why were we buying in that market at that time, he asked, speaking to us as though we lacked at least some of our faculties.

He was waiting, he told us in a tone reserved for those impressed with their own judgment, for the Colombian peso to drop to 3,000 to US$1.

Eventually, years after we’d bought our apartment, the peso did fall to 3,000 against the Greenback.

I’ve wondered if the reader finally took a position in the Medellín property market. He never wrote to let me know, but I’m thinking probably not… because, by the time the peso-dollar exchange rate hit his target, real estate prices in Medellín had spiked.

Whatever savings the guy would have enjoyed from the currency depreciation were more than outsized by the appreciation of property values.

In other words, he would have paid more in U.S. dollar terms, on a per-square-meter basis, than we paid… years after we’d bought our apartment.

That’s not to say that the exchange rate depreciation of the peso wasn’t welcomed by those who hadn’t already by that time recognized Medellín’s potential.

Refocusing on this market now, I see that real estate prices are still extremely affordable. Frankly, the U.S. dollar value of our apartment today, as the exchange rate sits around 4,000 pesos to US$1, isn’t a home run for annualized appreciation in dollar terms.

However, we’ve had use of the apartment for a dozen years… and have enjoyed a dozen years of rental income potential, as well.

Thanks to what I’ve come to refer to as the “Spousal Effect.”

Why A Rental Property In Apartment Didn’t Work For Us

Kathleen renovated the place to make it comfortable for us, investing far more in things like custom bookcases and parquet floors than makes sense for any rental property. We put the property up for rental… and the first two tenants caused minor damage. That was it. No more renters.

When we decided we couldn’t bear to rent it anymore, we considered selling the property. By that time, it was worth more than three times what we’d invested in it. Not a bad return… but we couldn’t bring ourselves to cash in.

After a series of visits with our children, we were connected. The apartment had officially become a home base for us.

I’ve filed the experience away as a cautionary tale that’s best told over a couple of rum and Cokes.

In truth, I’m happy to have the apartment in my portfolio even though it’s not throwing off cash flow and even though the currency is currently against me.

It gives me a reason to return to what has become one of my favorite cities. Time spent in Medellín is time well spent… and the cost of the luxury standard of living we enjoy when we’re in residence is an absurd bargain at the current exchange rate.

That’s why I’m counting down the days until our return next month. I’ll be shopping.