Tiny Homes For A Big Life… And Profits 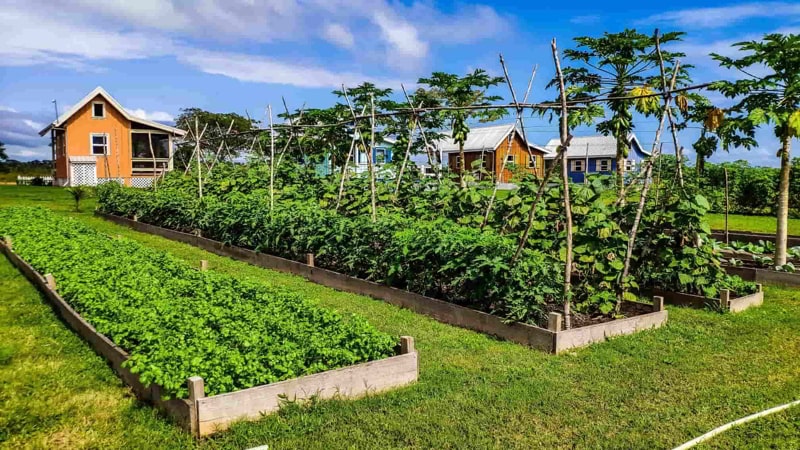 Tiny homes have been a growing trend in the United States for the past 10 years or more. You know an idea has become mainstream when a reality TV series is launched on the topic.

In fact, though, Americans are late to this party. Europeans have long embraced tiny living. Most apartments in Europe are effectively tiny homes.

Indeed, my three-bedroom apartment in Paris is smaller than my one-bedroom loft in Panama City, Panama—112 versus 120 square meters.

How did we manage to live there as a family of four when our children were small… I still ask myself of the apartment in Paris.

Meantime, we never could have fit our two children in our Avenida Balboa pad with us… and it is 8 square meters bigger.

How Can That Be?

The answer is simple.

Efficient use of space.

Our Panama apartment is less comfortable in several ways compared with its Paris counterpart, even though it has more area. The kitchen in Panama is smaller and poorly laid out. The laundry room is cramped. The bedroom upstairs is oversized, with lots of space that has no specific use, and the stairs up to the loft area take up a large portion of the living room.

In our Paris apartment, on the other hand, every square meter is put to maximum use. That’s not an accident. After we bought it, we renovated it to suit our family’s needs. Not all Paris apartments are as efficiently designed, and you learn quickly to recognize wasted space when shopping for an apartment in the City of Light. In this town, you pay a premium for every square meter, including those you can’t actually use.

Living tiny for centuries has had an important cultural effect for Europeans. There are other factors in play, of course, but having zero extra space to store things means that Europeans don’t shop the way Americans shop. They buy what they need when they need it. Americans, meantime, fill up basements, attics, and garages with impulse buys and redundancies… because they can.

The minimalist mentality taken for granted in Europe goes hand in hand with the tiny home trend. Less is more.

Developers Are Catching Up To The Trend

And now, developers in key markets are working to cater to the trend, hoping to attract digital nomads traveling the world working from their laptops, the retiree crowd, and tourists to come hang out in various versions of the tiny home.

Whether it’s a one-bedroom casita on the beach of Brazil or a cabin in Cayo, Belize, today you can find many different styles and layouts for tiny homes in some of the world’s most appealing places to spend time.

The tiny home industry is architecturally evolved at this point, but not all developers are paying attention to proven tiny-living strategies. You as the consumer need to pay attention to how the space works. Is the area efficiently designed… or just small?

Don’t get me wrong. My apartment in Panama is very comfortable. Kathleen and I are always happy to spend time there. It’s just not efficient from a space perspective.

However, our apartment in Paris is very comfortable, as well… and has space enough for our kids and now our granddaughter to join us in residence.

Storage is one critical factor. This is where things like drawers in the stairs come in… or a TV that pulls out from behind a cabinet… or any number of innovative ideas being used to fit more into less space in a tiny home environment.

That said, if you’re not shopping for a place to live full time but looking for a vacation home that you plan to rent out when you’re somewhere else, you may be happy to forgo a super-innovative design… in the interest of a lower cost.

Outdoor living space is another factor to consider with a tiny home.

In some cases, a tiny home comes with land surrounding it. This can allow for decks, patios, and gardens, and many developers are building tiny homes with rooftop terraces. All these design elements create additional usable space… assuming the house is in a location where the weather allows for outdoor living.

A developer friend creating a community of tiny houses in Belize allows owners to opt for more or less patio space in exchange for less or more inside space. The footprint of the units remains the same.

Many tiny homes are being developed specifically to work as Airbnb rentals. These can make for affordable rental investment properties that can be ideal for those of us who don’t want to live in a tiny home full time but would like a vacation home that helps pay for itself.

Of course, you could always invest in a small apartment to manage as a rental property, but those make sense and are mostly available in city centers. Tiny homes are being built in many settings from beachfront to mountaintop to literally over the sea.

Tiny Homes In Nicaragua For The Investor

One recently launched tiny home project in Nicaragua has almost sold out to the developer’s internal mailing list.

Nicaragua is catching people’s attention anew as a result of its response to the pandemic. Indeed, the country had no response to the situation… but has effectively ignored it. The government didn’t lock down the country or shut down businesses. Life in Nicaragua has continued as usual.

The current situation aside, we’re big fans of Nicaragua. This is one of the most affordable places in Central America to spend time—far less expensive than neighboring Costa Rica—either as a retiree or a traveler. The country has been off the world’s radar for the past several years but is retaking its position as a hot spot for surfers, yoga retreats, and outdoor adventurers.

It’s this combination of attracting post-pandemic freedom-seekers alongside the returning and growing volume of vacationers looking for low-cost adventure that helps make the projected net yield for these new tiny homes at the beach in Nicaragua interesting.

The developer has experience with rentals in this development community. They were getting a better than a 50% occupancy before the pandemic and have continued to enjoy a solid occupancy during the pandemic thanks to Nicaragua’s expanding popularity among foreign travelers and a strong local tourist market.

The capital city, Managua, is less than an hour away, making this project a perfect weekend and holiday destination for anyone wanting to get out of the city.

The tiny home units will be a new and different rental product that could, in fact, have even greater appeal than existing inventory. Their position just a two-minute walk from the beach makes them especially appealing to surfers who will appreciate having to take a few steps to catch a wave.

The developer projects a double-digit net yield for these units, which I believe is achievable given the starting price of US$94,900.

Closing costs and furniture will run you around US$10,000.