Why Panama City Continues To Be A Great Place To Invest 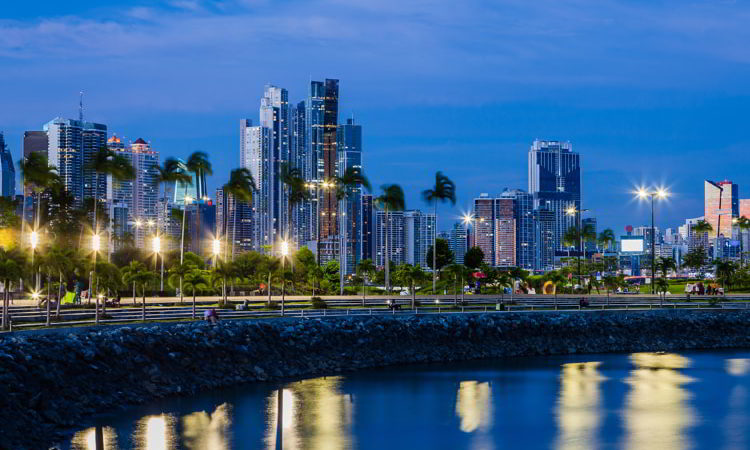 25 Years In, I’m More Bullish On This DynamoMarket Than Ever

I spent a recent Saturday at the Balboa Gun Club as the guest of friend and Panamanian businessman José Bern.

It was a great chance to catch up on the current market climate in this country. José is one of the most connected people in the country. Empresas Bern is, literally, the brand that built Panama City.

“A series of things happened about 15 years ago,” José reminded me as we took turns at target practice, “that helped to put Panama on the map.

“First was three seasons of the TV series ‘Survivor.’

“Then we had the Miss Universe pageant.

“And then we were given a seat in the Security Council of the UN… alongside China and the United States. Imagine what that meant for this country of 4 million people.

“That was the beginning of Panama’s globalization.

“Panama has always been a country of immigrants,” José continued. “Everybody is from somewhere else. This is a very diversified country.

“We have the second-largest duty-free zone in the world. Here Hindus do business with Arabs… Jews with Catholics… race and religion are not the hot buttons here that they can be in much of the rest of the world.

“Because of its history and how this country has come to be the country it is today, there is very little prejudice. Panamanians are pragmatic and business-minded. We don’t like to let things like creed get in the way.

“Normally, a government can do three things to fuel its economy,” José pointed out. “But Panama is unique. We cannot print money.

“Well, we make our own quarters. But it’s hard to make much impact minting quarters.

“We can’t adjust interest rates. We have no central bank.

“The only tool we have for managing our economy is attracting foreign direct investment.

“That’s why, 12 years ago, a new law was passed to make it easier for multi-national companies to do business here and to import the foreign labor they need. Procter & Gamble was one of the first to take advantage of it, moving their regional headquarters from Venezuela to Panama City.

“More recently, Estée Lauder, which also moved to Panama to take advantage of the country’s pro-business climate, signed a deal to increase their presence—to double from 35,000 square feet to 70,000 square feet of office space.

“What attracted Procter & Gamble, Estée Lauder, and the dozens of other international companies that have chosen to establish themselves in this country in the first place? They all made extensive studies before making the decision to commit to Panama. And in every case, the choice came down primarily to two things…

“Nestlé, for example, has its third-largest operation in Panama City. But they buy almost nothing locally. They source their produce from throughout the Americas… from Canada to Argentina. But it’s all bought through the Panama office. It’s a simple matter of logistics. Of connectivity. Thanks to the Panama Canal and also the continually expanding international airport. Panama is a gateway to the 700 million people of Latin America.

“Plus, Panama is stable. Elsewhere in this part of the world can be kind of choppy with dictators, coups, protests. You’ve all heard of Noriega, I’m sure, but he hasn’t been in power for 30 years and now he’s dead. Today’s Panama is one of the safest, most stable countries in the world and certainly in the region.

If you’re a longtime reader, you know that Kathleen and I have been recommending Panama as a top investment and offshore haven for 25 years. We have made a series of property plays in this country from pre-construction condos and commercial rentals to the legacy investment that is Los Islotes.

Fifteen, years ago, we chose to base our Live And Invest Overseas business here.

And primed for a whole lot more growth ahead.

If you haven’t yet taken a position in Panama, I’d strongly recommend you remedy that quick.

Two-and-a-half decades later, I’m more bullish on this dynamo of a country than ever.