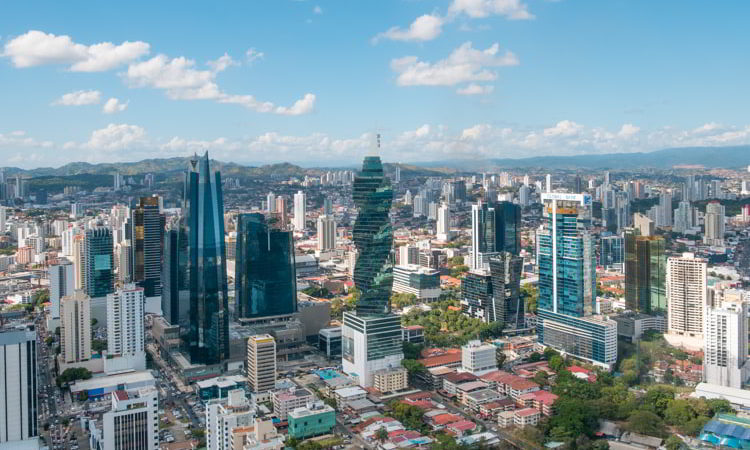 My #1 Property Investment Market For 2023

I was the first person to tell people about Panama… at least in the context of a top option for North Americans looking for a place to live better for less in retirement.

I named Panama as a top overseas investment option before anyone else, but, full disclosure, I didn’t come up with the notion myself. A property scout who worked for me at the time put the idea in my head.

I was living in Baltimore. My scout, Bob Fordi, called me in my Mt. Vernon office one morning. I’d dispatched him two weeks earlier to Panama, and he’d just returned from that trip.

This was about two years before the United States was scheduled to hand over control of the Canal to Panama as had been agreed in the 1977 treaties signed by U.S. President Jimmy Carter and Panama’s General Omar Torrijos.

“You need to see this place yourself,” Bob told me on the phone that morning. In the five years I’d been working with Bob, I’d never heard him speak with such enthusiasm.

Bob was a reasonable guy… an investor. He didn’t get excited. But he was worked up.

“Panama has everything Costa Rica has,” Bob continued, comparing Panama to the then gold-standard overseas retirement haven that borders it to the north.

“The difference,” Bob pointed out, “is that the infrastructure in Panama is head and shoulders above that in Costa Rica and anywhere else in Central America. Panama City is a real city… built by U.S. engineers…

“Plus,” I remember him saying that morning, with emphasis, “the timing is once-in-a-lifetime.

“After Panama takes control of its Canal, in about two years’ time,” Bob told me, “this country is going to begin to reinvent itself.

“I believe,” Bob predicted, “that prices will go even lower after the U.S. military pulls out. When all the GI’s go home, taking their disposable income with them, Panama will fall into recession… creating an historic opportunity to invest in a country that is going to become very important on the world stage in not too many years.”

Soon after that conversation I made my first trip to Panama. I was as impressed as Bob had been. After more research and several more scouting trips, by me and others of my team, I made one of the most important forecasts of my career:

Panama, I told readers, is the world’s next top overseas retirement and investment haven.

Eventually, others caught on. By 2010, Kiplinger, Forbes, The New York Times, Fortune, Frommer’s, Condé Nast Traveler, the Wall Street Journal, and even the AARP had named Panama the world’s #1 place to retire overseas.

So, again, when I woke up this morning and remembered that my plan today was to tell you something about Panama… I panicked.

After more than two-and-a-half decades reporting on this little isthmus of a country… and after 15 years living and running a business here… sharing my experiences and discoveries with you in real time… what in the world new could I have to say about Panama that’s worth your time and attention today?

Panama Is Not What You Think It Is

I and many others have been telling you about this country for years, but much or most of what you’ve garnered from all of that is not true… at least it’s no longer true.

Over the past two-and-a-half decades, Panama has been one of the fastest-changing points on our planet.

Our home base in Panama is an apartment on Avenida Balboa. From this spot, we have a long view of central Panama City on the Bay of Panama, from Punta Paitilla and Punta Pacífica in one direction…

To Casco Viejo in the other… 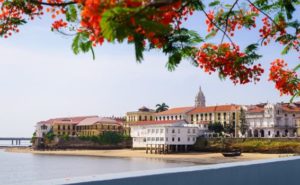 Between these two landmarks, in the bay on the Pacific Ocean, is a long queue of ships awaiting their turns for passage through the Panama Canal. This queue is perpetual, a constant on the seascape 24 hours a day 7 days a week… including over the past two-and-a-half years, during the global pandemic.

Indeed, the Panama Canal continued its operations, uninterrupted, throughout 2020 and 2021…

When I visited Panama City for the first time two-and-a-half decades ago, most of what we see today from the windows of our Avenida Balboa apartment did not exist.

The two small peninsulas—Paitilla and Casco Viejo—were here, of course, but looking at photos of them from 25 years ago you wouldn’t recognize either one.

Paitilla then was a neighborhood of high-end houses; Paitilla today is a mass of high-rise towers overlooking the bay.

Casco Viejo then was a slum; Casco Viejo today is an evolving gentrification project and the hippest night spot in the city. The Spanish-, French-, and American-colonial structures here, a world-class UNESCO-protected collection of buildings, have been renovated into private homes, condos, restaurants, bars, nightclubs, art galleries, and shops. The whole place now is encircled by a highway suspended above the water.

A city of about 1 million in 1996, the Panama City metropolitan area is home to 1.7 million today.

You can get anything you might want in Panama City today. Every product and service imaginable is available in this boom town this 2022.

For better and for worse.

Under former President Ricardo Martinelli, Panama set an aggressive agenda for herself.

Since leaving office in 2014, Martinelli has been accused of corruption, embezzlement, and domestic spying on grand scales. He spent time on the lam and then under house arrest, then, in 2019, he was found not guilty of the various charges and is now a free man.

Meantime, both of his sons have been convicted of massive corruption charges and are currently guests of the U.S. prison system.

That’s all a hot topic of conversation here in Panama, but it’s not the point.

The point is that Martinelli thought big. Panama will be the next Singapore, he decreed upon taking office… and then he spent every day of his five-year term (2009 to 2014) working to make that prediction reality.

The reinvented landscape we see from our window on Avenida Balboa today is largely due to Martinelli’s near-fanatical commitment to making his little country competitive on a global scale.

Love Martinelli or hate him, you can’t deny what the guy made happen while in office. If not for Martinelli, Live And Invest Overseas might not be operating today in Panama.

Without Martinelli’s Executive Order known today as the Friendly Nations visa program making it easy for any national of any of the “friendly nations” on the list to acquire residency and a work permit in this country, we would not have been able to find and hire the English-speaking staff we’ve needed to build our business.

I’ve told you about our eclectic group before. We’ve got Panamanians in our El Cangrejo office, sure, but we’ve also been able to hire Americans, Canadians, Germans, French, Dutch, Irish, British, Jamaicans, Venezuelans, Colombians, Argentines, Guatemalans, and Hondurans.

The worse is the challenges and frustrations that go along with life in a developing-world boom town.

-The Streets And Sidewalks

A drive across Panama City during rush hour is one of the most miserable experiences of my life… and, when we’re at home in Panama City, I do it twice a day.

A walk down a Panama City street is one of the most dangerous experiences of my life… and I do it all the time.

I don’t worry that I’ll be mugged or encounter violence. The fear is that I’ll fall into an open manhole (I’ve known five people who have), trip over an exposed tree root, or be caught up in low-hanging electrical cables.

You need to keep your eyes open as you maneuver this city, by car or on foot. Accidents are common.

What else do you need to know to be able to take advantage of all the better on offer in Panama today while avoiding, as much as possible, all the worse?

That’s what, I decided as I sat down to write to you this morning, I’m going to share with you over the next week.

I’m calling this special series of dispatches: “Revealed: The Real Panama In 2022.”

Drawing from two-and-a-half decades of experience spending time and money in this country, including more than 15 years living and operating a business here, I’m going to introduce you to today’s Panama.

I’ll look at this country from all angles of current opportunity—living, retiring, investing, buying property, raising a family, and launching a business.

I’ll begin, in the first installment in this series, where I began this conversation originally, 25 years ago.

That is, to start, I’ll consider Panama as a retirement haven.

Is Panama 2022 still a top choice for retiring overseas?

Tune in on Thursday for the answer.