What The Russia Invasion Of Ukraine Means To The Global Investor 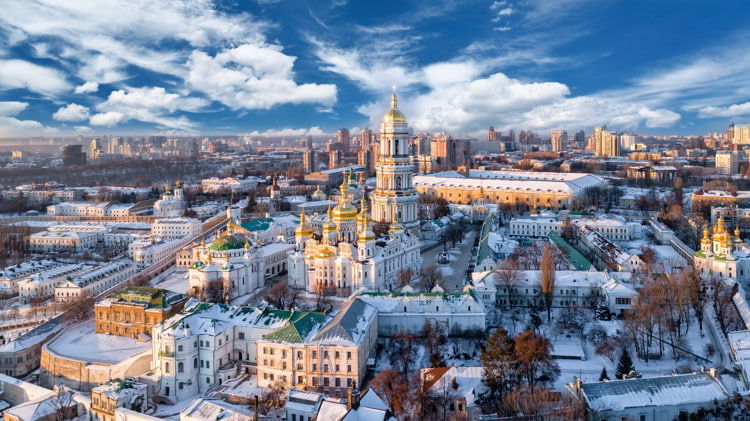 What does this mean for those of us not in the direct line of fire?

The euro has dropped a few points. The Moscow stock market fell almost 50%. Oil prices broke through US$100 a barrel. Gold is up. Cryptos are down.

Those are the immediate, short-term market responses.

The questions on every investor’s mind, of course, are how long will this invasion last…

And will Russia stop at the Ukrainian border with the EU or continue on into Poland, Slovakia, Hungary, Romania…

Even if Russia does stop short of the EU, the region will see a surge of refugees migrating across the border from Ukraine.

The EU has a war on its hands, even if its economic.

What Does This Mean For The Global Investor?

We global investors holding U.S. dollars are looking at a buying opportunity in Europe. A cheaper euro makes real estate markets that have seen good price appreciation over the past two years of the pandemic more affordable. The window to make a move could be short if the conflict holds at the border and the markets perceive quickly the worst is over.

I recommend dollar cost averaging for anyone with any interest in the euro-zone and any thought of buying property in the region. Right now is the best time in some time to move dollars into euro.

I use MoneyCorp, an online foreign exchange company, which allows you to transfer your dollars and then decide when to convert them to euro (or a long list of other currencies). You can cherry-pick exchange rates.

Outside Europe, the immediate impact of the invasion isn’t likely to create waves other than an increase in the price of gas. Prices here in Panama are 50% higher than they were last October. Americans are seeing a similar price jump at the pump.

The more relevant question in Panama, Belize, Colombia, Mexico, and most of Latin America and the Caribbean remains how long will it be until the tourists return in pre-pandemic numbers. Now that date may be pushed out further, as increasing fuel costs will translate to rising airfares.

That along with general inflation woes in the United States could keep many people from traveling, further delaying economic recovery in tourism-based economies south of the border.

If the war is limited to Ukraine or even within Europe, Central and South America, which remained relatively calm and safe during World War II, could see an influx of wealthy Europeans seeking safe haven.

Global transportation would become complicated. You might not want to take a flight from London to Tokyo that normally flies over Russian territory.

But getting from North America to South America would remain straightforward.

However things play out, South America will remain about as far as one is likely to be able to get from direct conflict.

Global Investors Should Focus On Their Diversification Strategy

I’ve never been a prophet of doom or a prepper and have not been planning for World War III… but should that be what we’re looking at right now, I’m appreciating the strategy of diversification that I’ve pursued over the past two-and-a-half decades more than ever.

My family and I have multiple options—turn-key and waiting for us to show up, residency cards in our wallets and front door keys to our personal safe-haven pads in our hands.

And will support us now, as well, no matter what lies ahead.

Multiple passports, residencies, and residences all come in handy in a time of crisis.

So does having some cash on hand in the local currency, whether it’s to pay for groceries or to invest in a crisis opportunity that presents itself.

Right now, Ukrainians are emptying out ATMs across their country and driving west. Anyone with a Plan B is putting it into play.

No, this war is not on our doorstep, but we, too, should be taking it as the urgent wake-up call it is.

If you don’t have a backup residency, apply for one.

If you don’t have an offshore bank account, open one.

If you don’t own property in another country, start shopping.