Final Chance To Invest In Aquaponics Before The Price Rises 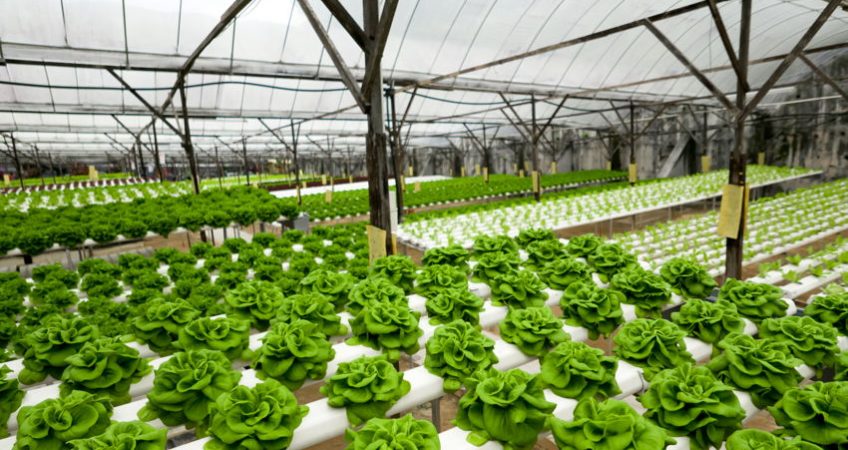 Agricultural production using aquaponics technology is on the rise… and so is the cost of investing in the opportunity that this fast-growing trend represents.

Three years ago, in the course of my ongoing search for cash-flowing real estate opportunities, I identified a specific aquaponics project offering a turnkey option for individual investors projecting returns up to 15% per year.

In the three years since, this developer has sold out one offer after another, and investors are now receiving biannual payouts from the productions harvested from their systems. Returns are meeting and exceeding expectations and projections.

The developer continues to expand and to evolve the opportunity, researching and testing higher-value crops, including new varieties of lettuce, herbs, and crayfish.

This last new harvest—replacing the tilapia that the developer originally farmed—is a breakthrough. Crayfish require less water and less food to grow and have lower death rates than tilapia but achieve higher prices at market.

Over the three years that I’ve been recommending this investment, the developer has maintained the original price of his systems and installation… despite spending more on infrastructure and greenhouse technology than originally planned.

On that date, prices will increase from US$31,000 to US$35,000. Returns will still look very good at the higher price, but, of course, they won’t be quite as strong as they are right now, based on the original, now 3-year-old pricing.

If you’ve been watching from the sidelines, thinking about getting in on this opportunity, this is your final chance.

Hydroponics—that is, growing produce in water rather than dirt—is an ancient technology whose time has come. It is an important part of the answer to the question: How do we feed a growing global population?

Growing lettuce and other leafy greens using hydroponic techniques requires only about 10% of the water needed to grow these harvests using traditional methods in dirt. In addition, the quantity of production using hydroponics is much greater than with traditional methods. You can get as many as 17 harvests per year, compared with one or two when growing in the ground.

Couple in aquaculture, and you get aquaponics.

The water flows from one part of the system to the other… feeding the leafy greens and aerating the water for the fish—in this case, the crayfish.

Your Chance To Invest In A Proven Company

The theory is ancient, but the practice today can be very high-tech. In the case of the developer I’ve now been working with for three years, water nutrient levels and temperature and humidity levels in each greenhouse are monitored carefully. The systems he’s using aren’t like the basic ones you can buy at Home Depot.

His farm management team has evolved schedules and protocols to promote the most efficient growth possible. Similarly, timing and technology for harvesting and shipping have been refined. The developer has invested in a cold storage unit to hold lettuces during the day of harvest so that the first lettuce harvested remains as fresh as the last when loaded on the trucks.

Demand is so high that everything is pre-sold—and not only before harvest but often before planting. The two-and-a-half-week grow cycle even allows the farm management company to plant to order for many of their clients, customizing crops according to seasonal needs.

While the price increase is imminent, you can still buy today for US$31,000. At that price, the 20-year IRR projection is around 15%. First-year yields are projected at 10.5%… and those first-year projections are already being met for previous buyers whose systems are up and running.

System installation can take up to 12 months. First, the foundation for each greenhouse is built and water and electricity infrastructure are installed. Next the growing systems are put in place, and all systems are tested. Then the first seeds are planted.

While the growth cycle for the leafy greens is about 17 days, the fish and crayfish are harvested every 6 months. Therefore, the farm management company combines the lettuce revenue with the fish revenue every 6 months, meaning you receive 2 payouts a year… the first one within 18 months of buying a system and then every 6 months thereafter.

Every investment comes with risk, but many of the risks I identified when I first met this developer have been overcome. My biggest concern in the beginning was that the developer would not be able to build a marketing channel strong enough to sell all the produce.

However, he’s done that and now has more buyers than he can supply.

Another concern in the beginning was the actual production. While the farm management company has worked from the start with top experts in the industry, I wondered about their learning curve. Today, they have three years of direct and successful experience.

Again, the deadline to get in before the price increase is Feb. 15. I recommend you get in touch here now for more information.

agriculture aquaponics Invest Invest in Aquaponics Investing real estate
Share:
Offshore Living Letter ® 2022
Legal Sitemap Privacy Policy
* Type a keyword then press Enter
We use cookies to ensure that we give you the best experience on our website. If you continue to use this site, you're agreeing to our policies.Thanks, I Accept!Privacy policy