Hydroponic Farming—The One Investment You Simply Need To Have 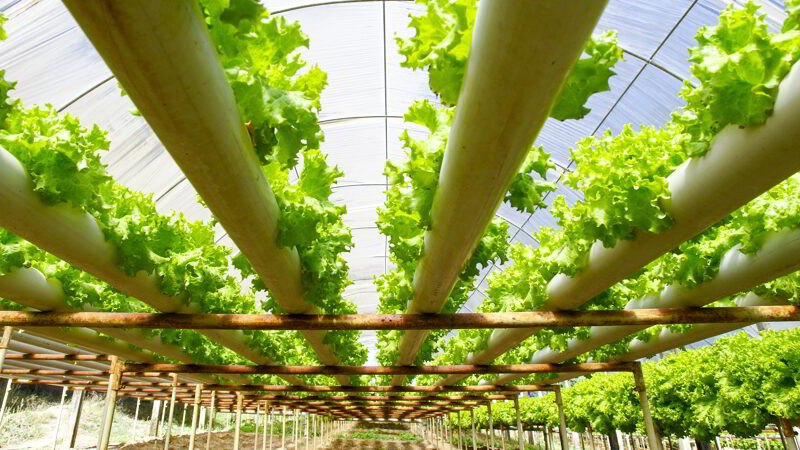 If You Want To Protect Your Retirement, It’s Time To Move Your Money

There will be a correction… very soon.

More than 6 million people in the U.S. are collecting unemployment benefits compared to less than 2 million people this time last year. Many of those lost jobs are not going to return.

The disconnect between what’s happening in the markets and reality on the ground means something has to give.

But you have a better alternative to Wall Street anyway…

It’s not as sexy as “5G tech” or some new service being put out by Apple or Google. Until now, most people have completely overlooked the potential here.

But that’s their mistake.

Farming is one of the world’s oldest professions. It makes sense that it’s increasingly at the cutting edge of science and technology.

And the resulting innovation is offering incredible profit potential for those who get in early.

According to the Food and Agriculture Organization of the United Nations (FAO), food production must increase by 70% to meet future demand…

Now, amid COVID-19, food security concerns have made this more urgent than ever.

A recent article in The Economist took up the critical topic.

“Global food shortages have taken everyone by surprise,” they acknowledge. “What is to be done?”

These developers are already leading the way with innovative ag-tech solutions.

For the last 10 years, I’ve been researching, recommending, and personally investing in the very investments everyone else is now scrambling to uncover.

The greatest investment story of the decade is just beginning for most investors, but, if you’ve been taking my lead, you’re way ahead of the game.

If you have yet to act, here’s my recommendation for how to get started now.

Hydroponic Farming: Your Best Next Move

It’s an opportunity from a proven developer I’ve worked with for many years, and it hands you a projected US$185k in returns.

It’s a 100% turn-key investment. You own the greenhouse and growing systems, but everything is built, managed, planted, grown, harvested, and sold for you.

You’ll collect regular payouts every year over a full 20 years.

This is the technology the rest of the farming world is now chasing after.

This is your chance to invest with a world-class developer, who is investing in R&D, leveraging agri-technology, adapting to market needs, and expanding production…

The government in Thailand, where this hydroponics farming project is based, has just awarded him an “Excellence in Farming” award.

Unsurprisingly, he has now secured a contract with one of the largest fruit and vegetable distributors in the country.

All of the inventory for his earlier project sold out in a matter of weeks, but demand from both distributors and investors remains.

The developer, Andrew, has met this growing demand with a bold move. He has purchased new land for expansion, with plans (already fully approved by local authorities) to build a high-tech packing station with a strong focus on capturing his share of the very lucrative export market…

Those export targets include Singapore, Hong Kong, China, and the Middle East, meaning the produce will soon be hitting global markets with a population of well over a billion people.

This project is now set to take center stage not just in Thailand but in world markets.

Andrew has agreed to put 12 greenhouse units aside in this new phase for my readers.

You’re getting first dibs on these units, plus you can still get in on the original launch price.

This was a great investment for those who got in early. I was impressed when I first travelled over to check out the development in person and indeed invested myself.

Now, backed by five years of growth and experience with ever-expanding contracts and markets secured, it’s an even better deal.

This project is a cut above anything else out there right now. Even today, amid a pandemic, business continues to grow.

If you’re ready to lock in rock-solid returns for the next 20 years, to protect your retirement funds from whatever is coming next…

Go here for the full details on how to get started.

Again, only 12 units are available.