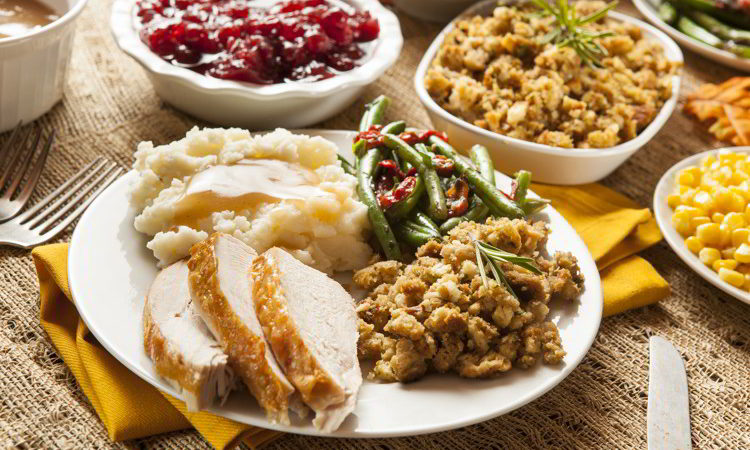 An Expat In Paris On Thanksgiving

“Maybe I should stay home for the day and help you… so you don’t drop the turkey or forget the turkey or burn the turkey,” my 16-year-old son Jackson suggested with a smile earlier this week.

Probably he was angling for a day off school. On the other hand, Jackson had a point.

Lief and I have celebrated many Thanksgivings overseas. Jackson joined us, to the day, on Thanksgiving number 2. He was born Thanksgiving Day 1999, while we were living in Waterford, Ireland.

That Thanksgiving, we were otherwise occupied. However, every other year we’ve been Americans abroad, we’ve celebrated as traditional a Thanksgiving as possible.

There have been hiccups…

One year in Ireland, I dropped the turkey as I was pulling it out from our Stanley cooker. It slid across the black slate floor and settled at Jackson’s feet. He was 2 years old but swears he can remember this.

The next year, we invited friends to help us celebrate. We couldn’t find the 25-pound turkey I wanted, so we opted for two 12-pound birds. I cooked one and placed it in the Stanley’s warming oven while I cooked the second. Turns out, one was all we needed for the group… and I forgot about the turkey in the warming oven until the next morning. When I pulled it out, it was black as charcoal. Again, Jack remembers and enjoys retelling the tale.

Those early years in Waterford, Ireland, you couldn’t buy a turkey, not plucked or in any condition other than roaming around a barnyard. Nor could you find cranberry sauce or pumpkin filling for making a pie in any supermarket. A friend helped me source farm-fresh birds that, those first couple of years, she and I plucked by hand. We did without the cranberry sauce and the pumpkin pie. 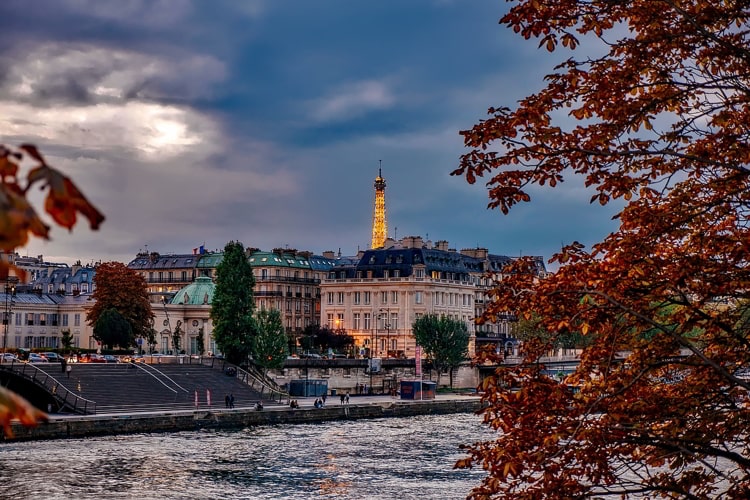 In Paris, preparing an authentic Thanksgiving dinner was easy enough, thanks to a store on rue Saint Paul in the 4th arrondissement that shares the holiday’s name. Each year we were living in Paris, my two children and I would set out early the Saturday before to walk along the river from our apartment in the 7th to “Thanksgiving” in the 4th. It’s an hour-long meander along the Seine that qualifies as one of the world’s best walks.

Going was pure delight, chattering with my children as we made our way along the quai, stopping to look in the windows of antique shops, art galleries, bookstores, and boutiques, young Jackson racing across the cobblestones of the Place de l’Institut, teenaged Kaitlin pausing to look at the Toulouse-Lautrec posters and old vinyl records on offer from the riverside hawkers.

We’d take the Pont Neuf across the Île de la Cité to the other side of the river, stopping to rest on the white stone bench at the center of the bridge before carrying on to our destination on the rue Saint Paul.

For the walk back home, we’d be loaded down with sacks of American specialty items we indulged in at this time of year only. In addition to cranberry sauce and pumpkin pie filling, the tastes of American life we splurged on included Kool-Aid and Kraft Macaroni & Cheese for Jackson and Aunt Jemima pancake mix and syrup for the bunch of us. Jackson had never heard of Kool-Aid or Aunt Jemima before our visits to Thanksgiving, so, for him, these indulgences became as associated with the annual American feast day as turkey and mashed potatoes.

The turkey, though, you couldn’t get from Thanksgiving… or from any supermarket in Paris, at least not a turkey of the size we wanted for Turkey Day. This we had to special-order, weeks in advance, from a boucherie (butcher). Fortunately, for us, there was a great one on our block. One year, though, we waited too long to place our order, and our neighborhood butcher wasn’t able to oblige our turkey request.

We found another boucherie, in the 1st, who was. Thanksgiving Day around noon Lief set out on foot (we didn’t own a car while in Paris) to retrieve our roasted bird from the mile-away butcher shop. Lief returned, a couple of hours later, winded and weary. It’s no easy thing, he had learned, to carry a 25-pound turkey, still hot and steaming and wrapped in aluminum foil on a board, a mile through the center of Paris.

Six-year-old Jackson, who’d accompanied his dad for the turkey hunt, had carried back the sack containing the roasting juices.

“I knew I’d better not show up without the juices for the gravy,” Lief explained as he dropped the board with the turkey on the dining room table and then collapsed on the sofa. “Good thing I had Jackson to help.”

Our Paris apartment-sized kitchen wasn’t built for preparing Thanksgiving feasts, but we managed. Lief, Kaitlin, Jackson, and, often, friends of Kaitlin and Jackson, would pitch in.

Sometimes, when we ran out of counter space entirely, this meant, for them, standing in the corner of the kitchen, in the hallway off the kitchen, or out in the dining room holding a tray of biscuits awaiting its turn for the oven or a bowl of bread crumbs that would become the stuffing as soon as I found room somewhere to sit a bowl big enough for the task.

Our seven Thanksgivings in Panama City have been easy to organize and uneventful. Panama has been making an effort for decades to import the American way of life, and this is nowhere more evident than in Panama City’s big supermarkets.

At Riba Smith, for example, starting late October, displays offer Ocean Spray cranberry sauce, Libby’s pumpkin pie filling, ready-made pie crust, Stove Top stuffing, and oversized roasting pans. One area of the freezer section is given over to turkeys, available in any size you might want up to 30 pounds.

What Thanksgiving Means To Us

For Lief and me, one of the biggest upsides of living and investing overseas the way we now long have been is the chance it’s given us to become part of communities in the places where we’ve settled.

In Ireland, in Paris, and now in Panama City, we’ve made friends and connections. We’ve established the infrastructure of a life. Thanksgiving is an opportunity to recognize and appreciate the communities that have welcomed and supported us.

Around the table in Panama City with our family tonight for this year’s Thanksgiving celebration will be other Americans, but also friends and colleagues who hail from France, Germany, Britain, Colombia, Jamaica, and Panama. For many of them, it’ll be their first Thanksgiving ever.

On behalf of the entire Live and Invest Overseas community, in Panama City and beyond, Happy Thanksgiving.

Americans Overseas expats expats overseas France Ireland Kathleen Peddicord Panama thanksgiving thanksgiving overseas
Share:
Offshore Living Letter ® 2022
Legal Sitemap Privacy Policy
* Type a keyword then press Enter
We use cookies to ensure that we give you the best experience on our website. If you continue to use this site, you're agreeing to our policies.Thanks, I Accept!Privacy policy