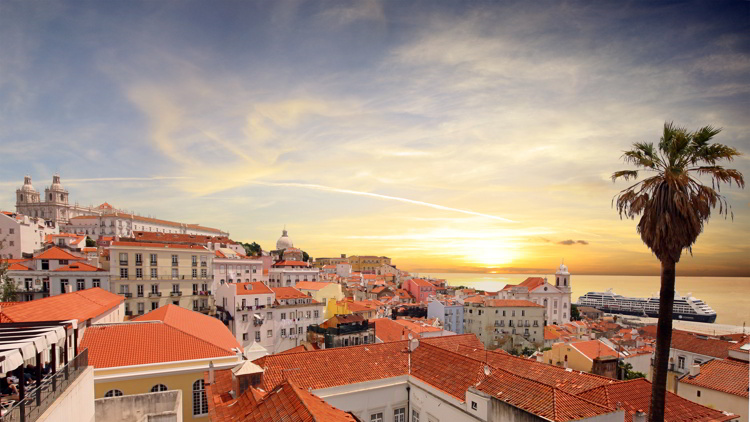 The advantages and rewards of buying and owning property overseas are greater right now than ever before in our lifetime.

If you haven’t yet diversified into real estate overseas, you should be thinking about a first purchase. If you hold an overseas property portfolio already, I recommend you take advantage of the U.S. dollar’s strength against currencies worldwide to expand it.

Here are the six critical factors to consider when making any overseas real estate purchase:

Markets move up and down… and then up again.

At what point in this cycle is the market where you’re thinking about buying right now? In which direction is it moving and why? If the market is moving up quickly because of foreign buyers (think the Spanish costas up until the pandemic), can you expect that foreign interest to continue? If not, who else might your eventual buyer be?

Also, is there a reasonable expectation for appreciation in property values? If so, in what time frame—short-, medium-, or long-term?

In expanding markets, supply typically takes time to catch up with demand, helping to create peaks and valleys in pricing even if the overall trend is up.

In parts of Portugal, right now, for example, it’s a seller’s market because, since the beginning of the pandemic, developers haven’t been developing. They are just now beginning new construction projects that will, when complete, increase supply. Meantime, prices should continue strong until this new supply starts to come online.

#3: The Path Of Progress

Easier and better access opens up locations to broader markets.

Therefore, one way to choose a market for investment is to identify a place where some important infrastructure improvement is planned. A new airport, new train station, new highway, new hospital, etc., can mean a new universe of potential buyers, even a newly paved road, for example, that cuts travel time in half, can make a location more accessible and therefore more valuable.

All these things can translate into an exit strategy for an investor looking to develop or flip.

Investing in property overseas creates opportunities for diversification in terms of market, type of investment, type of property, and currency.

A rental apartment in Medellín gives you an asset in Colombia that could generate cash flow in Colombian pesos. A resort rental in Brazil means another asset type, another economy, another currency, etc.

However, neither is moving all your real estate investment capital out of the United States and placing it in any other single market—Panama, for example, or Colombia or Brazil.

Many investors I speak with recognize that holding property investments in two or three different U.S. cities means they are still fully exposed and vulnerable to U.S. market and U.S. dollar risks. Many, though, don’t see that selling off all U.S. assets and reinvesting the capital in property in a single other country, even if, again, in different kinds of properties in different cities or locations throughout that single other country, is a similarly vulnerable position.

The point of diversification is to make sure you are not at the mercy of any single market, economy, political landscape, government, or currency. A global property diversification strategy could or could not include investments in the United States, but it must include investments in at least two (and preferably at least three) countries, ideally each with its own currency.

One more thing about investing in real estate overseas for currency diversification: Don’t try to time it. You can’t, not in the long-term and not in the short-term either, which is why I recommend, when shopping for a property purchase overseas, that you pay less attention to currency movements and more attention to property values.

It’s impossible to know which way any currency is going to move day-to-day. Meantime, while you’re trying to time the currency, the property market is moving, too.

If you know that you’re interested in a particular market and the local currency takes a sudden hit, you could take that opportunity to move money in anticipation of making a buy. However, waiting for the currency to do what you want it to do, you run the risk of missing out on a good investment just because the time isn’t “right” from a currency point of view.

You can’t time when you’ll find the piece of property that you’re searching for unless you don’t allow yourself to begin looking until the currency moves to where you want it. That’s a backward approach. It’s much better to lock in a good deal on a property than worry too much about a few percentage points on a currency move that may or may not happen according to your timeline.

#5: Costs Of Acquisition And Disposal

Remember that these, which I refer to as the “round-trip costs” of making an investment, go beyond agent commissions, and vary dramatically from country to country. This is an important thing to research and understand in full, no matter why you’re making a purchase, including purely for personal use. The investor-buyer who underestimates or under plans for the costs of acquisition and of eventually reselling can undermine his investment before he makes it.

Depending on the market, the costs of purchasing a piece of real estate in another country can include agent commissions, which are split with the seller in some markets, legal fees, notary fees, registration fees, title insurance, and transfer taxes (sometimes called “stamp duty”).

Again, remember, we’re talking not only about the costs of acquisition, but the round-trip costs of a purchase. Exiting comes at a cost, too. When selling, you have the real estate agent commission to pay, and you’ll likely have additional attorney fees. These are usually minimal, even negligible.

The more significant cost associated with exiting a foreign property investment can be the tax hit. Capital gains taxes in other countries range from zero to the top marginal income tax rate in the country (40% or more). It depends on how capital gains are treated for tax purposes. Most countries tax capital gains at a rate of 10% to 25%.

The total round-trip costs of investing in a piece of real estate overseas can range from a few percentage points to more than 25% at the extreme, and that can be before taking into account capital gains capital gains taxes.

It’s not just the extra costs of buying and selling a property that you need to consider. Things you may not have even thought of can make a significant difference to the success of your investment, including maintenance (a house on the beach requires a lot of it); a caretaker (if necessary); property taxes (not every country charges them, and, in some countries, they’re negligible); income taxes (if you’re earning rental income); capital gains taxes (when you eventually resell; again, not every country charges them); other local taxes; property management expense (you’ll need a property manager if you intend to rent); rental management expense (separate from property management and necessary unless you’re going to manage your rental investment yourself, something I don’t advise); and homeowner’s association/building/condo fees. Make sure to sit down and incorporate all of these extra expenses into your budget, they can make or break a potential investment.