You’re Losing More Than Money By Not Going Overseas Today 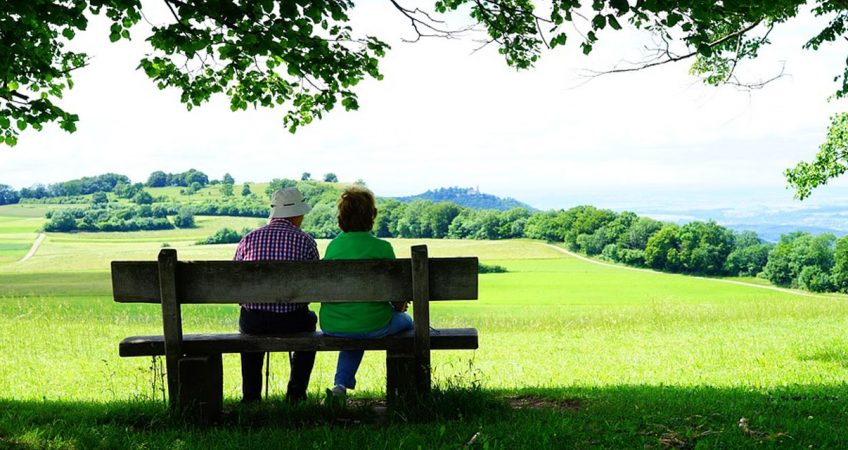 Overseas Economics: Age In Place Overseas In Luxury... Instead Of At Home In Poverty

My wife Vicki and I find ourselves in California for a few months. A popular new book here, “The Truth About Your Future: The Money Guide You Need Now, Later, And Much Later,” predicts a startling future, largely free of disease, free of routine college education, of traffic accidents, old-age homes, drivers, and more. The author believes long-term predictions should transport us out of our comfort zones. In the process, he gets carried away. Seeing a future that’s similar to the present, he says, prevents us from seizing the moment.

I paid special attention to two chapters. The first talks about where we’ll want to live in 30 or 40 years. The second covers long-term care. In both cases, I found an insular, outdated world view.

I confess I was astonished at the lack of lip service, at least, to living abroad. This author wants to shake us up, wants us to get used to rapid change. Yet he omits any mention of living in Mexico, Panama, or Malaysia. Overseas living can offer hugely preferable alternatives compared to shared housing or niche communities.

Perhaps 5 million Americans live overseas today, with millions more moving abroad in the coming decades. Yet financial planners largely ignore the expat world. Americans may be self-centered. I suppose everyone, all over the world, can be considered self-centered. Yet I think it’s folly for a book on the future to omit the thought of living overseas. I think many of us could decide living on the beach in Brazil or Chile, in a bustling city like Singapore or Saigon, or a sleepy town like Taiping or even Chiang Mai, offers far more excitement than Columbus, Ohio.

Vicki and I have lived in Argentina, Mexico, Thailand, Malaysia, France, England, and Spain. We like moving around. At this point, I can easily see us settling down in any one of those countries. In general, we could live much cheaper and better than in the United States. Cheaper air travel, open borders, eased visa restrictions, vibrant expat communities—everything’s going our way.

I Can Talk About Living Overseas Because We've Been There, Done That

If you’re still on the couch, I encourage you to get started with an overseas adventure now, while you’re young, adaptable, and curious. The longer you wait to start, the harder expat living will likely look. Keep in mind the alternatives: living back “home” part of the year, trying several countries before giving up the homestead, perpetual travel, moving to a small condo, and so on.

In my experience, people tend to move overseas in their 60s, then move back to the United States or Canada in their 80s. They opt to return to a grandma apartment in a wing of their kid’s house, perceived better health care, and the old neighborhood. I’ve seen it over and over.

Yet I suspect from here on out we’ll see fewer expats moving back “home.” The world has become more global, the old neighborhood and kids less likely to be there. Over 20% of baby-boom women will never have children. Some 15 million baby boomers will never want to live near the kids, simply because they never had any kids. Even some boomers with children may be wary of living near the kids… children often have needs and troubles of their own.

Most people want to retire, and later move into a nursing home near where they’ve lived. I get that. Oldsters want the neighborhood, perhaps with kids and grandkids nearby. They want familiar surroundings, the same doctor and hospital. They want to be around neighbors, waiters, and shopkeepers who speak English.

Having that care will cost a fortune.

Huge problem, right? But the problem disappears once we look overseas. In Thailand, a friend moved into the McKean Rehabilitation Center, centered in a huge green space on the Ping River. My friend was a bird-watcher—he loved looking out his window at birds in the trees, loved listening to their song.

McKean’s website calls itself a “multi-tiered aged care center where aging in place is possible. Aging in place means providing for the varying degrees of care older people need within the same facility, where residents can maintain contact with friends, staff, and doctors they know, even when they need to change from little to nearly constant care. It is especially good for couples whose aging processes may differ, but here they can receive the different levels of help they need in the same center.”

McKean costs a small fraction of what care would cost in the United States. You may miss the neighborhood, sure. Then again, you can afford the overseas alternative.

Why so much cheaper abroad? Low-cost labor, lower taxes, lack of costly regulations, and a culture of caring. Standards vary widely. We need to do our due diligence. For my part, I’ve been impressed by what I’ve seen.

Regardless of whether you’re heading into retirement, already retired, going into a home, or require nursing care, consider doing it overseas. Again, get started as soon as you can. When you’re feeble and in your 80s, moving to a nursing home or other facility overseas can seem like too big a step.

We know at least one man who did it. His son set him up on the beach in Goa, India. Dad enjoyed friendly servants, friendly neighbors. He lived way better than in Milwaukee, where his meager pension kept him on the verge of poverty. His pension went a long way in India. Dad later died in India after enjoying (according to Dad) the best years of his life.

I think Dad was an exception. For one thing, he had kids setting the table. And he was unusually spirited. For most of us, we need to become familiar with living overseas while we still have plenty of youthful vigor.

Who Will Manage Your Money If You Can't?

Finally, consider the problem of turning over management of your assets to someone else. Many who require long-term care lose the ability to manage their own affairs. If we stay in the neighborhood, we can rely on loved ones to write the checks, manage our assets, and otherwise attend to details. Or not. We hear plenty of stories about daughters or nieces ripping off Grandma.

Money management problems could be worse if we live in a home overseas. We’ll have to rely on new friends, a trustee, a bank, whatever. Yet I think solutions are out there…

For example, the American and British communities in Buenos Aires run an old-age home called BABS (British American Benevolent Society). I volunteered at BABS for years. Management at the facility worked with relatives overseas, relatives who could help with decisions and even send a few bucks a month to help out. Management also took over investing the often meager funds of residents. I think they did a pretty good job.

Emma Morano recently died in the Piedmont region of Italy. She was 117 years old, born in 1899. If she can live to a fine old age in Italy, so can we, even if we’re not Italian.

Overseas options for housing and long-term care can make for a very pleasant old age. We need to act now to get used to expat living, to make sure we find a comfortable arrangement.