2 Simple Steps To Afford An Overseas Retirement On A Budget 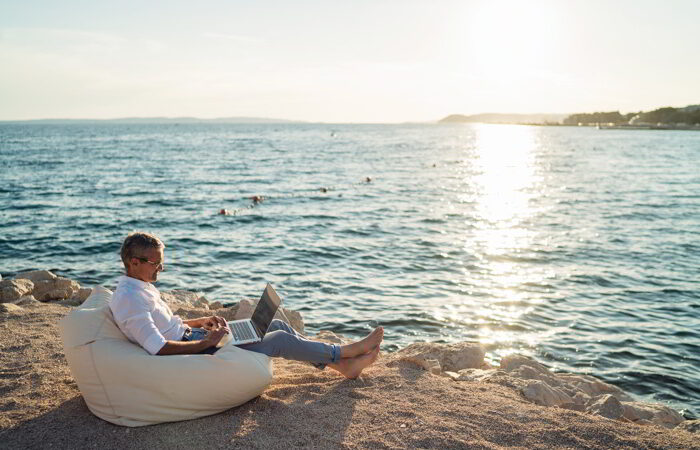 How much money do you need to move to a new country?

That’s not the question to ask.

The question to ask is this: How much money do you have to live on?

I aim to introduce you to places where you could live comfortably on as little as US$1,200 or US$1,500 a month, maybe less. That’s not a big nut… about equal to the average monthly Social Security check.

But maybe a monthly Social Security check is a far distant possibility for you. If you have no other income to count on, is it unrealistic to think about relaunching your life somewhere sunny, warm, welcoming, and adventure-filled?

Nope. You just need to apply a little imagination.

Here’s my blueprint for being able to live wherever in the world you’d like… no matter how much money you have.

Tally up your total monthly income, not including your current paycheck. That is, figure out what income you have beyond any salary that will disappear with your move, if your work can’t travel with you. If you’re moving in retirement, maybe you have Social Security, pension, 401(k), or IRA funds. Whatever your age, maybe you have investment income.

If your total monthly income, as you project it beyond the end of your current working life, isn’t enough to support the lifestyle you want in the overseas destination that has your attention, you’ll need to supplement it, right?

You probably aren’t going to be able to get a job in your new country of residence. In most places, it’s hard or near impossible to obtain a work permit as a foreign resident. (Panama is one notable exception to this rule.)

But Who Wants A Job Anyway?

The point of taking off for some beautiful, exotic overseas haven is to escape work-a-day life, not to reproduce it. The good news is that, while it’s difficult to get a job as a foreigner in most of the world, it’s easier than it’s been at any other time in history for an individual to generate their own cash flow.

As an American abroad, you have an advantage. You come from a sophisticated, competitive marketplace. You understand the idea of identifying a niche and then filling it.

In many countries around the world, the marketplaces are much less developed. When you arrive, you’ll notice straightaway opportunities for small businesses and services that you’ve watched mature and become successful in the States but that here, in this developing environment, don’t exist at all.

Pay Attention To Your Surroundings... An Income Opportunity Could Be Right In Front Of You

Years ago, a friend moved to San Juan del Sur, Nicaragua, where he decided to build a house and a small hotel by the beach. Jim began importing building materials and furniture and then realized that he had nowhere to store the things while construction was underway.

He looked around the area, even in Managua, for a self-storage facility. No such thing existed. So, along with his house and his small hotel, Jim decided to build self-storage units as well. The first units were contracted for before he’d finished erecting them.

Perhaps the easiest way, though, to earn money living overseas is to set yourself up with a laptop-based business. Thanks to 21st-century technology, it’s easy to generate a small stream of income to supplement whatever nest egg or other income you have, or even to support yourself 100%.

Look at longtime friend and colleague Lee Harrison, for example.

Lee, who took early retirement at age 49 to move with his wife to Cuenca, Ecuador, decided that, as part of his overseas reinvention plan, he would take up travel writing.

Today, years later, Lee is one of our core Live and Invest Overseas contributors.

Lee supplements his pension income with the income he earns scouting, researching, and writing for us. This former engineer has reinvented himself into a bona fide investment editor.

Today Lee enjoys a second career that is completely flexible and controllable, meaning he works when and as much as he wants… subsidizing a lifestyle of perpetual travel and discovery.

Lee’s is a dramatic story of successful reinvention overseas but hardly the only one I know. I could tell you about dozens of folks… regular people just like you… who mustered the courage to take the leap and then found ways to generate the income they needed to live the lifestyles they imagined in the places that, for them, qualified as dreamy.

It’s all about finding what works for you.