Why An Agricultural Investment Is A Crisis Safe Haven 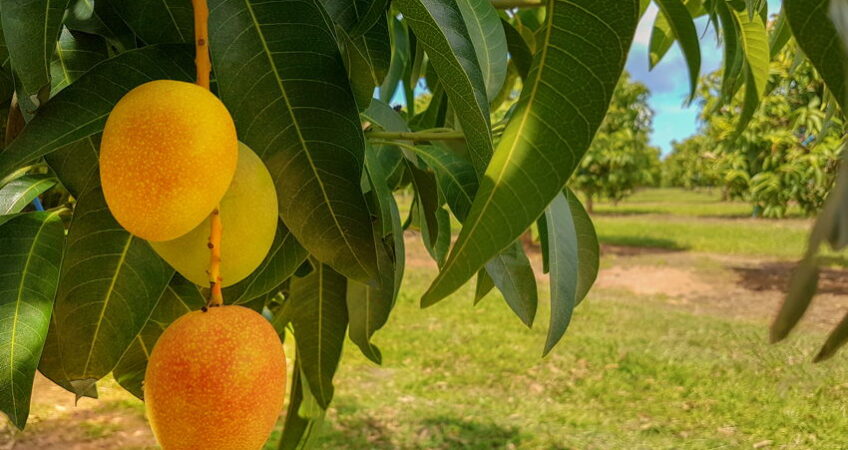 World Borders Are Closing... Here's What You Need To Know

When the doors closed, they closed fast and hard.

Panama has stopped all flights from Europe and Asia. Germany has closed its land borders to all traffic except goods and people commuting for work. Poland had already closed its border with Germany in an effort to get ahead of the virus.

Schools are closed in most countries… in some cases until the end of the school year.

I wrote last week about our son Jackson’s situation. When NYU Shanghai cancelled its spring semester, NYU New York found room for Jackson. Now NYU New York has moved to online learning, and it’s likely Jackson will be required to decamp from his dorm room sometime soon and in a hurry.

The good news is that he has options for where to go.

Kathleen and I have similar options, but, if you can’t get on a plane, your right to be somewhere else doesn’t really matter.

So Kathleen and I are in Paris self-isolating as recommended by President Macron.

In truth, we were mostly self-isolated before. We’d stopped going to our little office in Montmartre and had been working from home. We weren’t going out to dinner or the movies. Our big outings were to visit our recently arrived granddaughter. Normally, we travel everywhere in Paris by Metro. Lately we’ve been taking Ubers.

Until this past weekend, the French had been carrying on with their daily lives with seemingly little thought to the coronavirus. Now that the French government has closed schools, shops, bars, and restaurants, the climate has changed.

Now the French, like so many others around the world, are stocking up. Toilet paper and pasta seem to be the things people worry most about running out of.

We were already stocked up on toilet paper and pasta… not out of pre-planning but in the normal cycle of our ordering habits. We order non-perishables online for about a month at a time. We shop for fresh food at our local shops. We’ve just returned from the Franprix a few blocks away. The produce sections were full and being restocked in real time.

It’s possible at some point that ATMs could stop being filled with cash. I’m not worried, as I follow my own advice. We have some cash and gold coins tucked away. I hope you do, too. If not, now is the time to remedy that.

We’re not in a financial crisis… or facing World War III. This is a health crisis that is exposing the fragility of both the aging global population and the ineffective health care systems and infrastructure in some parts of the world… including and especially the United States.

This virus seems to be affecting older people and those with pre-existing conditions like diabetes. Years of not healthy living could now contribute to collapsing the U.S. health care system.

Meantime, a lack of medical insurance will keep many from seeking testing or treatment.

Governments worldwide are working to slow the virus’ spread. But if they succeed in shutting it down too quickly, we could have multiple rounds of the pandemic, as we did with the Spanish Flu. The herd immunity needs to build up quickly for daily living to return to normal.

You could say that the preppers’ day has come. And, indeed, they are among the best prepared for this current crisis. They can hold up in their bunkers until the virus abates. On the other hand, they won’t be giving their bodies a chance to generate any immunity to the virus, so they could be hit hard when they finally emerge from their bunkers.

Why Agriculture Will Always Shine In These Situations

Eventually, we will all emerge from this.

We humans will again travel, shop in malls, and eat in restaurants, and the NBA will eventually play another game.

Until then, we’ve all got to keep eating, making the agriculture investments I’ve invested in and that I hope you have, too, look smarter than ever. My small stock portfolio is taking a beating, just like everyone else’s, and my short-term rental properties might take a hit, too.

But no matter what happens, people need to eat. I’m looking at adding more agriculture to my portfolio in the short- and long-term.

The current situation might delay or interrupt pieces of your offshore diversification plan, but your objectives should remain resolute. Whether you’re looking to move overseas for retirement, organize your life to spend time in two different countries, or to diversify your investment portfolio to better weather crises like the one we’re all right now living through, keep moving forward as you can.

Yes, physical borders are closing, but ours is a virtual world. There’s a lot you can do long distance.

And, when the physical borders open again, opportunities will abound.