An Urgent Reminder: The Time To Diversify Offshore Is Now 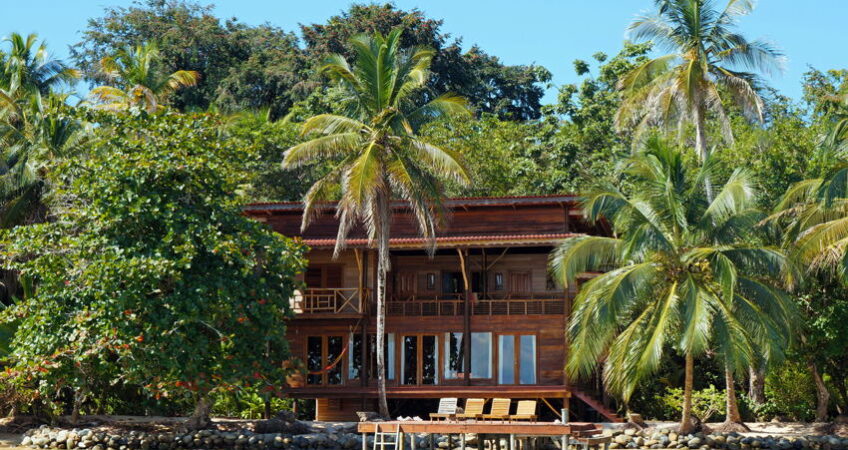 If This Week's Blood Bath Isn't Showing You The Importance Of Diversifying Offshore, I Don't Know What Will

Our son Jackson came to spend Christmas and his winter break with us in Paris.

He was due to return to NYU Shanghai to finish his sophomore year the first of February.

He didn’t because, at the time, China was the epicenter of the Coronavirus outbreak. NYU Shanghai announced it wouldn’t be opening for the second semester of the year, and NYU made space for Jackson at its New York campus.

Now, less than six weeks later, NYU New York has taken classes virtual. The dorms and the cafeteria remain open for now, but Kathleen and I are standing by to hear any minute that that has changed and Jackson must move out.

Meantime, the situation in Shanghai seems to be settling down. It looks like China may have contained the outbreak in that country and is returning slowly to normal life. Now the Chinese are more worried about importing virus cases from outside the country than transmission within.

We’re living through wildly unpredictable times. No one can stay ahead of what’s coming tomorrow.

So don’t try and don’t worry about it either.

Simply carry on with your life.

If you’ve already set up some freedom flags, you have options.

When (I won’t say if because I don’t see how this isn’t going to happen) NYU closes the dorms in Manhattan, Jackson, for example, has at least four options for where he could go next. He could travel to stay with family in Baltimore, Paris, or Panama. He could even return to China if he wanted (Kathleen and I will be lobbying against that option).

My point is that Jackson has residency and/or citizenship that would allow him to stay in any of those countries as long as he wanted.

Italians are living through what the Chinese in Hubei province are coming out of… complete shutdown. Airports will be completely non-operational starting this weekend. Schools are closed. With the exception of grocery stores and pharmacies, most commercial activity has been mandated to a halt. Some restaurants are open but empty.

If the Hubei Province timeline is any indication, Italians are looking at a couple of months of quarantine. If you didn’t get out of Italy before they closed the borders, you’re stuck. Not the end of the world but probably an inconvenience and an interruption to your life.

Now the virus has a foothold in much of the United States. Americans could soon find themselves binge watching Netflix just like the Italians are doing right now. Maybe they’ll be another baby boom. That’s the talk in Italy, where many are predicting a surge in birth rates nine months from now. It’d be a nice silver lining for this country, which has suffered negative population growth for years.

Should You Be Selling Your Stocks?

Thinking more seriously about the current global situation, what are you to do in the face of all the chaos?

Should you take some money out of the stock market, even though that’s going to mean taking a loss, and diversify elsewhere now?

If all your investment capital is in the stock market, I’d say yes.

If you’ve been reading me for any time, you know my preference is real estate. I like hard assets, and on a day like today I remember why.

My tiny stock portfolio is down 15%, like everyone else’s, but I don’t have to care. It’s not enough money or a big enough piece of my overall investment portfolio to matter. Maybe I buy Kathleen prosecco for a few months instead of champagne.

However, again, if you’ve got most or all of your personal wealth tied up in stocks, you need to change that. Selling now will be painful. Many would tell you it’d be foolish.

But I’m telling you that you cannot afford to put off diversifying offshore any longer. If the experience we’ve been living through with U.S. stock markets has not taught you this lesson, I don’t know what will.

Being fully invested in the markets leaves you vulnerable. Surely, this week if never before, you understand just how vulnerable.

How and where should you diversify? I couldn’t say.

I will recommend, though, that you take action today.

How To Profit From The Current Crisis

Big crises like the one we’re living through right now create big opportunity.

I’ve just returned from Ireland, where prices are soft and I believe headed down. I think the Portugal market is probably softer right now than it’s been in six years. Indeed, all Europe is looking more interesting from a property investment perspective than in some time.

Meantime, the U.S. dollar remains strong against the euro, enhancing your buying power. If you’re looking to invest in property in Europe this year (as I suggest maybe you should be), buy euro on the dips to build up a euro stash.

In the Americas, focus on productive land.

I’ve been beating this drum for the past 10 years. If you’ve acted on any of the agricultural investments I’ve recommended, you should feel particularly good about that choice today.

Your assets continue to grow (literally), oblivious to the blood bath on Wall Street.

If you haven’t yet diversified into productive land plays, take some of whatever investment capital you have available and fix that.

If you’d like help talking through specific options, you can get in touch here.