Always Look At The Bigger Picture When Diversifying Your Portfolio Offshore 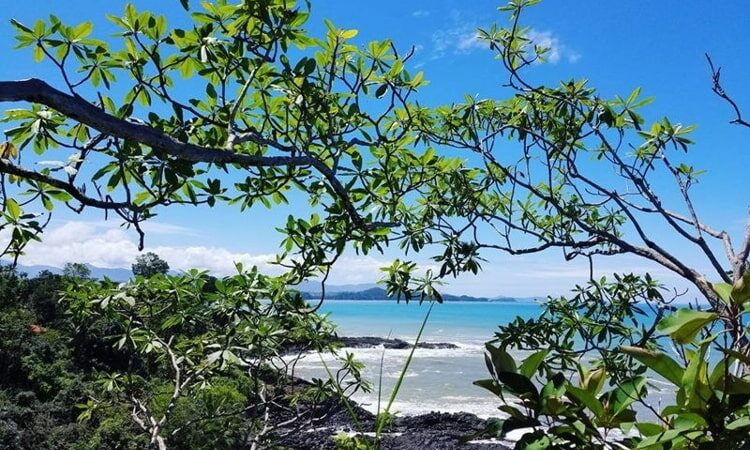 “Where Will People Buy Their Groceries?”

That was the first question one of the civil engineers we engaged asked at the very beginning of the planning for our residential development on the Azuero Sunset Coast of Panama—Los Islotes.

Everyone has their own bias like that civil engineer, which sometimes can get in the way of seeing the bigger picture.

The bigger picture at the time for Los Islotes was planning for electricity, roads, and internet. Groceries weren’t the immediate priority, even though there were already reasonable options for groceries at the time.

When working on your internationalization plan, keep in mind where you’ll “buy your groceries,” but don’t let that divert you from focusing on the bigger picture. Keep your eye on the end goal assuming you’ll find the groceries along the way.

Don't Dwell On The Little Things

I have met many people who got distracted by the trees while trying to plant a forest… From the real estate investor who spent four years looking for the best real estate opportunity in Costa Rica only to never end up buying a single property in the country or the guy refusing to open a bank account offshore because of banking fees.

The real estate investor in Costa Rica was a reader who just couldn’t pull the trigger on anything he found early on. He felt there must be better deals available if only he could penetrate the local market a bit further. While he was doing more research and seeing more properties, he indeed was finding better prices below the original gringo prices he saw.

Property values were going up in the meantime.

At some point, he found himself in a kind of “Catch 22” scenario, where the deals he had seen on a previous trip were better than what he was seeing on his current trip. However, those previous deals were now gone… sold. That pushed him to look for other properties and pass on the current ones in front of him. Finally, after four years he decided the market has passed him by and he moved on to another country.

Coincidentally, a business partner and friend who is also a real estate investor bought a piece of land in his first year living there (which was about the same time the reader above stopped looking in Costa Rica). It was a nice property and based on what he knew at the time, the price was good.

Looking to add to his Costa Rica holdings, that friend continued to look at properties and found another one he ended up buying less than a year later. It was a better property at a better price… and then a third property after that at an even better price.

The approach of my friend differed from the reader in that he was taking action on the best opportunity in front of him. While his first and even second purchase in Costa Rica might not have been the best opportunity available at the time, he pulled the trigger knowing that by the time he found a better deal, the good one available at the moment would probably be gone… at least at that time in that market.

He ended up with three good properties at prices that he was happy with… and that allowed him to ride the appreciation Costa Rica continued to see over the following years. More importantly, his end goal was to have a portfolio of properties in Costa Rica and he achieved that.

The reader who refused to open a bank account overseas because of bank fees is actually many readers that I’ve heard from over the years. They were appalled that banks would charge fees as their banks in the United States give them free checking.

While their goals for having an offshore bank account varied from just moving some cash out of the U.S. system “just in case” to diversifying into foreign currencies, they got stuck on the bank fees. They stubbornly wanted banks in other jurisdictions to operate the same as they were used to back home despite the fact that the function and purpose of the accounts were completely different.

In the end, protecting their assets or diversifying their portfolio were lost to their core belief that they shouldn’t have to pay bank fees.

As my wife would say “stubborn equals stupid.”

Always Focus On The End Goal

At the end of the day, you have to decide how much effort or cost you’re willing to put into achieving your offshore goals. Not every path will get you there even if you’re open-minded enough to ignore the distractions like bank fees or wanting only the best deal.

One friend and colleague started the residency process in the Dominican Republic about the same time I did. Our individual goals were the same… a DR passport. We both ran into the same obstacles created by both our attorney (we used the same one) and the Dominican Republic government. Delays in residency renewals. Extra, unplanned trips because offices were closed during one trip or another. Computer systems down. The attorney not submitting documents on time, etc.

I gave up early after several unfruitful trips to renew my residency after the first year’s permit expired. My friend on the other hand didn’t give up. He continued to push our attorney and eventually decided to switch attorneys.

He’s recently been informed by the new attorney that his application for naturalization has been approved and is in the final stages for him to become a citizen of the Dominican Republic and therefore, obtain a passport.

While our goals were the same, it wasn’t as important to me to get a DR passport as I already have a second citizenship. However, for my friend, the DR passport was a pilar of his long-term plan so he stayed focused on the big picture. Persistence and adaptability were important for him to keep pushing ahead.

As for where to buy groceries if you’re living at Los Islotes, the civil engineer will be happy to know that a store our sales manager for the project recently defined as a “7-Eleven on steroids” will open shortly.

While we were putting in roads, electricity, water, and internet, one of the farmers nearby thought it would be a good business to open a mini market, gas station, hotel, restaurant, and bar on the road to the project.

Focus on the goal and the little details will fall into place at some point.