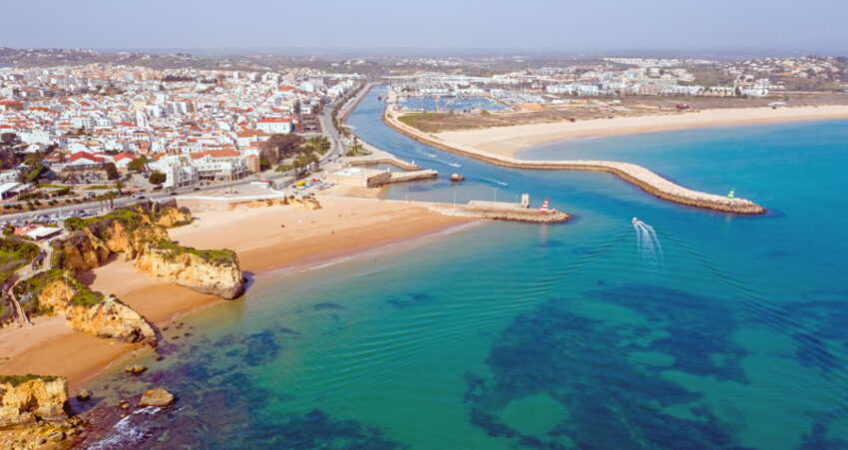 In 2015, we went shopping for a rental apartment on Portugal’s Algarve coast. After eight years of economic crisis, this country was at a bottom and we perceived turning the corner. After exploring several beach towns and villages, we focused on Lagos, where we toured six properties and liked one in particular for its location, undervalued price, and motivated seller.

Our math, based on data from the real estate agent and our own market research, projected a net annual return of 8%. Our general net yield expectation from a rental anywhere is 5% to 8%. We made an offer and proceeded with the purchase.

Other apartments we looked at in Lagos projected as good or better net rental yields and came with similarly appealing price tags. We chose the apartment we did because we agreed we would be happy owning it even if it didn’t rent well or at all. When you’re buying, rental projections are just that. You don’t know what your yield will be until you begin earning it.

The apartment we bought was in the center of the town, on a winding, cobblestoned, pedestrian-only street, with easy access to shops and restaurants, and it had a rooftop terrace with an ocean view. We could use the place for personal vacations, we told ourselves as we stood on the roof looking out at the sea, in addition to or even instead of renting it out. And we did. During the four years we owned the property, we visited four times.

During those stays, we withdrew some of the euro cash accumulated from apartment rent paid into our Portugal bank account and used that money to cover our expenses. It was like a series of free holidays in a 15th-century town on the sunny Adriatic. In addition to vacation mad money, the rental cash flow covered all expenses associated with the apartment and left us with a nice-sized and steadily growing euro nest egg.

The rental return met our 8% projection the first year and hit our 5% to 8% mark each of the four years we owned it, based on the original purchase price.

The problem, if you want to call it that, was that markets across Portugal, including in Lagos, appreciated quickly after this country turned its crisis corner. During a visit to Lagos four years after our purchase, a friend in the local real estate industry suggested we think about selling our apartment.

“I’m certain you could get more than twice what you paid,” he told us.

We didn’t believe him, but two other local agents concurred. Calculated on the much higher valuation, our net rental return was less than 3%.

At that yield, we’re sellers rather than buyers.

All real estate in the Algarve appreciated over the four years we owned our Lagos apartment, but our apartment more than doubled in value. Part of the reason was the location and the type of property. It worked as a rental, but it was also comfortable for full-time living.

In addition, the place had a charm factor that set it apart. It wasn’t one of the cookie-cutter beach resort condos you find along this coast. That je ne sais quoi element was part of the reason we bought in the first place.

It’s not a data point you can enter into your spreadsheet when shopping, but it is something to remember when comparing properties for potential purchase. Building a portfolio of cash-flowing properties overseas is a chance to make money and build wealth, yes, but it’s also a chance to improve your lifestyle. Remember that—sometimes even prioritize that—when making investment choices.

The exchange rate between the euro and the U.S. dollar didn’t move much over the four years we owned the property in Portugal, but it could have.

This is another reason it’s better to buy in places where you want not only to make money but also to spend time. We were happy to spend the euros we were earning locally, meaning we were insulated against potential currency downside. It didn’t matter to us if the euro lost ground on the dollar, because we weren’t converting our euros into dollars. We were spending and accumulating them in euroland.

Likewise, when we sold that apartment, we kept the proceeds in euro, ready for a next EU investment.

That said, when investing in real estate that trades hands in something other than your base currency, you need to be prepared for the potential consequences. If timing is on your side, a fluctuating currency exchange rate can boost your total home currency return. If not, it can erode it.

We have had both experiences over the 25 years we’ve been investing in real estate overseas.

We invested once in a hard money loan with (that is, we lent money to) a developer in Australia who was offering an annualized return of 12% for an 18-month term. When we made the investment, the U.S. dollar was strong against the Aussie dollar. Over the course of the 18 months that we held the investment, the U.S. dollar weakened. As a result, after the loan had been repaid, our total return in U.S. dollar terms was 12% plus an additional 30% thanks to the currency movement. Nice surprise upside, right?

On the other hand, when we invested in Medellín, Colombia, in 2011, the Colombian peso was at an historic high against the U.S. dollar. Today, the situation is reversed. While our apartment in that city is worth more than three times what we paid for it in peso terms, it’s worth about twice as much in dollar terms.

That matters, though, only if we sell and convert the resulting pesos into dollars. We have no need to sell and so continue watching the property’s value appreciate while waiting for the peso to rebound.

Market values move up and down. Currency exchange rates fluctuate in cycles. Cash flow carries you through. Meaning cash flow math is the key to success.

However, This Is Not Only About The Money

When investing for cash flow overseas, you want to make buy decisions based on the cash flow math, but you also want to remember the big picture. This is an investment strategy, yes, but, more important, it’s a lifestyle. So, before you begin considering where or what to buy, ask yourself what you want your life to look like.

That’s the place to start. What life objectives are you hoping to achieve? For the best outcome, you want to marry those with your investment goals.

Fundamentally, the real advantage of this strategy is diversification, of your portfolio and assets but also of your life, your retirement, and your legacy.

We are living at a time that presents the opportunity to take the investor’s profit agenda, combine it with the live-better-for-less agenda of the retiree, and transfer it overseas.

You have a chance right now to use overseas real estate as both an investment vehicle and a program for a new and better life, both immediately and longer term in retirement. Overseas real estate amounts to the surest strategy for creating and preserving legacy wealth while simultaneously reinventing your life and rescuing your retirement.

Many options exist for where to buy to make money while also making a new life, and, thanks to our Age of the Internet, it is possible today to seize these opportunities easily and cost-effectively to build a new life while staying in real-time touch with family, friends, business concerns, and investment portfolios from the old one.

The best case is when you are able to find a piece of real estate in a place where you want to spend time, short-term on vacation and long-term in retirement, that also holds out the potential for cash flow and an investment return. This perfect storm of objectives should be your ultimate goal. A holiday home on the coast of Panama can become little more than a headache and a carrying cost if you ultimately decide you can’t abide life in the tropics