The Truth About Developed And Developing Countries 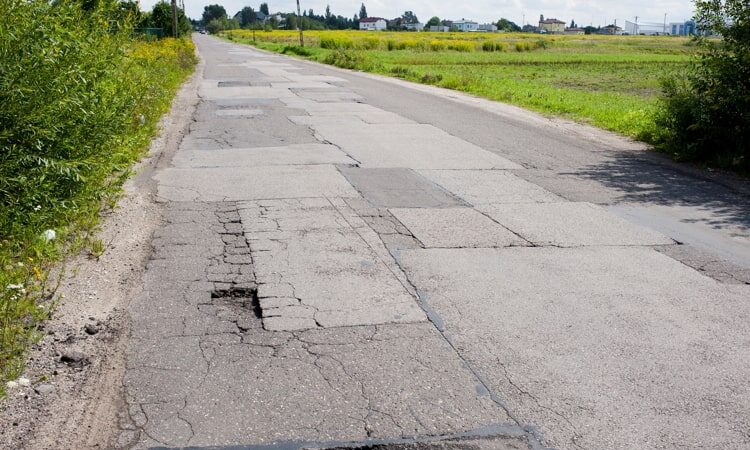 It’s becoming harder and harder to determine what is the First World and what is—to use the politically correct term—the developing world.

Chad might not have even been considered developing when I was there. The capital city N’Djamena had an international airport but not a terminal to speak of… and I don’t remember a single paved road at the time.

Western Kazakhstan had oil (I was working for a drilling company) but not much else. Of course, living in a basecamp in the middle of the oil fields doesn’t give you much perspective on a place.

My last stop with the drilling company, Argentina, was a bit more civilized overall, but as oil is generally located where humans should not be spending time, this assignment had me living in the farthest northern point of Argentina… about 20 minutes from the Bolivian border.

The highway to the nearest city had large swaths of pavement washed out every few dozen kilometers where the water, when it rained, washed away the asphalt. If it rained, you knew the phone lines would be out until the rain stopped. It didn’t seem the wetness was the issue but rather the falling of the raindrops.

Still, I was able to get the local Pepsi bottler to deliver directly to the office so for me, at the time, the location was civilized enough.

How Do You Know When A Country Is Truly Developed?

Last year, while in northern Illinois for several months, I found many of the local streets worse than Panama City. Crumbling, abandoned buildings could be found in most of the rural towns I drove through. The internet was painfully slow where I was staying and my cell phone would never ring when I got a call because the signal was so weak.

I had to renew my driver’s license in Illinois while I was there. Even allowing for the pandemic restrictions, the wait time and hassle was what I remember from previous renewals. It’s the DMV. Still, it was organized and I got my new driver’s license without much hassle.

However, compared to renewing my driver’s license in Panama a couple weeks ago, the Illinois process was archaic. I was able to renew my driver’s license online in Panama. You go to the website, enter your ID numbers, take the hearing and eye test (yes, someone could have been sitting next to me helping), and make your payment.

Panama doesn’t have door to door mail service so I still had to go to SERTRACEN (Servicios de Tránsito Centroamericanos)—the Panamanian version of the DMV office—but they had someone checking people in out front due to pandemic restrictions. I was in and out in less than five minutes.

When I lived in Ireland, I’d make comments about it being a developing country. Most Irish didn’t like those comments, but they were true… and in a way, still are. Local roads in Ireland are as bad or even worse in much of the country as they are in Panama, Belize, or Ecuador. The motorways on the other hand are new and shiny and better in some ways than many in the United States.

Ireland has, though, put in systems to renew your passport online… even if you’re living outside of Ireland. They sent our new passports to us via courier while we were in France.

The Line Between Developed And Developing Is Blurry... So Where Should You Invest?

As the saying goes, home is where you hang your hat. You just have to decide what kind of hook to hang your hat on.

Bottom line, the lesson here is, what do you need to be happy wherever you’re spending time and what will keep you up at night worrying or stressing. The choice isn’t one country over another. It’s really one specific location over another.

If the electricity going out will bother you, then don’t come to the Azuero Sunset Coast or go to rural Ireland… or Texas this past winter. Or better yet, resolve the issue before it happens by putting in a generator.

If your hot button is internet speeds, you have as many places to avoid in the United States as you do outside of it.

I was fine in northern Argentina despite the developing world infrastructure because the electricity worked, even if the phone didn’t during the rain, and because I could get Pepsi (in most countries at the time that was a difficult hurdle to overcome).

As the developed world falters in many categories and the developing world catches up, you have to decide what you’re willing to deal with and what you’re not.

Paris has some of the hardest water anywhere I’ve ever been. We have to use anti-calcium cleaner in the bathroom regularly. However, the water is drinkable unlike a growing number of places in the United States.

I can put up with the hard water in Paris. I couldn’t put up with no water in Texas because of a major winter storm.

Maybe that’s not a fair comparison (I’m originally from Arizona, where taking pot shots at Texas is the norm), but hopefully, you get the point.

The political correctness trend that created two categories of countries—developed and developing—is actually a disservice to those who haven’t traveled the world extensively.

Chad might be categorized as Fourth World rather than Third World, although I haven’t been since my working stint there more than 25 years ago. I put Ecuador in the fourth-world category for many years simply because, for a long time, its road infrastructure wasn’t as good as the Romans’. That has improved over the last decade.

Developed and developing is a moving target these days. Don’t let past experience or old information keep you from finding the right place or places for you to spend time.