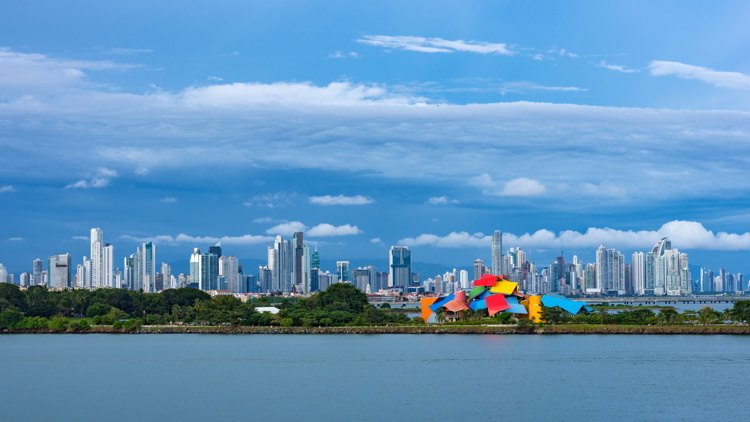 Panama has only recently begun to focus on tourism as a driver of GDP.

Unlike neighboring Costa Rica, Panama has been intent on keeping the nation’s economy from becoming dependent on a single industry.

The carrying capacity of the Panama Canal was doubled in 2016, and it now consistently contributes more than 12% to the country’s economy directly.

Panama’s diversified services sector—including banking, insurance, and services associated with the operation of the Canal such as flagship registry, container ports, and product distribution—contributes almost 70% to the country’s GDP.

Agricultural products such as bananas, coffee, shrimp, and sugar add another 10%.

One of the world’s largest copper mines, located about two hours outside Panama City, is expected to eventually contribute as much as 21% to GDP each year when fully operational, further hedging this country’s economic bets.

Historically, tourism has remained steady at just under 8% of GDP, but that is changing.

Major projects such as the new Panama Convention Center, the new dual cruise ports on the Amador Causeway, and Central America’s only subway are only three of the many attractive features Panama is now offering tourists.

This country’s new Convention Center, officially opened just a month ago, is the largest in Latin America, with 166,000 square feet of space. Already 14 large conventions have been scheduled, with 50 more being vetted.

On Oct. 15, Delta Airlines announced that they will be increasing passenger capacity to Panama City by 80% with new direct flights from New York, Los Angeles, Orlando, and Atlanta… making it easier than ever to come on down to the Hub of the Americas for a convention, a meeting with your banker, or just to hang out in this sunny paradise.

The pandemic changed many things, but one of the most profound has been the way people work and travel. Now that so many are “WFHing” or working from home, the definition of home is blurring.

Where can home be? A beautiful beach, a long-term rental where children pick up an additional language, or maybe a new destination full of possibilities?

As a result of these life-altering questions that we’re all asking ourselves, travel is undergoing fundamental changes. Whole-house and apartment rentals are rapidly replacing cookie-cutter, “what city am I in” hotel rooms with little more than a bed and a bath. Today’s traveler wants more.

Many condominiums units in Panama have been specifically developed to accommodate the tsunami of travelers that is coming post-pandemic. From ocean-facing beach units to those near to schools and multinational businesses and luxury hybrids that embrace both, the lifestyle options in this country check every box.

These options present two opportunities—one for the end-user seeking year-round sunshine and sandy beaches, of course… but another for investors who can take a position for less than US$200,000. With tax abatements and low financing, return on investment becomes attractive.

Tourism A Priority For The Current Administration

Tourism was one of the primary planks of Laurentino “Nito” Cortizo’s promised agenda.

Elected this country’s president in 2019 and in office until 2024, Nito has prioritized the emerging demographics of the “extreme traveler” and the environmentally conscious. His administration has granted a US$6 million contract to a local agency to develop media for international markets targeting these audiences especially.

Cortizo’s administration is also working to show North Americans that Panama, though a small country, is a seriously competitive choice for everyone from sport fishermen, surfers, honeymooners, and glampers to cruisers, spa-goers, and those seeking a totally unplugged umbrella-drink getaway.

Panama has far more to offer the global tourist than neighboring Costa Rica, the country it’s most often compared with…

And now, finally, Panama is working aggressively to get that message out to the world loud and clear.

digital nomads invest in panama Investment Live in Panama Move to Panama Panama real estate rental investment Retire in Panama work from home
Share:
Offshore Living Letter ® 2021
Legal Sitemap Privacy Policy
* Type a keyword then press Enter
We use cookies to ensure that we give you the best experience on our website. If you continue to use this site, you're agreeing to our policies.Thanks, I Accept!Privacy policy