Is Panama Setting The Stage To Become The Next Singapore? 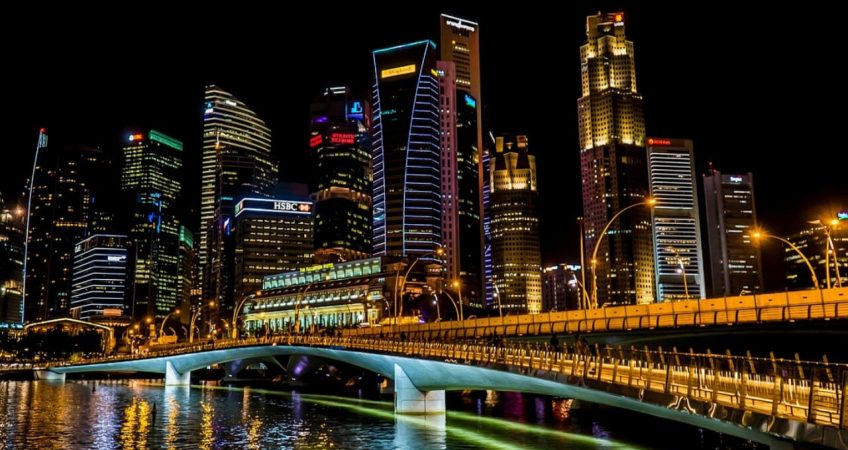 Panama City will be the next Singapore…

I couldn’t tell you how many times I’ve heard that prediction—from Panama property developers, real estate agents, investment advisors, and market pundits—over the years I’ve been doing business in this country.

Back now in Panama City after a week in Singapore, I can tell you that Panama City is not Singapore. The infrastructure and levels of quality, service, and overall experience don’t compare.

But you’ve got to put any comparison between these two places into perspective. Singapore has had a 35-year head start on Panama City.

Gaining independence in 1965, it took Singapore decades to overcome the unemployment and economic woes it faced as a new nation.

Panama gained independence from Colombia more than 100 years ago… but then the United States stepped in to build and manage the canal and exerted huge influence throughout the country during that time.

So I’d say you could count the year that the canal was turned over to the Panama government (that is, 1999) as this country’s real start date.

After the American military took their leave, Panama experienced a minor recession. When all those GIs left, they took their disposable income—which they had been spreading around liberally in the bars, restaurants, and shops of Panama City—with them. Many restaurants closed or sat empty most nights for years following the Americans’ departure.

My first trip to Panama was in 2000. At the time I toured and could have bought a big house in one of the best neighborhoods of Panama City for US$200,000 or less. Today houses of character of the kind I’m thinking come with price tags of, say, US$2 million.

When the U.S. military pulled out, they left behind their military bases… and housing. Back in 2000, army houses on the bases at Albrook and Clayton were selling for as little as US$20,000. Today, these houses trade in the neighborhood of US$500,000.

Still, prices in Panama City today don’t come close to those in Singapore.

The infrastructure today in Panama City, again, does not compare with that in Singapore, despite all the advancements and improvements that, yes, Panama has made on this front over the past 18 years.

And buildings in this city don’t approach the same quality and amenity levels of the average structure in Singapore.

But this is beginning to change… and I predict that Panama City is right now turning an historic corner.

I met with a development group this week that is committed to building for this city’s next stage of growth… building with a view toward what Panama City will be 20 years from now.

In our meeting, this developer made the reference before I did…

“We’re creating Singapore-level quality, services, and amenities,” he told me…

“And, as a result,” he continued, “we’re able to sell our apartments at a premium compared with any other buildings in Panama City.”

Which is still a fraction of per-square-meter costs in Singapore.

This group is setting a new standard… that I believe other Panama developers will follow.

Panama is on this, too.

The expectation is that when the airport expansion currently under way is completed, arriving in Panama won’t be the banana republic experience it (still) is. You’ll feel like you’ve landed in the first world. At least, that’s the objective. I’ll report back as soon as the new airport terminal is open for business.

Another bridge over the canal coupled with a new highway connecting to that bridge is intended to help mitigate the right now nightmare experience that is the daily commute in this city. And, across the city, sidewalks are being installed and electric cables are being buried underground.

Wide, level sidewalks and the absence of low-hanging electrical cables are key requirements for a first world experience…

Are We Forgetting Something?

If I were to offer the Panamanian government some feedback, it’d be this:

Great job on the airport, the sidewalks, and the cable trenches… but don’t forget parking.

Nearly no buildings in Panama City provide adequate parking for owners, tenants, and shops. Office workers park along the streets to avoid paying for parking in one of the few vacant lots turned into parking lots peppered around the city. And most parking spaces are too small for an SUV… despite the fact that at least half the cars on Panama City streets are SUVs.

The developer I met with earlier this week shared these sentiments… and assured me that his buildings will provide legitimate parking areas.

In addition, his buildings feature restaurants, valet parking, and concierge services, along with gyms, pools, and saunas. Most recent designs also include shops and offices so owners and tenants have easy access to things like dry cleaners and convenience markets.

Each new generation of buildings in Panama City pushes the city to a higher level, both figuratively and literally. The low- and mid-rise buildings of the 70s, 80s, and even 90s are being overtaken by 21st-century high-rises of 50 stories and more.

The other things Panama City needs more of if it’s going to compete with Singapore are parks and green spaces. Again, though, Panama recognizes this. We’ve watched as many parks have been renovated in the last few years, and the now 10-year-old Cinta Costera has evolved into a major open-air activity green zone.

Eighteen years ago when we began paying attention to this country, we compared Panama City with other Central American capital cities… and made the point that there was no comparison. No other city in the region had anything like the levels of infrastructure available and under construction at the time in the Panamanian capital.

Today, this point goes without saying.

Because I do believe it’s a matter of time until the two are considered peers.

Meaning right now is the time to be buying property in Panama City.