Why Investing In Panama City Today Is A Different Ballgame 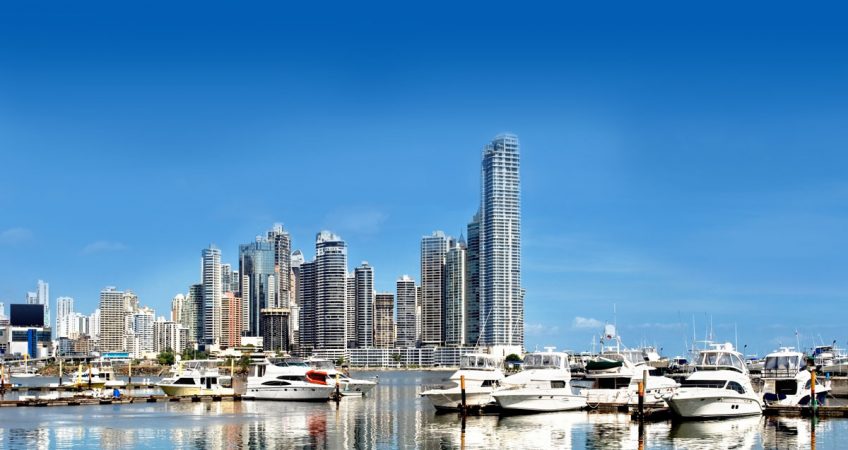 Making Money In Panama City Today—Here’s Where To Buy

I didn’t realize it at the time, but, when I bought a pre-construction apartment on Panama City’s Avenida Balboa 13 years ago, I was taking a position at a dramatic turning point in the history of Panama City’s property market.

The Americans left Panama in 1999, creating a big gap in local spending. Restaurants shut and shopkeepers struggled to stay in business while the government worked to find alternate economic stimuli to replace the cash flow the thousands of departing GIs were taking with them.

The Canal was the obvious big opportunity. For the Americans, the Panama Canal had been a military operation; turning a profit wasn’t an agenda. However, the Panamanians had the Canal making money almost immediately after taking over management.

The next big opportunity was tourism. While the Americans were in residence, Panama’s economy was isolated and insulated. The country didn’t worry about growth; things chugged along status-quo. Left to stand on its own economic legs, the government began looking around for money-making ideas… and noticed that just across the border in Costa Rica and elsewhere in the region, tourism, in particular eco-tourism, was big business.

So Panama began investing, for the first time, in tourism infrastructure and marketing.

The other targets set when this country got serious about developing an economy of its own were growing the banking sector… and attracting international companies to set up regional business headquarters.

It didn’t take long for those early efforts to begin paying off, and, by 2002, the legitimate Panama economy was off and running. Attention from foreign investors and tourists led to the start of a property boom. Values across Panama City and along the country’s coastlines began up and have continued up, with some small dips, ever since.

You could say that 2003–2004 was the last time when real estate prices in Panama City could be considered cheap on a global scale.

That’s when I bought my Avenida Balboa apartment.

Since the completion of that apartment in 2007, pundits have called, at times, for the collapse of Panama property markets. During the 2008/2009 global property collapse, real estate values in Panama City fell by as much as maybe 25% to 30% on average…

While values in Costa Rica, Nicaragua, and elsewhere in the region and around the world property fell by 50%, 60%, 70%, and more.

And Panama City prices recovered within a year or two.

Today, my apartment on Avenida Balboa is worth about twice what I paid for it. A double in value in 13 years isn’t huge growth; that works out to an average appreciation of about 5.5% per year.

However, at the same time, I’ve enjoyed net rental yields (net being the operative word) from that property that have ranged from a low of 6% to a high of 18% a year.

Between appreciation and cash flow, my annual return from this property has been at least 15% per year for the past 13 years.

Panama City real estate is no longer cheap on a global scale, but the city is also not the same city. Today’s Panama City has improved roads, a metro system, an expanded and continuing to expand international airport, more bridges over the Canal for better access to the interior of the country (mostly for workers commuting from and back home to the other side every day), improved ports, and improving utility services.

Today’s Panama City is competing in the global economy and on the global stage. Our Panama Letter Editor Charles Conn was able to sit down this month with José Bern, one of the city’s biggest developers, to discuss ongoing growth.

One of the Bern group’s current areas of focus is Costa del Este, where it has been very successful at luring big-deal international operations from Procter and Gamble to Adidas and Estee Lauder to set up regional headquarters. This translates into tens of thousands of executives and staff moving to Panama City and contributing to the local economy. They all need places to live, to shop, to bank, to send their children to school, to have their hair cut, and on and on.

What effect does all of this have on the Panama City real estate market? I don’t think I need to spell out the answer to that question for you.

So while you wouldn’t call Panama City real estate cheap compared with real estate for sale in other regional cities, that’s not the comparison to make today.

A more appropriate comparison to make today would be between property values in Panama City and those in a similarly globally positioned city like Singapore.

When you do that, you conclude that property values in Panama City are in fact cheap… and you conclude further that it’d be reasonable to expect them to continue to appreciate as Panama continues to evolve into the global city it is on track to become.

That doesn’t mean you should buy just anything in Panama City and expect it to appreciate in value rapidly or to provide a great rental yield. Neighborhood trends play an important role in this market, with wealthy locals and expats leading the way to the most valuable addresses.

The current big shift is actually away from the city itself to the emerging suburbs of Costa del Este and Santa Maria. High-end properties are being built, including houses and even apartments with US$1 million-plus price tags… and people are buying them. Those neighborhoods are taking over from the formerly sought-after zones of Altos de Golf, for example, for those with seven-figure budgets.

Avenida Balboa remains and I believe will always remain a top-tier market. This is a core thoroughfare, fronted now by the Cinta Costera park, where an apartment will hold value long-term and always find a renter.

I’m taking a fresh look at real estate investment and second-home opportunities in Panama City and beyond in preparation for our Live and Invest in Panama Conference. We’re targeting where, exactly, we want to focus the attention of all those in the room.