Why Panama’s Economy Is In A League Of Its Own 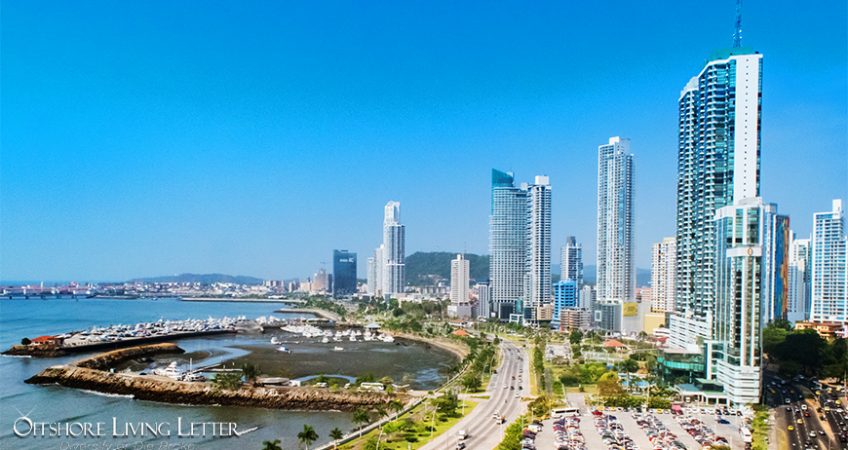 The Powerhouse That Is Panama

“What’s the first word that comes to mind when you hear ‘Panama’?” full-time Panama expat Charles Conn asked the crowd in Panama City the last afternoon at the Live and Invest in Panama Conference last week.

“The Canal,” replied the audience.

“Another thing you probably think of are hats,” continued Charles, “although Panama hats are made in Ecuador…

“Mossack Fonseca is a highly successful firm that made a huge amount of money selling offshore companies. They are now being investigated for criminal intent.

“Unfortunately, the whole ordeal has been dubbed the ‘Panama Papers.’

“Mossack Fonseca’s headquarters are in Panama, but the firm has offices in dozens of countries. All the attention from the ongoing scandal, though, is focused on Panama, and this country is going to have a tough time living this one down.

“Add to that the recent Odebrecht bribery scandal, and it’s clear the specter of corruption has been looming large in the background here…

“The good news, frankly, is just about everything else to do with Panama’s economy.

“Why should an expat or investor care about the economic situation in the country where he’s interested in living or investing?” Charles continued for all assembled in the meeting rooms of Panama City’s Marriott Hotel.

“I’m from the Panama Canal Zone,” Charles continued, “but I’ve been living outside this country for more than 20 years, traveling across the United States, and all around the world, and I can tell you, based on my experience as both an expat and a global adventure seeker, the economy of any country touches upon the lives of every single person who lives or invests there.

“Specifically, here are four reasons to care about the economy of any place where you plan to spend your time or money:

We remind you often that Panama’s economy is strong. Last week, Charles showed all of us in the room just how strong.

That’s way ahead of every other country in Central America.

The country’s economy has been among the fastest growing in the Americas every year since 2005. Economic growth rates since 2010 have averaged 8.47% per year.

Solid growth is expected to continue for the next five years at least. Projections put annual growth rates at 5.5% on average through the end of this decade.

The Panamanian economy is, simply, in a different league than that of any other country in this part of the world.

The cornerstone of Panama’s ongoing and enviable growth is the Panama Canal. For the past 18 years, the Panamanians have run it successfully, impressively, and profitably.

And it’s not only Canal revenues that are driving Panama’s continually expanding economy. The ripple effect of the Canal is, like the Canal itself, big business, creating more revenues for this country’s ports, shipping, logistics, and maritime registration sectors.

In addition, Panama has for years been enjoying tremendous foreign direct investment (FDI)… to the tune right now of 9% of the country’s total GDP. This is coming from all over… from elsewhere in the region, from North America, from Europe, from Russia, from China, from the Middle East…

The whole world recognizes Panama for the safe haven it is.

Foreign direct investment inflows into this country almost reached US$6 billion in 2015, a sizable bet by foreign companies on the future of this small country. Big companies from around the world are taking advantage of Panama’s open-door policies and incentive programs include Maersk Line, Halliburton, P&G, Dell, Caterpillar, Sinopec… more than 100 to date and counting.

Both previous President Ricardo Martinelli and current President Juan Carlos Varela published action plans upon taking office. Martinelli fulfilled on his in full, and Varela is pushing hard to achieve his goals. Between the two programs, a total of US$38 billion has been and is being invested in infrastructure projects across the country.

That’s the equivalent of an investment of US$11.4 trillion in the U.S. economy.

Panama has set an aggressive agenda. This country wants a place on the world stage. It wants to be the new Singapore.

Following World War II, Singapore was decimated. The country had no economy, no money, no resources, no water… only people willing to work hard.

Today, a generation-and-a-half later, Singapore is one of the most developed nations in the world, a First World country with a living standard that is way above that of the United States. Singapore is a dramatic success story that has a lot to do with logistics and transportation.

Mark our words: It won’t be many more years before Panama is recognized as an even more dramatic success story.

You have to look very hard to find a country with better economic fundamentals.

If you’re looking for opportunity of any description, this is a good place to focus your search.