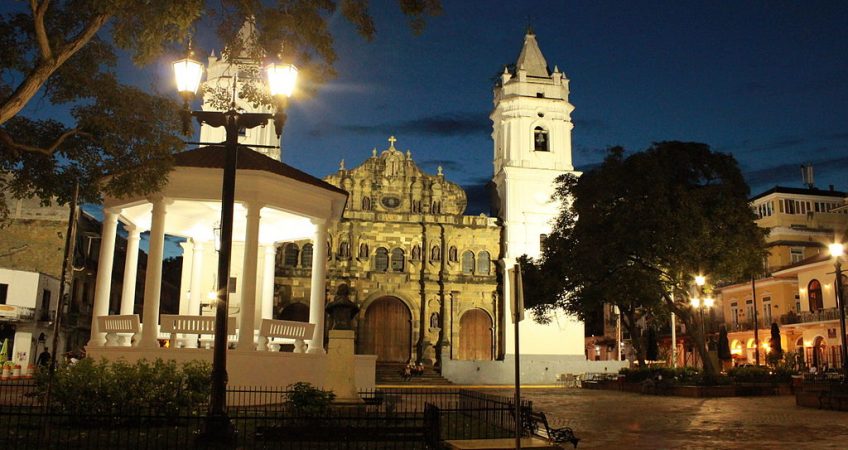 It Was Like Stepping Into A John Le Carré Novel

We held last week’s Live and Invest in Panama Conference in Casco Viejo, the colonial city built out on a peninsula after the original Panama City was destroyed by Henry Morgan in 1670. The new city on the peninsula was easier to protect.

On my first trip to Panama in 1999, I took a quick taxi ride through Casco Viejo on my way to the airport for my flight home. Entering Casco at that time was like stepping into a John le Carré novel. Street vendors, beggars, and prostitutes lined the street into the old town area. The vintage buildings surrounding them were filled with lots more people like them… all living in unadulterated squalor.

Back then, nearly 20 years ago now, the government had just put in place incentives to try to attract foreign investment in the area. At the time, a small number of the old colonial structures this part of Panama City has since become famous for were being emptied of squatters and rent-controlled tenants and readied for renovation. Here and there I saw scaffolding going up.

Moving people out of the buildings would prove difficult and time consuming, but, over the last 20 years, a great many of these great old buildings have been restored to their original impressive states.

Today, chic restaurants, fun rooftop bars, trendy nightclubs, and real world-standard hotels can be found in this UNESCO World Heritage site… along with, especially this time of year, tons of tourists.

People in love with the history and charm of the architecture of the area are paying as much as US$4,000 a square meter to own a little piece of it… when you can buy in high-end modern buildings along Avenida Balboa for as little as US$2,500 a square meter.

Supply and demand… and a bit of price fixing by the few developers who control most of the inventory in Casco.

When we originally moved to Panama City, we thought we wanted to live in Casco Viejo… and we did… for about 10 months.

We found, though, that as romantic a neighborhood as it is, the crazy bad traffic jams in and out, the lack of parking, and the noise from the bars and clubs make this a challenging place to call home. Great choice for a night out… but not so much for a good night’s sleep.

The evolution of Casco Viejo over the last 20 years mirrors the growth and modernization of the metropolis that surrounds it.

Panama's Economy Shows No Signs Of Slowing Down

Even 10 years ago, when I moved to Panama City full-time, the only public transportation option was the Diablo Rojo… those old U.S. school buses that raced up and down the streets of this city trying to get to passengers before the other Diablo Rojo drivers got them.

Back then, a decade ago, the city had two modern malls, one of which was given over primarily to stores selling sports shoes. These, we figured, were money-laundering fronts.

And, back then, the traffic over the one bridge crossing the Panama Canal could be unbearable.

Today, there are three bridges over the Panama Canal, and construction is about to commence on a fourth. (Traffic is still unbearable during rush hour.)

Today Panama City is home to the only metro system in Central America, and Line 2 of this system is under way.

New highways and roads have been built in and around the city and beyond, across the country. New malls (where the world’s top brand names are all represented… alongside a normal number of shoe stores), new air routes (including direct flights to Europe), a new terminal at Tocumen International Airport (to open this year), and the still booming economy (that I predict will continue to expand both short and long term) all support the thesis that this country and its capital city have moved into a new category. This is no longer your typical Banana Republic.

For the past decade, the goal of Panama has been to become a truly modern country and to take its place on the global stage alongside other important global players… to become the Singapore of the Americas.

Remembering this… and seeing the progress the country is making toward achieving this objective… helps to put current pricing, including in Casco Viejo, into perspective.

Prices in Panama City’s best neighborhoods may be too steep for the growing local middle class, but that’s irrelevant. The growing international community is the target market. The question for builders in the city is whether or not the foreigners will continue to come in volume.

I’m betting that the answer to that question is: Yes.

Panama has everything foreign investors and foreign businesses, both big and small, are looking for. It’s centrally located and a hub for international banking, logistics, shipping, and offshore services industries. It’s an ideal place to base a regional corporate headquarters… which is why dozens of international businesses, from Nike and Estée Lauder to Dell and Proctor & Gamble, have chosen to do just that.

I call that Panama’s upside.