The 5 Best Places To Go Offshore And Diversify In 2018 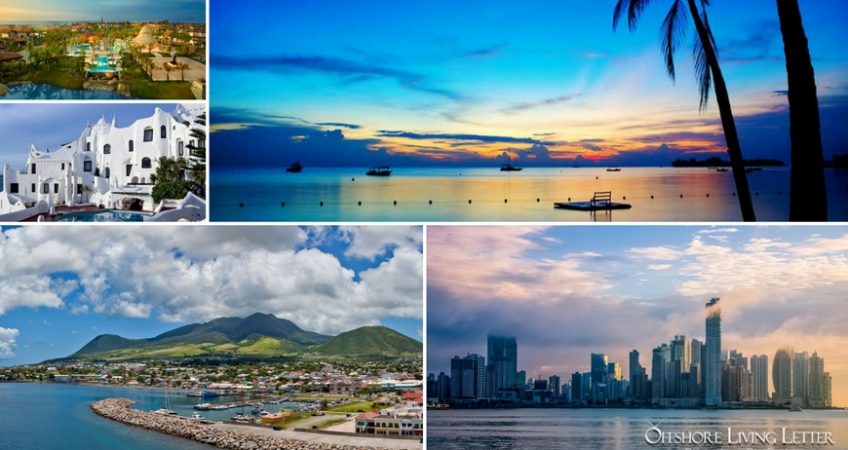 The offshore world is ever-changing. Legislation, regulation, incentives, bureaucracy, and market fundamentals shift the terrain for where could be considered the best places to open an offshore bank account, base a business, diversify your investment portfolio, or establish backup residency, for example.

In that context, where do I recommend going offshore this New Year?

I’d say you want to focus your 2018 flag-planting efforts in these jurisdictions primarily: 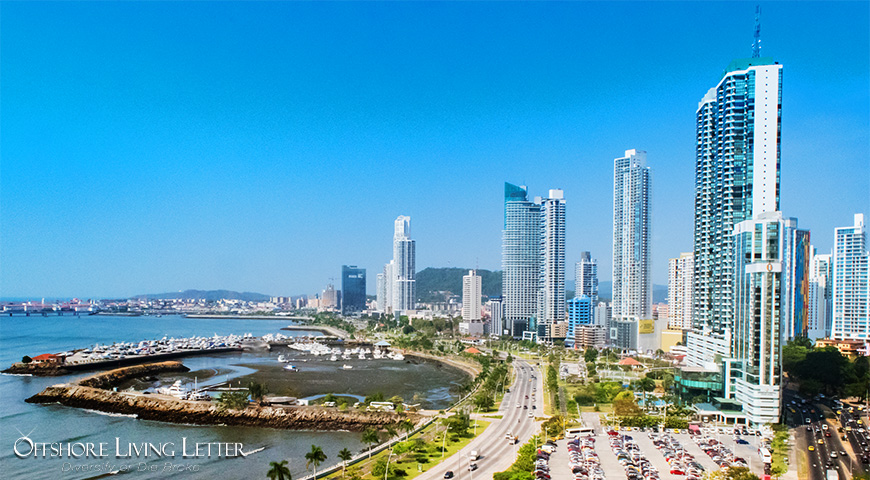 Panama’s reputation as an offshore haven has taken a hit thanks to the Panama Papers and then, quick on their heels, the so-called Paradise Papers.

Given all the bad press of late, does Panama still make sense as a place to invest, do business, or form an offshore structure?

Panama is currently country non grata across Europe and in any OECD country. It’s been officially blacklisted, meaning banks and other financial institutions aren’t interested in speaking with you if you have any association with the country.

In fact, being a legal resident in Panama has kept me from obtaining financing for a project in Europe this month.

However, if your living and investing overseas plans are limited to the Americas, Panama remains a strong go-offshore option.

Organize your affairs properly and you can minimize or even eliminate your tax burden altogether (the latter can apply categorically to non-Americans but applies on a case-by-case basis to Americans, as U.S. citizens resident in Panama must still report and could still owe taxes to the U.S. IRS).

In addition to corporations, Panama also offers foundations, a structure similar to a trust that can be useful for asset protection and estate planning.

The Friendly Nations residency option is still available and makes Panama the easiest place in the world to qualify for residency if you’re from one of the 50 countries on the list. Whether you’re looking for a new place to live full-time or a backup residency, Panama offers many other residency options, as well, including its now well-known pensionado program for retirees.

Banking in Panama continues to be hit or miss. Some banks will open accounts for nonresidents; others won’t. While Panama tries to clean up its now blackened image, banks in this country are doing their part by trying to avoid any possibility of being seen to be laundering money.

That said, if you have legitimate business in Panama, you should have no problem opening an account, though you may have to jump through some or even lots of hoops in the process.

If you are able to open a bank account in Panama, you’ll find that customer service in this industry in this country is (as it always has been) poor. I’ve done business with at least two dozen Panama banks over the years, and right now I would not recommend any of them.

If citizenship is an agenda for you, Panama isn’t the best option. You can qualify for citizenship after five years of permanent residency (the Friendly Nations affords permanent residency from the first approval). However, a friend who went through the process and received naturalization in Panama this year said it took more than two years for his naturalization to be completed… and his wife is still waiting. 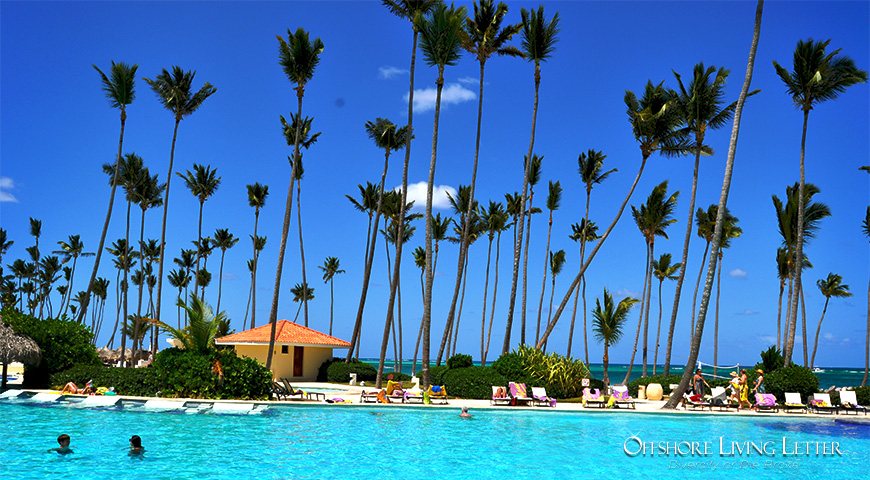 While Panama is a well-established go-offshore destination, my current favorite offshore jurisdiction remains virtually undiscussed in the industry. I believe this will change starting in 2018, when others will begin to recognize the progress this country is making as it works hard to make a name for itself on this stage.

I’m speaking of the Dominican Republic, which is gearing up to give Panama and other better-known offshore havens a run for their money.

Frankly, for my money, the Dominican Republic is already a better choice than Panama, depending on your situation and your objectives.

The best residency option in the Dominican Republic isn’t quite as straightforward as Panama’s Friendly Nations visa option. It’s worth noting, though, that Panama’s Friendly Nations visa exists because of an executive order issued by former President Ricardo Martinelli. Current President Juan Carlos Varela has kept the order in place, but he or the next president could do away with it without warning.

The takeaway from that is that if you’re interested in pursuing residency in Panama through its Friendly Nations program, act now.

You’ll need either to invest US$200,000 or prove income of at least US$1,500 a month to qualify for residency in the DR via the country’s Fast Track program, which grants permanent residency with the first approval.

You need only maintain your residency status in the DR for two years before you are eligible to apply for naturalization.

The Fast Track program originally allowed you to begin the naturalization process after just six months of residency, but it looks as though the government is changing this timing. Still, a residency requirement of just two years is the shortest residency-for-citizenship term I know of anywhere in the world.

Currently a Dominican Republic passport isn’t a great travel document, but the government is working to add the EU to the list of destinations a DR passport-holder can travel to visa-free. My contacts on the ground assure me that this is going to happen; it’s only a matter of time. When this does happen, a DR passport will be much more competitive.

DR residency works well as a backup strategy, as it comes with no time-in-country requirement. Once you’ve obtained permanent residency status, your only physical presence obligation is to return to the country to renew your residency card every four years.

The cost of residency in the DR is very affordable compared with the cost of obtaining residency in Panama, in large part because DR attorneys are much less expensive than Panama attorneys.

The Dominican Republic has fewer banks and much more limited private and investment banking options than Panama. However, DR banks are more open to working with foreign (including American) clients.

In addition, DR banks will lend to foreigners for the purchase of real estate.

And this country’s real estate market remains one of the most interesting in the world right now. 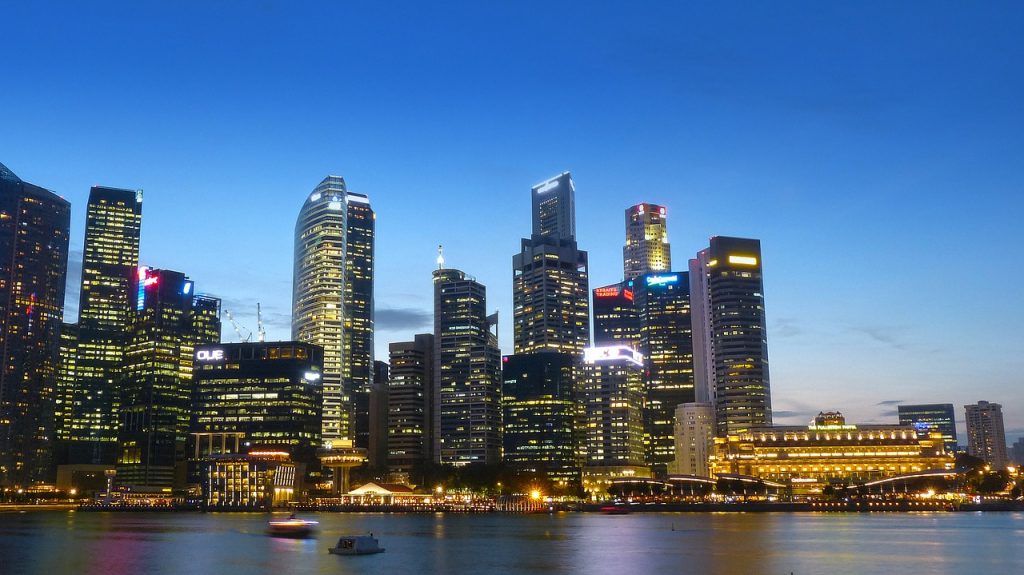 I’m adding Singapore to my list this year, as I believe its position on the other side of the world is an important plus in today’s world.

Generally and historically, I recommend that you go with offshore services in the region(s) where you’re actively investing or living. Time differences can make communicating with bankers and other service providers complicated and slow things down.

Like Panama, Singapore takes a jurisdictional approach to taxation, meaning it taxes only income earned in the country. This makes it (like Panama) a good jurisdiction for setting up a company to house non-Singapore activities. Additionally, Singapore is a banking hub that enjoys greater respect in the global marketplace than, for example, Panama.

You must visit in person to open a bank account in Singapore, which can be a challenge if you’re not based in Asia, but it’s an easy place to get to if you are.

Singapore entities can be good choices, and the nation-state is home to many investment funds and opportunities.

The country falls down when it comes to residency. To gain residency in this country, you must invest at least S$2.5 million (about US$1.86 at today’s exchange rate).

If you’re up for that, you need hold permanent residency status only two years before you’re eligible to apply for citizenship.

Note that Singapore is another country that requires you to renounce all previous citizenships before obtaining Singapore citizenship. Unlike Panama, though, where the enforcement of this rule is virtually nonexistent, the Singapore government takes this requirement seriously. I’ve been told that Singapore authorities will escort you to the embassy of any other country where you hold citizenship to witness your renunciation. 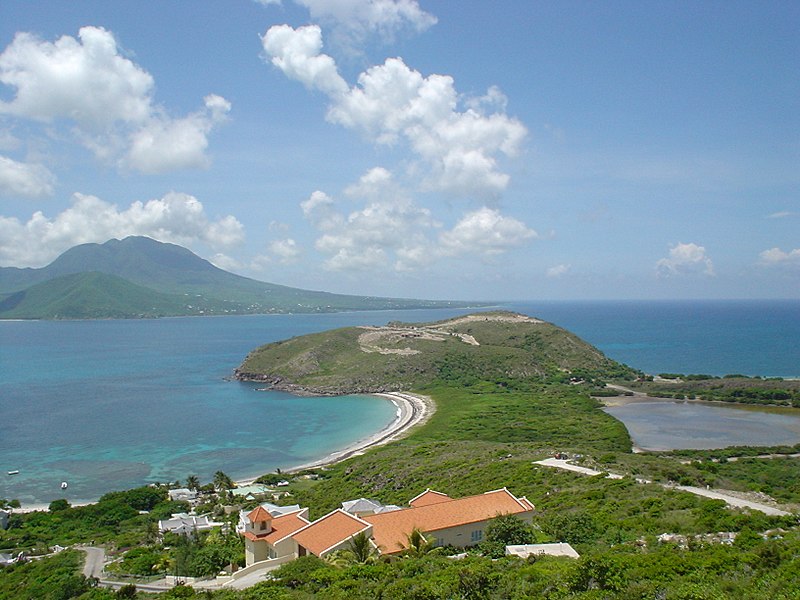 St. Kitts & Nevis is a federation of two Caribbean islands that has made a name for itself for two offshore products specifically.

This comes at a minimum cost of US$250,000, plus legal and government fees… which is why the DR’s Fast Track residency-for-citizenship program is attracting so many people. It comes at a cost of just US$6,000 all in.

On the other hand, a St. Kitts & Nevis passport is one of the best travel documents you can have. If you can afford it, the cost can be justified.

Nevis is known for offshore entities—corporations, LLCs, and trusts. Any of these structures can be used for asset protection, and a Nevis entity provides a strong layer of asset protection that can be difficult to penetrate. A Nevis trust brings powerful protection as well as estate-planning benefits.

St. Kitts & Nevis takes a jurisdictional approach to taxation, making it, like Panama and Singapore, a tax-efficient place to hold investments. You’d owe no tax on the investment income in the country. 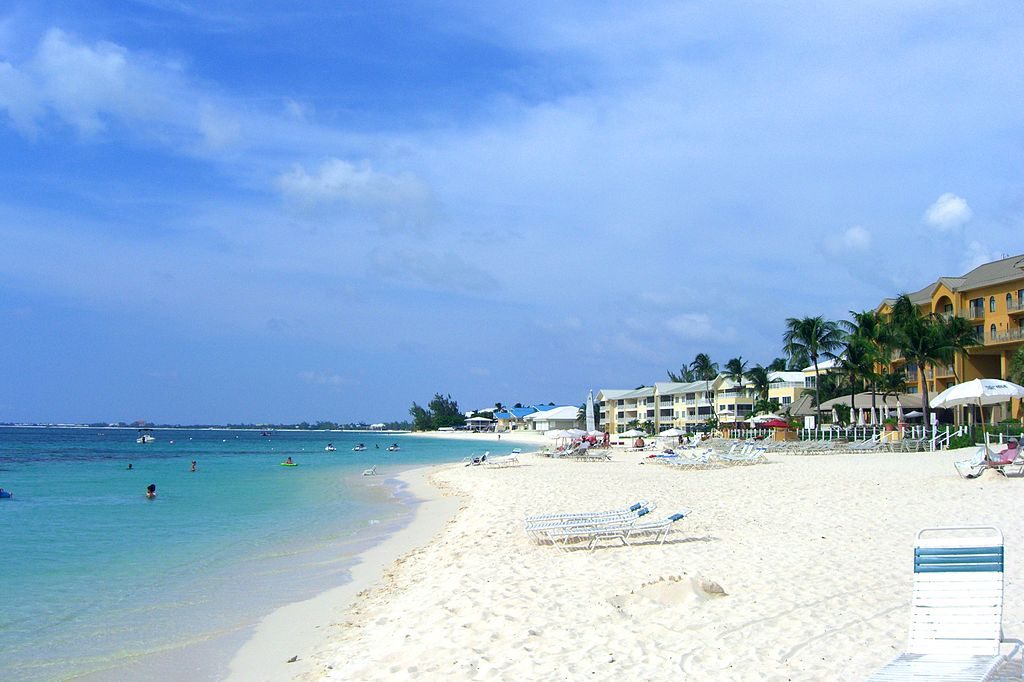 The Cayman Islands are a granddaddy among offshore jurisdictions.

This archipelago is home to well-established financial and offshore entity industries and more than 200 banks, including branches of major international banks, meaning many private and investment banking options.

This is one of your best and most diversified choices for investing in offshore financial investments (international stocks, bonds, and mutual funds).

The trouble is that, thanks to SEC regulations and restrictions, most Cayman banks and brokerage houses won’t deal directly with American clients. An American wanting to take advantage of the investment opportunities on offer in this jurisdiction must set up an entity to hold them. You could go with a Cayman structure, making banking easier, or one from Nevis.

Here’s to a prosperous and well-diversified New Year.