The 2 Rules To Minimize Risk When Buying Real Estate 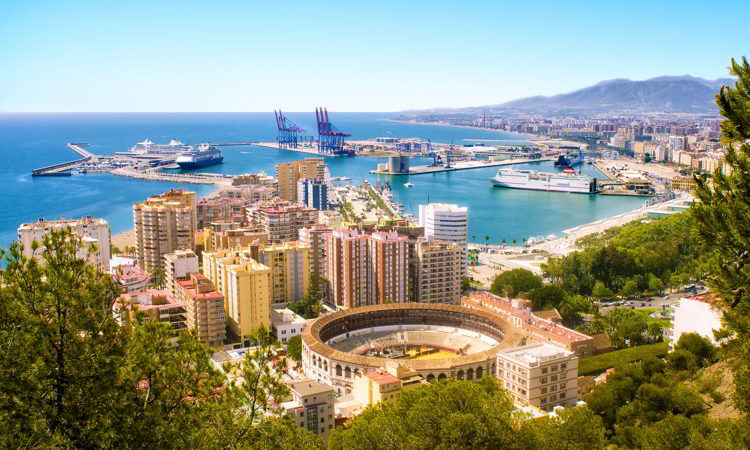 How Much Risk Is Too Much Risk When Diversifying Offshore?

Risk-taking is personal. Everyone has his threshold.

Most people take few risks in their lives. They go with the comfortable job, make the safe investments, and stay within the lines of whatever they do.

Over the years, I’ve learned that education can be a game changer when it comes to perceived risk. Someone living in the United States who has never traveled abroad is likely to see investing in real estate in another country as highly risky.

However, someone who takes the time to educate himself can put the perceived risk into perspective.

For every investment I’ve made, there’s been someone telling me it’s too risky.

My first real estate purchase was in the United States.

In 1995, I bought a three-flat building in Chicago. I was renting an apartment in another three-flat, and the owners notified me to say they were selling the building.

Until that moment, I hadn’t even been thinking about buying a house let alone a multi-unit building.

But I liked the apartment where my wife and I were living, so I began looking into whether it would be possible for me to buy the building.

Step one was to educate myself. I ran numbers, spoke with mortgage lenders, checked prices of other buildings, and tried to get a general read on the market.

Meanwhile, friends and family were telling me it was a bad idea. What was someone as young as I was at the time, just starting out, doing thinking about making such a big property purchase?

While the negotiations didn’t work out for the building where we’d been living (that really was a great apartment… designed by Frank Lloyd Wright), the seed had been planted. I started shopping around, looking for another building.

Eventually, I found a building that met all my number parameters… and I bought it.

What many were advising me against turned out to be one of the best investments I’ve ever made.

After owning the building for just two-and-a-half years, I was able to sell it for almost double what I’d paid.

The best part was the leverage.

The down payment was all of 2%.

What Was The Bank Thinking?

Yes, some bank gave 27-year-old me a 98% loan-to-value mortgage. Clearly, they didn’t perceive the risk that others were warning me about.

My next real estate investment was in Spain. That was the pre-construction purchase of an apartment on the beach.

I spent 10 days traveling the entire southern coast of Spain looking at specific real estate investment options and speaking with a dozen developers and agents.

By the time I got to Estepona on the south end of the Costa del Sol, I had seen a lot of properties… most of them crap.

The developer I met in Estepona had released a new beachfront project the day before I’d arrived. His group hadn’t even set up their sales office yet. They were working out of an admin office down the road.

We visited the site, I looked at the plans and prices, and I was ready to invest. This was the best opportunity I’d seen on the entire trip… and because it was pre-construction, the initial capital outlay for the deposit wasn’t much.

What Did We Know About Spain?

I called my wife, Kathleen. She’s a conservative investor. Her first reaction was what I expected.

“What do we know about the pre-construction real estate market in southern Spain?”

While a 10-day trip couldn’t be called a comprehensive education in Spanish real estate, it was enough, as I assured Kathleen, for me to know a good deal when I saw one. She begrudgingly agreed to buy a unit because I was there and she wasn’t. She had to trust my instincts. And, in the end, she sure was glad she did.

That investment falls into the top 10 most successful of the more than 70 real estate buys I’ve made over the years. The developer sold the apartment for me before I was required to close on the purchase. The returns were almost 100% profit over the less than two years that I held the contract for the property.

Some risk factors are out of your control. Agents, sellers, markets, currencies, Mother Nature, governments… these are all risk factors, and all the education in the world can’t reduce them to zero.

So you have to protect yourself. Educate yourself to understand the real risks you’re taking… and then do what you can to mitigate and manage those risks.

The building I bought in Chicago had three apartments. We lived in one and rented out the other two. What if one of those two rentals were vacant for any period of time? That was a risk, as we needed the cash flow to help cover the mortgage.

My risk-mitigating plan had two parts.

First, I ran my numbers to include a minimum amount of “rent” for the apartment I was occupying. That gave me a buffer in my personal budget.

Second, I realized, after educating myself, that the rents being paid by the current tenants were below-market. I increased those amounts as soon as I closed on the property.

The vacancy rate during the short time I owned the building was practically zero. By the time I sold, the cash flow had reached the point where I was no longer paying rent.

I was living rent-free.

The two biggest risks with the Spain purchase were the developer (would he deliver?) and the amount due at completion. I knew I could cover the progress payments, which amounted to 30% of the purchase price over the first two years of construction, but the 70% balance due if the property didn’t sell before completion was a point of exposure.

At that time, Spanish banks were giving mortgages fairly easily to non-residents. That was my backup plan and safety net for protecting my 30%. If the property didn’t sell, we’d take out a loan in Spain… and rent out the apartment to cover the payments.

The other risk I’ve learned to consider as my investment portfolio has grown is the percentage of my wealth that any particular investment opportunity represents.

If your total available investment capital is US$200,000 and you invest US$150,000 in a single investment, I’d classify that as a risky decision. Your portfolio isn’t diversified enough.

It was hard in the early days to find investments that didn’t take up a large percentage of my overall net worth. Over time, I’ve developed a rule that I break, but it helps to keep risk levels in perspective. I don’t invest more than 5% of my net worth in any single opportunity.

Well, now and then I do… but I do it knowing that I’m breaking my rule and only after serious consideration.

Again, risk tolerance is personal. Only you can determine what you’re comfortable with, but take no risk and you reap no reward.

Take too much risk, and, well, you’ll likely pay for that, too.

The key is to educate then protect as you work to find your balance.

buying real estate diversify inves Investing real estate real estate offshore Real Estate Overseas real estate risks
Share:
Offshore Living Letter ® 2022
Legal Sitemap Privacy Policy
* Type a keyword then press Enter
We use cookies to ensure that we give you the best experience on our website. If you continue to use this site, you're agreeing to our policies.Thanks, I Accept!Privacy policy