Should You Invest In Panama’s Middle-Class Housing Market? 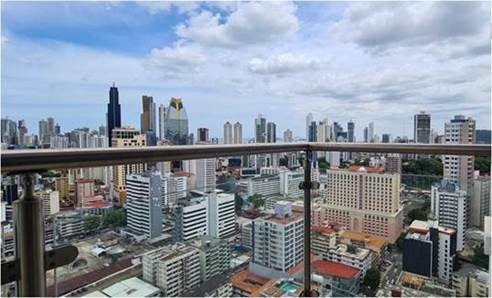 The Best Way I Know To Make Money From Real Estate

When I moved to Panama over a decade ago, a local friend gave me a tip…

“Get into the local housing market,” he told me over lunch one day.

He went on to explain that Panama’s middle class was growing at unprecedented rates and would continue to do so for many years to come.

All these middle-class earners wanted homes of their own. Unlike generations of Panamanians before them who had lived at home until and sometimes even after they’d married, Panama City’s new middle class wanted more freedom… and was earning enough income to be able to afford it.

Meantime, the Panamanian government launched a program making it easy and cheap for locals to borrow for the purchase of a first home.

However, the local housing supply was not anywhere near enough to meet the exploding demand. Thus the opportunity to invest in what became known as “local housing.”

Had I taken my friend’s advice and gotten into that market at that time, I’d be a much wealthier man today.

I could have gotten in very early… but it’s not too late.

Meantime, Colombia, Brazil, and parts of Eastern Europe and Asia all have growing middle classes, as well.

The question is how to profit from these growth markets without becoming a developer.

That was my question to my friend in Panama years ago. He offered to put me in touch with contacts who could have helped me take a position, but I was never able to follow up.

Meanwhile, in the years since, tens of thousands of houses specifically intended for the middle-class market have been built not only in and around Panama City but across the

country. More are being built now… and the opportunity is just as big if you invest in the right location.

In this context, I recommend two opportunities in particular—one in Panama City, the other in the country’s interior.

In Panama’s interior, I recommend you look at a project in David. This is the fastest-growing region of this country right now, with many factors contributing to the full-throttle growth. If I were to invest in Panama’s local housing market today, this is where I’d take a position.

In Paris, where I’ve been for the last couple of months, affordable local housing within the city limits is a growing challenge. Property prices have increased dramatically in certain areas, for different reasons.

Based on the number of property agencies that have opened up in our neighborhood alone in the last few years, I’d say that the real estate industry in Paris is booming. Looking in the windows of those agencies at least once a week to see what’s listed, I ask myself who is paying those prices (more than 20,000 euros a square meter for many properties, which is 33% higher than the most recent average price reported for our area on the Paris notaire website).

Then I remind myself that if a property ends up in the window of a Paris real estate agency, it’s not priced to sell. The best and usually even good deals are done quietly… with many never actually reaching the market. Any serious agent has a list of ready buyers and knows what they want. When the right property presents itself at the right price, the buyer and seller are connected.

Therefore, despite the lofty prices in agency windows in my neighborhood and across Paris, I believe there are still deals to be found… not necessarily for rental returns in the more sought-after neighborhoods that both vacationers and residents, especially new residents coming from London, covet, but in certain key areas.

Overall, global real estate markets have had a good run since the 2008 to 2009 downturn.

Today, most markets have fully recovered and then some. In fact, some markets are overheated from my perspective.

But that doesn’t mean you can’t find a great deal if you dig a little.