Why Returning To America Has Made Me Glad I Live Overseas 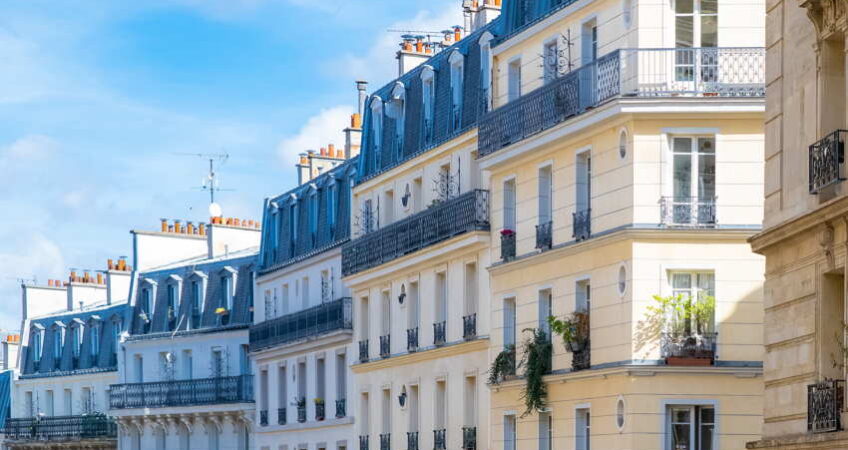 My American Readers May Not Want To Hear This, But America Is Not The Greatest Country In The World

I’ve been in the United States for a month, and I’ve had enough.

It’s not COVID-19 that has me wanting to bug out. Here in rural Illinois where I’m staying, virus case levels are low and stable.

This is the longest I’ve been in the United States at a stretch in decades, and my takeaway is that, to borrow a line from Will McAvoy’s opening monologue in the first episode of the HBO series “Newsroom,” America isn’t the greatest country in the world.

Now, if you’re an American reading this, before you reach for the delete key in anger or begin typing out an email to tell me how I’m all wet, stick with me.

Quality Of Life In America

In every way that you can measure quality of life, the United States doesn’t rank number one. It ranks well in many categories but not best in any one that I’m aware of (now’s your chance to send an email telling me how I’m wrong… I’ll appreciate being set straight).

However, this is a big place, and, even in categories where the United States excels overall, parts of the country lag far behind the developed world.

Take infrastructure, for example. Every time I’m in the United States and especially this extended stay, I’m struck by the poor quality of the infrastructure. The roads I’m traveling every day here in rural Illinois aren’t in any better condition than roads I drive in Panama, for example, or anyplace else in the world where I spend time. And they’re far worse than roads in France, for example, where I’ve got a lot of experience behind the wheel.

This is true not only in the context of roads in northern Illinois. The broken asphalt and potholes I’m bumping over every day here are similar to those in downtown Houston and suburban Baltimore, two other places in this country where I’ve spent time in the last couple of years.

Cell phone coverage, likewise, is hit and miss. Here in Woodstock, my phone gets one bar at best and most calls are going straight to voicemail.

The internet service is maddening. I won’t waste your time with a rant, but I will apologize if you’re a regular listener of our weekly Live and Invest Overseas podcasts. Kathleen and I post one every Wednesday, and we take that deadline, like all our deadlines, seriously.

Yesterday morning, we rose, dressed, set up our little in-house studio, and hit record on our camera. A half-hour later, recording finished, I began trying to upload the file so our staff could edit and publish. That podcast still has not been posted because my upload still has not been successful. It has timed out again and again. Right now, it says we’re looking at three more hours before the upload will be complete… assuming the internet doesn’t cut out, as it has done several times already.

This experience makes the point about why American children need to get back to school. Many don’t have reliable or strong enough internet service to learn remotely. Indeed, many households in rural parts of this country don’t have internet at all.

What Is Going On With Health Care And Diet?

Health care in the United States is a factory experience. One reason I’m here in Illinois is to help my mother with some health problems. The experience is eye-opening in the worst possible way.

Old people in this country go to various doctors regularly for one ailment after another. The result in every instance, as far as I can tell, is for the doctor to prescribe a pill or an injection.

Two out of three commercials on television are for prescription drugs. “Ask your doctor about blah, blah, blah,” every one of them recommends in the end. And loads of aging Americans do. They ask, the doctors write out a prescription, and the patient goes away to buy more drugs to take along with all the other drugs he’s taking, feeding the health insurance and pharmaceutical conglomerates that run the health care industry in this country.

All those drugs come with long lists of side effects, counter effects, and potential complications. One of the first questions I asked my mother when I arrived here was, “Please show me all the medications you’re taking.” I was shocked when she came back to me with an armload of prescription drug bottles.

Despite all the medicating (or, I’d say, at least in part because of all the medicating), the health of the average American is critically low. I haven’t checked the statistics, but my observational experience over the past month suggests that better than 70% of people in this country are overweight and half those are excessively overweight.

They go to their doctors with complaints related to being overweight. Rather than counseling the patient on lifestyle choices, the doctor, to make the point again, writes out a prescription.

I don’t want to get into a debate about why people get fat (there, I used the word). However, I believe that, in most cases, it’s because they eat too much and exercise too little.

The poor eating habits of the average American are understandable. Kathleen and I have found that you have to work hard here to eat healthy. We’ve estimated (after walking up and down the aisles for weeks) that more than two-thirds of the grocery store where we’ve been shopping is given over to non-food items. For every aisle offering fresh fruit and vegetables, meat and bread, there are at least two selling candy, chips, cakes, doughnuts, soda, and a lot of non-food that we’ve never seen before.

We have taken to reading the nutritional labels on each item we’re considering buying. Every processed product has sugar listed among the top five ingredients. It’s no wonder more than 10% of the population of this country suffers from diabetes… and another 35% is considered pre-diabetic.

The boneless chicken breast we’ve been buying weights as much as a third of an entire chicken in France. I’ve seen turkey breasts smaller than the breasts on these chickens. You can’t help but wonder (and worry) about what these birds are being fed.

Single restaurant servings are big enough for two or three people. Kathleen has eaten a third of what she’s been served every meal we’ve eaten out, and even I, much as I can’t stand to waste food, have yet to be able to finish what’s been put before me in every restaurant we’ve frequented.

Let’s talk instead about attorneys!

Television commercials in this country sell one of three things—drugs, charities, or lawyers. “Were you ever exposed to XYZ? If so, you may be eligible for a payout. Get in touch now to talk about filing a suit…” recommend the sleezy attorneys in bad suits.

Like prescription medications and sugary foods, lawsuits have become an industry in this country. We should all aspire to go our whole lives without one, but they are being pushed on us from all angles.

Will My Neighbors See The Light?

Here in northern Illinois, where I’ve spent the last month, most people seem happy with the lifestyle they’ve been sold. I’d say that’s because they’re not aware of the alternatives.

Like Will McAvoy, I’ve undertaken a mission to civilize. Or, well, to expand the minds of my neighbors here in Woodstock.

How’s it going so far? Not so well…

“Where do you live?” one lady who stopped by the yard sale we held for my mother last weekend wanted to know.

“But Paris is so dirty!” she said. “Everyone I’ve known who’s been there says the French are filthy. How can you stand living like that?”

Funny, I thought, I’m wondering the same thing about you.

And appreciating the diversified lifestyle I’ve developed over the past 25 years more every day.