Should You Renounce Your American Citizenship? 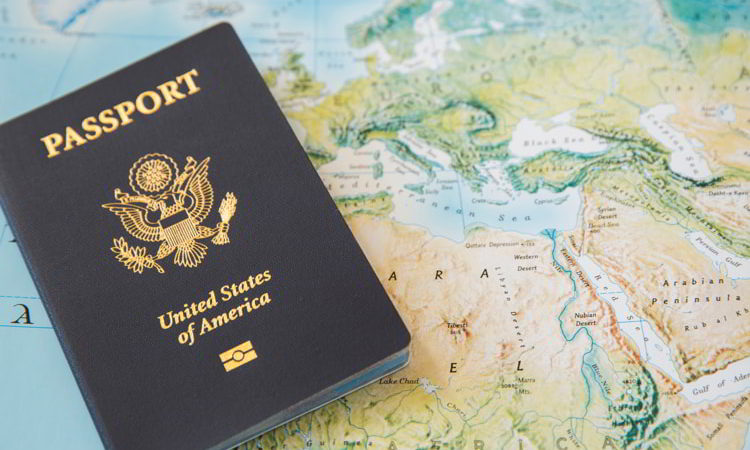 Why Boris Johnson Has Me Considering Renouncing My U.S. Citizenship

When Boris Johnson, soon-to-be former British Prime Minister, sold his London home in 2009, he didn’t pay any capital gains tax in the U.K. but was slapped unexpectedly with a U.S. tax bill.

Boris is an “accidental American,” a person who has lived outside of the United States for the majority of his life but has U.S. citizenship because he was born there.

Being American, unwittingly or not, comes with strings attached.

Americans must report their global income to the IRS regardless of where they live. The United States is one of only two countries in the world with a citizenship-based taxation system rather than a residence-based one. The other country is Eritrea.

Despite describing it as “absolutely outrageous,” Boris eventually settled his U.S. tax bill, thereby cutting the IRS off from any future hold it might have on him.

How did he accomplish this?

Accidental Americans are not the only group that chooses to give up U.S. citizenship. The mega-wealthy, like “Bitcoin Jesus” Roger Ver and Facebook co-founder and billionaire Eduardo Saverin, are among those who have released ties with the United States, as well as dual nationals with political ambitions in countries that don’t allow for alternate nationalities.

An estimated nine million Americans live abroad. What about the average American expat? As tax laws become more onerous and the IRS’s global reach strengthens, could renunciation come to make sense for the everyday American abroad?

Renunciations Are On The Rise

Helping to explain this is the introduction of the Foreign Account Tax Compliance Act (FATCA) in 2010. FATCA requires banks around the world to disclose account information for American clients with US$50,000 or more in their accounts to the IRS.

FATCA was designed to make tax havens harder to access and crack down on money laundering, tax evasion, and terrorist financing, among other nefarious activities. In practice, it makes overseas living more difficult for the little guy.

The global banking industry has to comply with FATCA if it wants to do business in the States. Banks have either figured out how to do this or have dropped all their American clients.

Today, fewer international banks will take on American clients. For those that do, there are higher fees to cover FATCA-associated overheads.

The number of renunciations dropped to 2,426 in 2021, but U.S. embassy and consulate closures during the pandemic have had an impact. What do 2022 and beyond have in store?

A survey by Greenback Expat Tax Services shows that one in four expats are “seriously considering” or “planning” to renounce their U.S. citizenship. The burden of U.S. tax filings are the top reason for this.

Of the 3,200 expats in 121 countries surveyed, 86% feel that their issues are less likely to be addressed by the U.S. government than stateside Americans. They aren’t alone in their thinking.

Advocacy groups have been set up to fight for greater representation for Americans living abroad. American Citizens Abroad, for instance, advocates for taxation, compliance (specifically, “Simplification of US tax compliance for US citizens abroad,”), and representation.

The Association of Americans Resident Overseas targets FATCA directly, citing “Advocating changes to FATCA to reduce the administrative burdens it imposes on Americans abroad” as one of its main goals.

Other Unique Impacts Of Being American Abroad

The other unique impacts of being an American citizen abroad that may affect renunciation numbers:

The Foreign Earned Income Exclusion (FEIE) allows a U.S. person to exclude up to US$112,000 in earned income (not dividends or capital gains) per taxpayer in 2022 if they live and work outside the United States.

The Foreign Housing Exclusion is another way for American expats to reduce their taxable income. To use it, you must qualify for the FEIE and earn more than the FEIE limit. The exclusion amount is your total qualifying foreign housing expenses for the year (up to 30% of the FEIE limit) minus the base housing amount (16% of the FEIE Limit).

You can minimize your overall tax picture by choosing an overseas haven that imposes no property tax, no wealth tax, and no or low sales tax.

How To Renounce U.S. Citizenship

Renouncing citizenship is not as easy as tearing up your U.S. passport. It’s a legal process involving paperwork, interviews, time, and expense.

To start, you’ll need a second citizenship and passport. Generally speaking, the United States will not permit you to surrender your U.S. citizenship unless you can prove citizenship in another country because otherwise you would become stateless.

The process of surrendering your U.S. citizenship is handled by the U.S. State Department or Office of Homeland Security through the U.S. embassies or consulates in your country of residence. It involves multiple interviews, including at least one in-person with a U.S. consular or diplomatic officer. You can’t renounce through a third party or the mail or from within the United States. The would-be expatriate must take an oath in front of a State Department officer as part of the process.

On top of legal fees, you’ll need to pay a renunciation fee of US$2,350. This is five times the amount of the U.K.’s cost of renunciation. High-income individuals will also have to pay an expatriation tax. If you have a net worth of US$2 million or more or if you have had an average annual tax liability of US$171,000 or more (that’s the figure for 2020) for the five tax years prior to your expatriation date, then you have to complete the income and asset section of Form 8854.

Renunciation can take years to achieve. The U.S. Embassy and Consulates in France, for instance, quote a wait time of 12 to 18 months for a renunciation interview.

Marie Sock blames the U.S. Embassy for her disqualification from Gambia’s 2021 presidential election. Gambia requires presidential candidates to be sole Gambian citizens, and Marie’s U.S. citizenship could not be renounced in time.

The Impact Of Renunciation—Is It Worth It?

Renouncing U.S. citizenship means that you lose rights that many around the world are dying for, including unrestricted access to the United States, the ability to vote in U.S. elections and pass down U.S. citizenship to your children, protection of the U.S. government abroad, access to federal jobs, and other benefits. It’s an irrevocable act that should not be taken lightly.

There are financial implications to consider, like the lump sum payment you may be required to pay depending on your net worth, and future potential tax impacts, like the Biden Administration’s proposed capital gains tax, with a top rate of 43.4%—one of the highest in the developed world.

There are also emotional costs. Simply living overseas is still a contrarian concept in the eyes of many Americans. Renouncing U.S. citizenship takes this a step further and could potentially be identity-shattering.

Would the savings be worth the price of citizenship loss? Ultimately, this is a highly personal decision that will depend on circumstances that are unique to each person.

The question is on my mind currently.