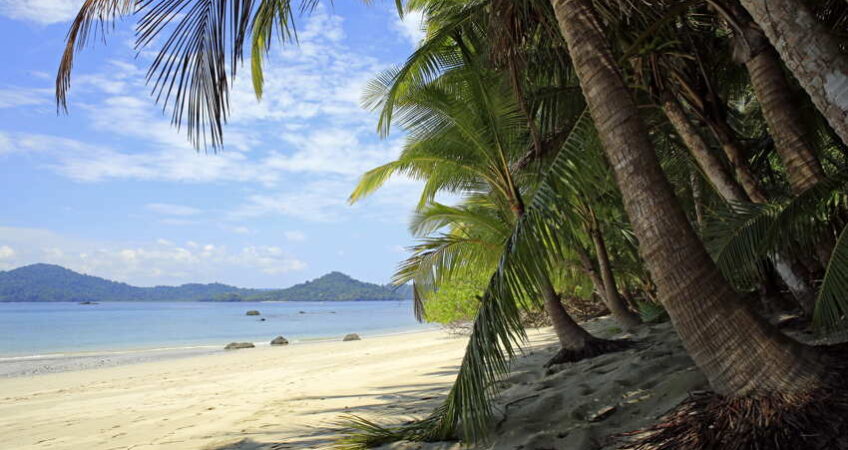 Tourism may be on hold around the world for now, but in some markets the real estate profit opportunities operate completely outside the tourism sector.

These are deals that boast a real return at a time when you need it most.

To that end, let’s look at Panama… and a project that is quickly selling out with only 11 units now available.

A new untapped market here offers solid returns and a low capital investment—for those who know where to look.

The property investment in Panama I’ll walk you through today stands out thanks to a low capital requirement (less than US$50,000), a quick build time and return (23% in 24 months), and a high-demand market (the waiting list is more than 400 buyers).

Right, this is not your typical buy-to-let investment… and, to be fair, I’d categorize it more as a hard money loan.

That’s because the play here is an investment in local housing.

So instead of living in one of these modest homes, or managing it as a rental property, you’ll be collecting a 23% return after 24 months.

Because a massive shift is taking place across Latin America…

The Birth Of The Latin American Middle Class

One of the biggest stories in real estate right now is in Latin America’s growing middle class.

According to the World Bank, Latin America’s middle class has hit a historic high. In the past decade, the middle class grew 50%, and now represents 30% of the population.

Panama, in particular, is experiencing breakneck growth. This is one of the fastest-growing economies in the world thanks to the Panama Canal and a booming financial sector.

The rapid expansion of Panama’s middle class is causing the lower end of the local real estate market to burst at the seams.

I run a couple of businesses here, and I’ve seen firsthand the struggle that some of my employees have had when it comes to finding a new and better place to live (especially outside Panama City).

At the moment, this little country has a remarkable housing deficit of 150,000 low-and middle-income homes.

To prevent a crisis, the Panamanian government has launched a US$1 billion investment in housing to address the shortage

Right now, one developer I know in Panama has been able to tap into a ready-built list of pre-qualified buyers on the government’s preferred interest mortgage scheme…

This project is in David, the capital city of Panama’s second most developed and populated (about 500,000 people) province, Chiriquí, where the shortage is currently 15,000 homes.

Now the catch with these preferred-interest mortgages is that they only work for houses within a certain price range, so the developer is specifically building family homes, in that price range, between US$60k to US$110k.

Locals here will not only get much needed access to an affordable home, they’ll also be within a planned community located across from the general hospital with a permanent employee base.

In addition, a new US$180 million mall has just opened, only 10 minutes away. It has an anticipated permanent employee base of 4,000, giving this development an even longer waiting list.

So the sales side of the equation is firmly taken care of… where do we as investors come in?

As an investor, your money will go toward building the homes, with your return coming from the resale of the houses to the end users.

You’re essentially pre-buying a housing unit that the developer will resell for you at a fixed rate of return.

Once investor funds are received, the developer will immediately begin building the house.

I first offered this opportunity a couple of years ago… and Phase I has sold out to investors.

The first phase of 25 homes are already under construction and most of these homes have already been sold to the end-buyers.

Early investors have already been paid out at the promised 23% return.

You can get in touch here to learn how to join them.

We are now closing out the 2nd phase of this development…

Only 11 homes remain available to investors.

What About The Risks?

The developer behind this project has over 40 years of experience in construction in David, from the city’s public hospital to its gas stations, so the necessary systems and know-how are in place.

Investment funds are held in escrow and released only as construction of the unit progresses. As an investor, you have the house and lot as collateral. If for some reason the developer doesn’t sell the house, then you can take possession of the house yourself and sell it through a local agent. (Obviously, that’s not the goal, but the security of the property is there for you.)

With everything in place, why does the developer need investors? Why not go to a local bank in Panama for a construction loan?

It would cost more, and the developer wouldn’t have as much control over his business if he worked with a local bank for funding. More importantly, banks tend to withhold the full amount of a construction draw, even for simple things outstanding on the punch list.

In other words, the developer wants to avoid the bureaucracy of dealing with banks.

With a list of 400 pre-qualified buyers, the likelihood that your unit will not sell is extremely low. Beyond that 400-strong waiting list, remember that the housing shortage in the area comes out to 15,000 homes.

You can participate starting at just US$49,000.

Your initial investment will hand you a fixed 23% return within 24 months.

But as I said. Phase I has already sold out to earlier investors, and inventory is limited.

If you’re interested in learning more, and securing this fixed return for yourself, go here to get in touch.