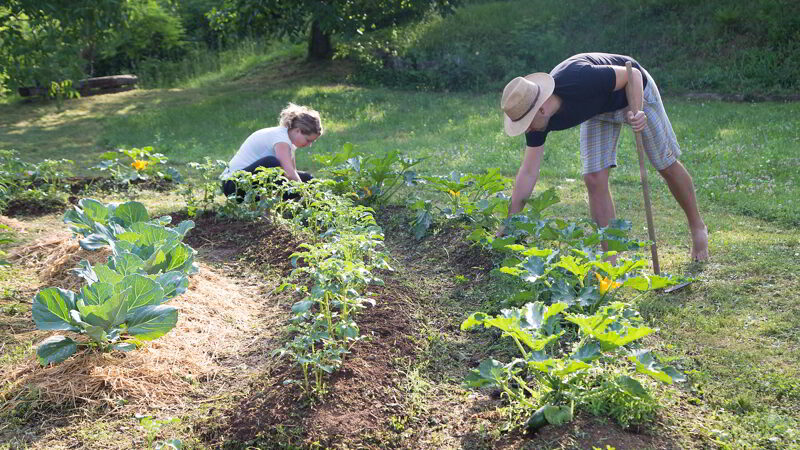 When The Whole World Goes Sideways,
This Is Where You Want To Be

In a world of uncertainty, having an escape plan can help you sleep better.

The details of such a plan differ for everyone.

Maybe a nest egg on deposit in an offshore bank account somewhere is all you need to feel comfortable and confident about your and your family’s future. Or maybe you’re interested in more elaborate apocalyptic planning.

When Y2K loomed, some folks filled bunkers with one-year supplies of food, water, batteries, even ammunition. Jan. 1, 2000, they woke up, along with the rest of us, to the same world we’d all known. Still, they’d been prepared…

Most of us aren’t that paranoid. Regardless, a backup plan is a good idea for everyone. And being prepared for a crisis is one of the objectives behind internationalizing our lives.

One strategy can be to identify a place where you could live completely self-sufficiently. A piece of land where you could grow crops, keep chickens, and maybe make your own wine (a necessity, I’d say, of any reasonable lifestyle).

Once an agenda reserved mostly for hippies and New Agers, aspiring to self-sufficiency is an idea that resonates today more than ever.

How Much Space Do You Need?

Someone I know bought a few-hundred-thousand acres in Argentina where he is establishing his own private, self-sufficient estate, completely off the grid, off the map, and off any public road.

Your escape plan needn’t be so ambitious. A few acres of fertile land could suffice for a small family.

A developer friend is working on a couple of projects in Belize that fit this bill. One is a community where the owners can be “independent, together,” as he describes it. The other is a group of 20 small farms being developed adjacent to each other. Again, you’re on your own, self-sufficient with your own farm, but part of a like-minded community… so not all alone.

Location is a primary consideration. You have to be able to get to your land when the crisis comes. This is why one over-zealous follower of this philosophy has set himself up in Texas. He has lived overseas but has decided that, in the current climate, he’s better off where he can have some land and the guns to protect it. He doesn’t want to have to leave “home” to get to his safe haven, and he’s expecting to have to fight off others who aren’t as prepared.

The guy in Argentina has the opposite problem. No one is likely to bother him on his ranch the size of a small country, but getting there from wherever he happens to be when the crisis strikes (should it strike) could be a long trip. Once he gets himself and his family to his hacienda compound, though, he’ll have no worries.

Where Should You Consider For Your Escape Hatch?

It depends on your perspective. If you want to be far, far away from everything, Argentina is a great choice, along with New Zealand, Brazil, Paraguay, and Uruguay. All these countries have plenty of fertile land and relatively few people. The population density in each is 40% to 70% that of the United States. All boast a great deal of arable land per capita, and all are in the Southern Hemisphere, removed from where any war or nuclear strike is likely to hit.

Nearer to home (assuming home is North America or Europe), top options could include a small farm in the interior of Panama, Belize, or Nicaragua, all places where you could live on next to nothing.

Where should you consider pursuing the self-sufficient life?

When Kathleen and I asked ourselves that question some years ago, at the start of our own backup planning, two places came first to mind—Panama, where we’ve created a self-sufficient situation at our Los Islotes community on this country’s Veraguas coast… and Belize.

Specifically, Kathleen and I have been focused on Belize’s Cayo District, where, over the past decade, we’ve gotten to know local experts in self-sufficient living.

Key among these is friend Phil Hahn, whose development Carmelita Gardens has become a gold standard self-sufficient community.

If you’re interested in the idea of going off-grid and creating a self-sufficiency plan for you and your family—as well as exploring the unique lifestyle on offer in the heart of Belize’s Cayo region—you might find, as Kathleen and I have found, that Carmelita’s “independent together” philosophy could be what you’re looking for.

Argentina Belize going offshore independent living live overseas move overseas Panama Self-Sufficiency
Share:
Offshore Living Letter ® 2021
Legal Sitemap Privacy Policy
* Type a keyword then press Enter
We use cookies to ensure that we give you the best experience on our website. If you continue to use this site, you're agreeing to our policies.Thanks, I Accept!Privacy policy