The Pandora Papers: Lessons From The Rich And Powerful 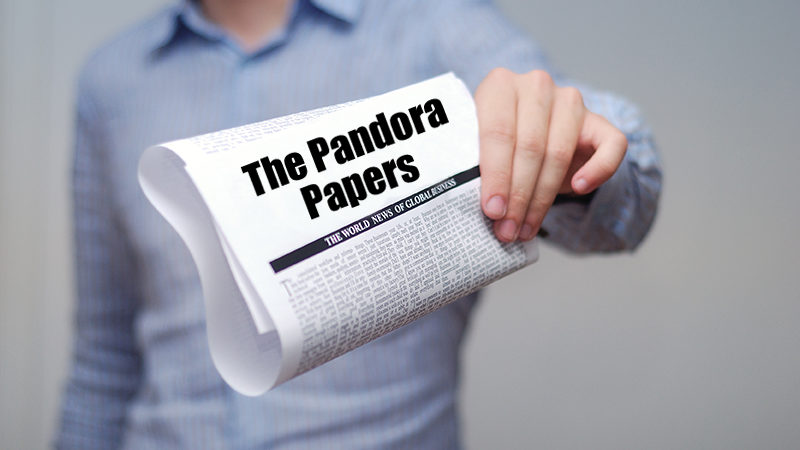 Yes, some of the folks involved in those leaks may have been illegally gaming the system.

With a little more intelligence and a little less greed, they’d have nothing to worry about.

He legally saved the equivalent of US$424,335, simply by using an offshore structure to acquire real estate…

He avoided—not evaded—hundreds of thousands of dollars in closing-cost taxes during a multi-million-dollar property purchase.

As the Guardian reports:

Again, the transaction was 100% legal.

And Blair saved nearly a half-million dollars simply by using one of the simplest tools in the offshore toolbox.

The Truth About The Pandora Papers

While these “loopholes used by the rich and powerful” may anger many, they should only inspire you.

The proof doesn’t get any clearer:

Going offshore is the best possible way to protect your assets and to build wealth.

Now, your next asset purchase may not tip the scales at US$9 million like our former British Prime Minister above…

But a more modest purchase can still result in thousands of dollars in savings for you.

And make no mistake, you can use the same tactics.

Thanks to 21st century technology, it is now easier and cheaper than ever to use the same wealth strategies as the elite.

Indeed, just about anybody can set up business operations, investments, and even a new life in a number of countries around the world.

In fact, you can invest legally in another country in such a way that the IRS doesn’t even want to know about it.

That’s not evasion. It’s just taking advantage of the same rules the rich have.

It Really Is This Simple:

You shouldn’t pay a single penny more in taxes than you are required to pay.

The IRS certainly will not tell you if you’ve overpaid.

In fact, more than a million people overpay every year, to the tune of at least US$1.4 billion in unclaimed cash.

This isn’t a moral dilemma… it’s about following the law.

You see, there’s a big difference between tax evasion and tax avoidance.

Tax evasion will land you in jail…

Keeping money overseas and out of reach of the taxman is completely legal.

In fact, the government had to come up with an irresistible deal just to lure these profits to where the IRS could get their cut…

Apple managed to avoid paying US$12.5 billion in U.S. taxes in just two years. And, over a four-year period, they managed to shelter US$40.4 billion in earnings. But, again, Apple did absolutely nothing wrong… it was entirely legal.

They owe it to their shareholders not to pay one penny more in taxes beyond what’s legally required. They’d be irresponsible to do otherwise.

And you shouldn’t pay one penny more than necessary either.

As long as you’re acting within the law, taking advantage of a strategy like this is absolutely a good thing.

A retired friend of mine—with an earned income of less than US$50,000—uses the same idea to legally avoid taxes on every cent of his income. In fact, I use the same principles myself.

Unfortunately, most people think these strategies don’t apply to them… and end up paying far more in taxes than they need to.

Learning From The Pandora Papers

Make no mistake: Buying and holding assets offshore is about much more than just saving on taxes…

In fact, diversifying offshore is the only proven way to keep yourself from being at the mercy of any one market, any one economy, any one currency, or any one government.

Do you really want to be at the mercy of Wall Street honchos and Capitol Hill politicians?

Global diversification—that is, spreading your assets across multiple countries—is the only way to free yourself from becoming just another cog in the machine.

And I don’t necessarily blame them—but getting upset at the rich and powerful is a fool’s errand.

Why not join them, instead?

That will be the starting point for the conversations I’ll be leading over the four days of my Offshore Wealth Virtual Summit taking place next month.

For these discussions, I’ll be joined by the world’s top go-offshore experts and professionals… convening one and all with the focused agenda of helping all those participating in the event to put together a customized plan for diversifying their lives, their assets, their investment portfolios, and their futures across borders, markets, and currencies.

The strategies of the world’s rich and elite are available to you, too. Let my team and me show you how to benefit.