Lanarca, Cyprus: The Next First World Lifestyle And Investment Option 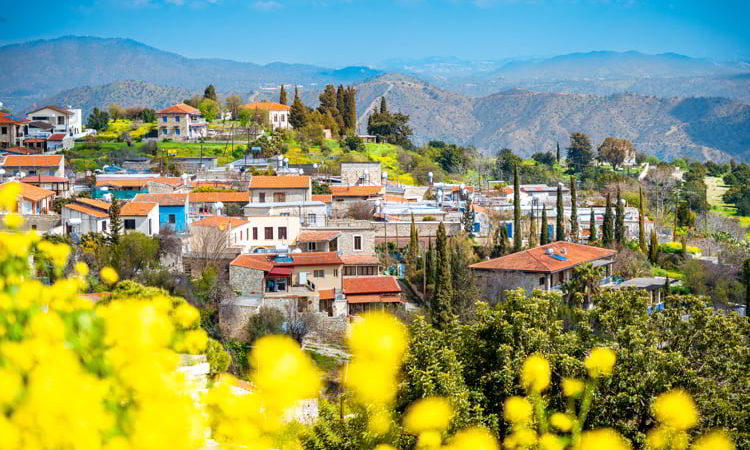 Pivoting From A Complicated Past To A Prosperous Future

Lief and I have arrived in the oldest city in Cyprus because our contacts here have assured us Larnaca is this country’s future.

“It’s good you’re going to have a look for yourself,” a friend told me when I mentioned our scouting plan.

“I was in Larnaca some years ago,” he said, “and it was awful. You really should see it before you take a position or make any recommendations.”

My friend wasn’t wrong. Much of this port city on Cyprus’ southern coast looks like it should be demolished.

And, spoiler alert: It will be.

Larnaca is known for its seafront. It’s got the requisite sand, sea, and palm trees.

The climate is ideal—warm but not too humid with a constant ocean breeze.

All of which explains why travelers from across Europe, Asia, and Africa have long sought out these shores for relaxation and escape.

A short walk from buzzing Mackenzie Beach, where all the tourists gather, is the Turkish Quarter. This Old World heart of the original city is a scene from Zorba The Greek. Centuries-old structures are given over to artisans’ shops and cafés. The main attraction is the ninth-century Church of St. Lazarus, containing the tomb of the saint said to have risen from the dead.

But, beyond the historic old town, this city is downright unappealing. Off-putting. Not a place where you want to hang around.

That’s because, in 1974, when Cyprus was divided, Larnaca lobbied to become the island’s oil and gas supply base. The industrialized harbor that resulted is today a rusting eyesore. I can understand why my friend was not impressed.

Next time I see him, I’ll suggest he plan a return visit… in about seven years.

Lief and I are spending this week with one of the men behind the long-held vision to engineer what will be the biggest development project in all southern Europe.

The enormous do-over now underway along Larnaca’s coast will transform it.

Listening to our hosts detail their plan, I’m convinced we’ve arrived on this scene at just the right moment.

The program now beginning to play out has been 15 years in the making. It calls for the redevelopment of a 12-kilometer stretch, starting at the international airport, to include a promenade with cafés, restaurants, shops, hotels, a theme park, a casino, a marina, and cruise ports.

You’ll be able to arrive at the airport and instantly access what will be one of the world’s leading high-end destinations.

Our host took us to the top of the city’s tallest structure.

“Come, let me show you what I’m talking about,” he said, as we entered the elevator. “Today you will see a lot of garbage buildings…

“But in just a few short years,” he continued as we stepped from the elevator onto the roof, “this will be a different scene entirely.”

Our host pointed to the right…

“There,” he said, “will be the marina… and over there,” he continued, shifting to the left, “the theme park… and down there the cruise dock…”

The redevelopment will take place all at once. In one fell swoop, this coastline will be transformed, oil tanks replaced by sun beds.

Making right now… today… the absolutely best time to be taking a position.

Right now, prices in Larnaca are pre-development. This time next year will be a different story.

The value appreciation potential is enormous.

With the information and the perspective to recognize the opportunity before you before it’s too late?

I’ve had this feeling before… the first time I visited Panama City, Panama, for example…

When I listened to local developers describe their vision for reinventing their city into a top-tier, First World lifestyle and investment option.

A lot of people have made a lot of money thanks to Panama City’s renaissance over the past two-and-a-half decades… including Lief and me… as well as innumerable readers who took our advice when we first gave it.

Here in Larnaca, Cyprus, I’m having a strong sense of déjà vu.