The Complete Guide To Owning A Gun In Panama 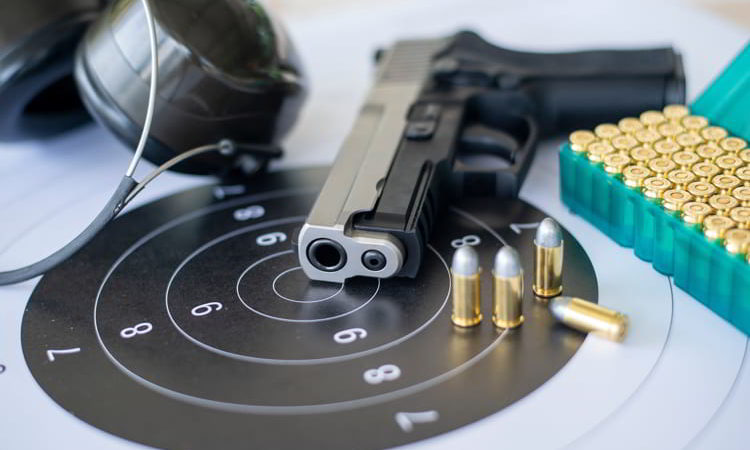 How To Buy A Gun In Panama

Three-and-a-half years ago, I applied for a gun permit in Panama.It was finally approved last month.Last week I went to the Ministerio de Seguridad Pública in Panama City to pick it up.I’d already purchased a gun. In February 2019. The long delay in my being able to take possession of the semi-automatic pistol I bought wasn’t because the government of Panama didn’t want me to have a gun.For a long while, the government didn’t want anyone to have a gun. Gun ownership laws remained on the books, but, soon after I moved to Panama in 2008, the importation of guns was restricted significantly. It became impossible to buy a new gun in this country… because you couldn’t find a new gun for sale. Eventually, the Ministry of Public Safety slowed and then stopped processing new permit applications and the renewal of existing permits altogether.A friend waiting on his renewal didn’t know what to do when his permit expired. He still had his guns. The government didn’t request that he hand them over. He simply no longer had a current permit to own them.So, though, I would have liked to have purchased a gun the year we moved to Panama full-time, I waited before applying for a permit. In early 2019, I got tired of waiting. The process was still at a standstill, but I pushed ahead. Then Cortizo was elected president. When he took office in July 2019, one of the first things he did was to restart the processing of gun permits. Thank you, Nito.By that time, the backlog of new permits and renewals was long. I called every month for a year to check the status of my application… then every three months. Each time I was assured my permit was in process.Then the pandemic hit, and all government processes slowed.As I couldn’t find a new gun for sale when I went shopping for one in February 2019, I resorted to resales from individual owners. The severe undersupply meant anyone willing to sell a gun could ask almost for any price. I’m embarrassed to say how much I paid for mine.

Buying A Gun In Panama

Today, guns are again being imported into Panama. Still, prices are crazy high. Based on my research over the past month, I’d say that new guns are selling in Panama for three to four times what they would sell for in the States. Ammo ain’t cheap either. It’s about 50% more expensive than in the United States. A box of 50 rounds of 9mm ammo is running US$35 right now… and stores are limiting how many you can buy due to a general shortage. One store will sell you two boxes a month… another one a week. On a happier note, now that the local industry is back in business, more gun shops are open today than ever before. I was able to stock up on ammo by driving around town buying a couple of boxes here and a few boxes there.Not only is the price of new guns high, but the selection is limited. Most shops offer just one or two brands, mostly ones I’m not familiar with. I had a federal firearms license for a short time while I was in college so I became familiar with many brands from cheap to high-end. But that was 35 years ago. What I’ve been able to find so far are primarily brands from Turkey and the Czech Republic and lesser-known brands from the United States. One shop has Rugers, one has Sig Sauers, and others have a random Smith & Wesson or other better-known brand. You have to take the time to go in person and see what’s in stock shop by shop. It’s like shopping for an apartment in a town without a multiple listing service.

Obtaining A Gun Permit In Panama

In Panama, you buy the gun first. Then you apply for the permit. The seller holds the gun for you while processing your permit.You have to take a shooting class to show competence with the type of gun you’re buying—semi-auto pistol, revolver, rifle, or shotgun.They take ballistic samples from the gun along with your fingerprints (which they already have from your residency permit). You have to pass a drug test as well as a psychological test.The gun shop will help you with all those steps.Once the application is submitted, you wait.For new applications for first permits, the government office is saying processing time is still up to six months, but they continue to catch up… and applications since 2021 go in a different pile that is processed simultaneously, it seems, to pre-2021 applications. The agency should be caught up by the end of the year.You can own up to 10 guns on the same permit. If you’re buying a gun similar to one for which you’ve already passed the shooting range class, the process is straightforward. You apply to have it included on your current permit. Right now, that’s taking up to three months.Be sure to apply at the same time for both the ownership permit and the carry permit. They are two different things… although the requirements are the same for both. The carry permit has a shorter validity period before renewal is needed. It’s valid for four years, while the ownership permit is good for 10 years.Panama City has indoor shooting ranges and a couple of outdoor ranges, as well as a gun club with range facilities. It costs US$300 a year to be a member of the Balboa Gun Club, plus an initiation fee of US$25. As a member, you have access to tournaments and training courses.So, now I’ve spent a ridiculous amount of money on a used gun… but at least, at last, I have my gun… and my permits.Shooting is my favorite hobby. After more than 25 years living overseas without a gun, I can’t wait to get back on the range.Lief Simon

gun in panama gun ownership life in panama Live in Panama own a gun in panama
Share:
Offshore Living Letter ® 2022
Legal Sitemap Privacy Policy
* Type a keyword then press Enter
We use cookies to ensure that we give you the best experience on our website. If you continue to use this site, you're agreeing to our policies.Thanks, I Accept!Privacy policy