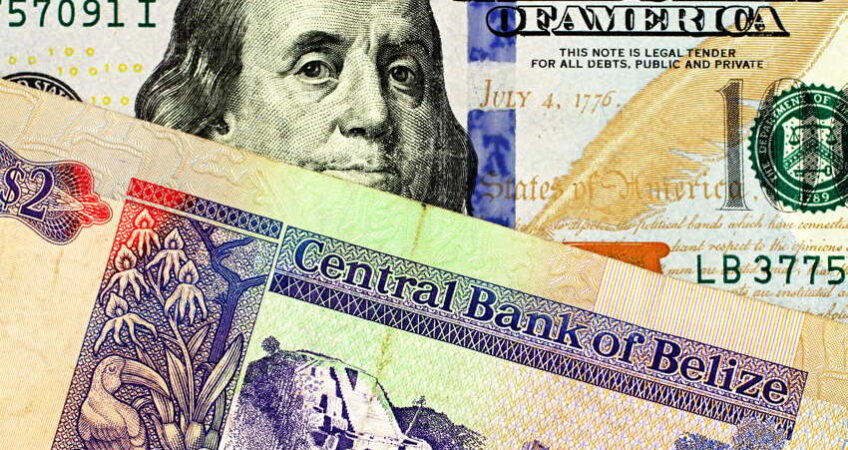 The development had been marketing via TV infomercials in the States. The commercials must have been moving a lot of real estate… enough to get the attention of U.S. regulatory agencies.

Turns out, not all the money was going into the project… and promises weren’t being fulfilled… at least that’s the claim of some unhappy buyers.

As the FTC dug into the situation, in response to the complaints from the disappointed American investors, they expanded their net to include anyone and anything associated with the development.

Eventually, Atlantic Bank International made it to the list of targets.

Atlantic Bank International was associated with the project. They presented their banking services at seminars put on by the development, and the group had an account with the bank.

However, the bank was not involved directly with the project or its operations.

Still, ultimately, the FTC was able to shut down the bank. Talk about extraterritorial reach.

Meanwhile, the U.S. banks where the developer had accounts and was receiving the vast majority of payments for property sales were largely ignored. Definitely, they were not shut down.

Of course, there’s more to the story about the development and the principals, but none of that is our business right now.

My point in bringing this mess to your attention could be classified as a public service announcement. If Belize has been on your radar, you’ve likely heard about the drama. And I know that some readers have held accounts at Atlantic Bank International.

In that context, here’s what I’d like you to know…

My Experiences With Offshore Bank Accounts Being Closed

In the wake of the FTC’s action to close Atlantic Bank International, the Central Bank of Belize and the liquidator brought in to follow through have left account holders with few choices for recovering funds on deposit.

In every one of these cases, as in the case of Atlantic Bank International, the U.S. government was the reason for the shutdown.

One bank was closed because of fraud claims against the parent company bank. The other two were put out of business due to money-laundering claims, again, from the U.S. government.

Each of these three banks eventually reopened after the respective country’s banking regulator took over and resolved to sell the bank’s assets to a new entity.

In the fraud case, the banking regulator took on the SEC, telling the U.S. agency that the bank in that jurisdiction had nothing to do with the claim of fraud (again, remember, in another jurisdiction) and therefore that bank’s assets were off-limits. The SEC was seizing the assets of the other banks owned by the parent bank accused of fraud, but, finally, the regulator in the jurisdiction where my bank was located was successful in getting the SEC to back off in the case of that one bank.

All three of those banks eventually reopened with new owners after about 18 months. In two of the cases, my accounts were made whole. In the third, the group buying the bank didn’t want to take the risk of much of the loan portfolio, so they issued preferred shares for a percentage of account holders’ balances. The idea is that we’ll recoup those funds as the bank collects on the loans. We’ll see about that, but, meantime, we got about 80% of our money directly.

In the case of Atlantic Bank International (not to be confused with the separate and separately licensed Atlantic Bank, which operates as a local bank in Belize), the liquidator is closing the bank and account holders are being given little choice for taking back their funds. Effectively, most account holders will receive a large percentage of their funds in Belize dollars.

Unfortunately, Belize dollars are only good in Belize… and the Central Bank has made it clear to my contacts in the country that account holders will not be able to exchange these Belize dollars for hard currency—not for U.S. dollars or for anything else.

Practicalities aside, many Atlantic Bank International clients have no interest in Belize, per se. They opened accounts simply as a means for holding money offshore.

Another option being offered is to have the liquidator send you a check, but a Belize check is useless outside Belize. You’d have to travel to Belize to cash it. Assuming you could find a local bank willing to hand you enough cash to cover your check, what would you do with it?

Cashing the Belize dollar check doesn’t do much good unless you want to spend the money in Belize. We’re back to a lifetime of Belize vacations.

A cynic could suggest that the liquidators are hoping people will ask for checks and then simply never take the time or be able to figure out how to cash them.

There is another alternative…

Key contacts in this country have been working together to offer options for getting some value out of whatever Belize dollars are due.

If you’re an Atlantic Bank International account holder trying now to figure out how to salvage as much as you can from funds on deposit, you can get in touch here to discuss the possibilities.