Are We In Another Dot-Com Bubble? 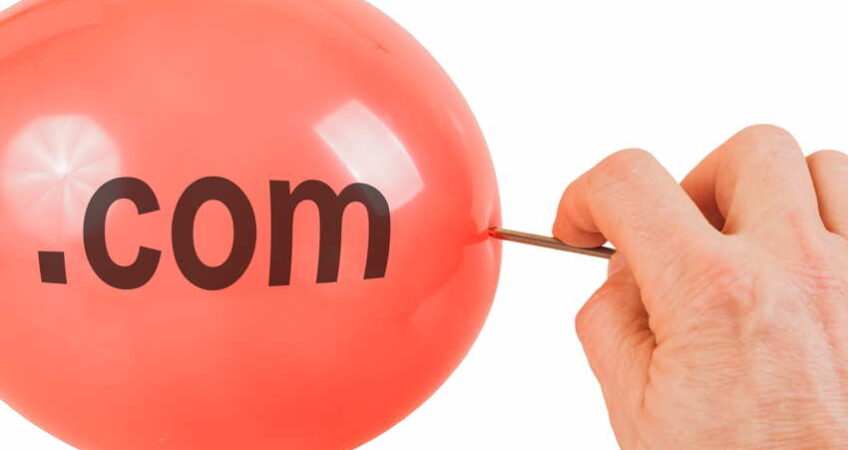 Reality Check—What's Going On With The Market Right Now?

With the stock market seemingly unstoppable, investors, including me, can’t help but wonder…

Are we in a bubble?

And considering that most of the gains are coming from the Big Tech names like Facebook, Apple, NVIDIA, Google, Microsoft, Amazon, and Netflix, collectively known as the FANGMAN stocks, are we looking at another Dot-Com bubble?

This is an important question since it could indicate an upcoming stock market collapse.

Now, the tech names are once again going parabolic.

And with this ghost of the past come other eerie Dot-com era similarities.

Listen To Warren Buffet. He's Dealt With Such Markets Before

When in doubt about the stock market, it always makes sense to see how the best are positioning themselves.

If they’re buying, so should you. And if they’re not… well, they must have good reasons to do so.

Over the last two years, his firm Berkshire Hathaway has accumulated an enormous cash pile, which is approaching US$150 billion, yet it hasn’t made any major acquisitions.

For this, Buffet has received much criticism. Especially as the stock market kept reaching new highs.

Despite the negative critiques, however, his opinion hasn’t changed—stocks are too expensive, and he isn’t buying until they get cheaper.

Stunningly, most right now think that Warren Buffet must have lost his magical touch. Since the start of last year, his stock has underperformed the S&P 500 by 40%.

What’s surprising, though, is that the last time this happened was in 1999. And just as now, back then, he was also the target of critics for not participating in the tech rally.

A year later, of course, those critics were proved wrong. And as the market declined, Berkshire Hathaway outperformed it by double-digits for several years.

I listened to a recent interview with Warren, and I think he’s just as sharp as he’s ever been.

So if he says that “growth (tech) stocks look like Dot-com bubble”, I’ll gladly take his word.

Wannabe Day Traders Are On The Rise

But that’s not all that’s similar to the Dot-com era.

The end of the 1990s also saw the rise of the self-proclaimed day-traders.

At the time, these ordinary-folks-turned-professional-Wall-Street-experts were drawn into the market that was rising for ten years and has quadrupled since the last recession. Sounds familiar? It’s because the current bull market has a nearly identical statistic.

Here’s a funny story. The trend was so popular, in fact, that it extended far beyond the U.S. borders. My dad and his friends were trading the Nasdaq all the way from Slovenia using a landline phone (remember those).

Unfortunately, they suffered the same fate as everyone else once the bubble burst.

According to one of the Congress’ testimonies, 80-90% of day traders lost their funds and stopped trading within six months.

While the technology has evolved since then, today you can trade with an app instead of through a landline, human behavior remains the same.

Robin Hood, a popular stock-trading app, has seen its user base increase from 10 million to 23 million in the first five months of 2020 alone. That’s 13 million more Americans trading stocks just on Robin Hood. I imagine that when you add up other stock-trading platforms and update the figures for June and July, the number of new traders is far larger.

The point I’m making is that everybody is betting on the stock market. It’s the new favorite pastime.

I meet people daily that are telling this is a great time to buy stocks. And none of them have any financial education.

Somehow, I have a feeling they’re in for a rude awakening… just as my dad and other Dot-com traders were when the music finally stopped playing in late 2000.

One More Statistic For The End

Before I finish, I just want to throw in another fascinating statistic.

However, 60% of the stocks in the index are actually more than 10% below their respective 52-week highs.

This might not mean anything to you until you look back in history when it is the last time that this happened.

It was in September 2000. Two months before the Dot-com bubble finally burst.

Verdict And Best Course Of Action

I know what you’re thinking.

It’s different this time. The Fed is printing money, so there’s nothing to worry about.

But similarities to the Dot-com era are simply too many to ignore.

Which is why I’d suggest you mimic Mr. Buffet and steer clear of this rally. Be patient. Opportunities will come.

Until then, my advice is to buy gold. It’s the best asset to own in this environment.

If you want to know more about that, I invite you to read one of my recent essays by following this link.