Moving Gold And Jewelry In Today’s Market: Profit Or Pitfall? 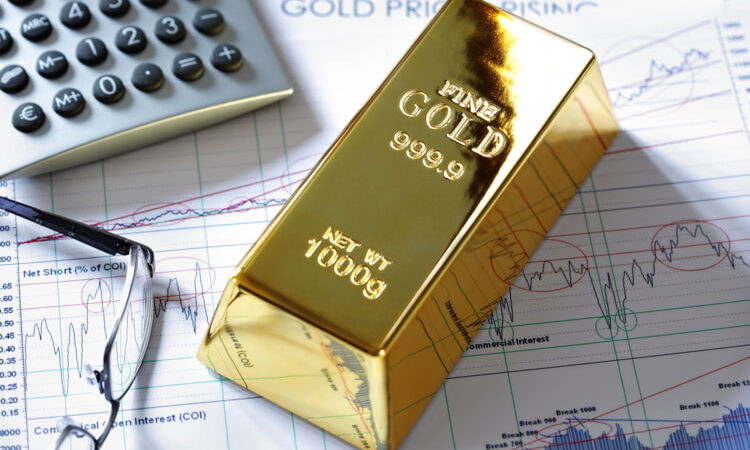 What You Should Know Before Buying Gold

Ever since the discovery of precious metals as a means of payment, wealth storage, and vanity, there have been forgers trying to replace the valuable metals with lesser ones to make a higher profit.

Early attempts may seem crude from today’s perspective, but they worked for quite a long time, successfully cheating gullible buyers out of their money. In today’s world, where gold is bought and sold online and by different demographics than in the early days, forgers have stepped up their game to deceive even professional buyers.

Buying from and selling to trustworthy partners has therefore become an increasingly important step toward protecting one’s assets.

Let’s look into what the issues are, how reputable professionals verify an item is authentic, and how you as an individual can protect yourself…

Generally speaking, investment items are bars and standard coins, which is what we will focus on in this article.

To this day, the troy ounce is how gold is traded, and that’s the price you’ll see published. It also explains the existence of the 400-troy-ounce bar, which is the unit of trade at the world’s market places. As a private investor, you’re likely to be dealing with unit sizes between 1 troy ounce and 1 kilogram (which is approximately 32 ounces).

Generally, the standard-coin market describes generic gold coins issued by governmental or government-authorized mints such as the American Golden Eagle, the South African Krugerrand, the Canadian Maple Leaf, or the Austrian Vienna Philharmonics, just to name a few. The caveat of some of these is that they aren’t pure gold, throwing a wrench in the most obvious testing method for gold: mass and water displacement.

Both the Golden Eagle and the Krugerrand, each in their own way, contain several percent of other metals, giving them a unique appearance and making them a little bigger. To be precise, both coins are 22-karat (91.67%) gold. The Maple Leaf and the Vienna Philharmonics are 24-karat (99.99%) gold, usually expressed as parts per thousand on the coin (meaning these coins say 999.9 to state their purity).

As a Greek named Archimedes once discovered, it’s possible to define the amount of water displaced by a specific material, and, according to legend, this became the first method of verifying that what appears to be gold is in fact gold.

The method is somewhat impractical and inaccurate, of course, when applied in day-to-day operations, and it was soon discovered that it could be duped by adding tungsten, a metal of almost the same molecular weight and water displacement as gold, to an item.

Other methods were called for, and this time chemistry provided the solution: Aqua Regia, or Royal Water, a mixture of nitric and hydrochloric acid that selectively dissolves gold (and platinum) but pretty much nothing else.

Invented in the 14th century, it soon became a trusted method for verifying the presence of gold. Its application requires the tester to scratch off a tiny amount of metal (hence the name “scratch test”) and then dissolve it by applying Aqua Regia with a small pipette or a brush. The method is still in use today, despite its apparent downside of damaging the object to be tested and consuming an amount—albeit small—of the metal.

There are other pitfalls, too… The scratch test only tests the surface of an item, leaving the tester in the dark regarding its core. This is one of the most common testing issues: tungsten or other metals hidden inside the item, or hollow jewelry items filled with sand or other materials.

To counter this issue, modern testing methods for “standard” items have much evolved, starting with tamper-proof packaging of many such coins or bars. Modern packaging may look like just a plastic and cardboard card, but it’s actually a masterpiece of combined security features that help uniquely identify the object electronically and prevent it from being exchanged by anything else without destroying the packaging in the process.

Besides the QR code, micro-engravings and multiple layers of plastic that turn opaque when tampered with are just some of the features of modern packaging. Even when packaged, though, professional gold buyers analyze the precious metal object through the transparent layer by X-ray fluorescence (XRF), ultrasound, or other methods to ensure its authenticity.

The object inside may itself carry a serial number, QR code, hologram, or DNA marking, allowing for it to be cross-referenced against a manufacturer’s database.

Coins or bars that are unpackaged undergo even greater scrutiny. In addition to the above tests, buyers often check for dimensional accuracy (applying Archimedes’ principles) or insist on liquefying the item by melting it, which will mix (homogenize) the metal, allowing for an accurate assay. This, of course, only makes sense for higher-value purchases.

It’s easy to see how testing for dimensional accuracy and other parameters works better on pure metals than alloys. However, this shouldn’t be a deterrent to buy a Krugerrand for its unique appearance; most professional buyers can handle it.

Nowadays, XRF analyzers are commonplace around the world for quick and efficient precious-metal analysis. Models vary from handheld to tabletop units depending on application and regulations on X-ray radiation. However, XRF is limited in the area (size and depth) it analyzes. Prudent operators always take sets of measurements and calculate an average.

Newer methods combine weight with ultrasonic or other methods. Generally, they’re precise but work only on defined items, meaning standard coins or bars. They’re favored by depositories and specialized buyers but impractical for pawnbrokers who are also dealing with jewelry and other unidentifiable items.

These devices are quite expensive and require some level of experience to provide reliable results. Unfortunately, there is no testing method of equal reliability for the occasional home user.

Visit a reputable gold buyer, preferably one who has been in business for some time, and offer what you want analyzed for sale. Most reputable buyers will appraise the item for you without obligation.

Which brings us to jewelry. Many of us have it, wanted or not, as items of perceived value are handed down from generation to generation. The important distinction here is rarity and condition. If an item is of exceptional beauty and condition or has a certifiable history giving it special value, it may have a higher value, but, otherwise, it’s often worth only its metal value. Evaluating these items is especially hard, and, to do it reliably, buyers often have to scratch it or cut it open to evaluate the core material. Be sure you have lost all attachment to such items prior to offering them for sale.

Some Points To Keep In Mind When Dealing With Old Jewelry:

Selling jewelry is difficult, with sellers frequently having high hopes and buyers hedging their odds against the remaining uncertainty. From a seller’s perspective, it pays to shop around and get multiple offers for comparison.

With this in mind, you can make more educated and confident decisions on what to buy, from whom to buy it, and to whom to sell.

You can be sure that just because something glitters, it may not be gold.