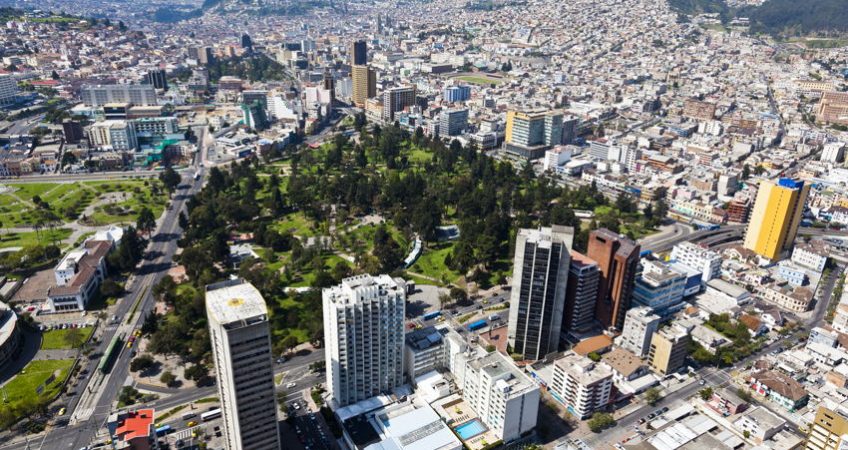 After 20 Years, Ecuador’s Finally Got My Attention

Ecuador has come a long way since my first visit in 1999.

On my earliest visits and for some time thereafter, I used the term “Fourth World” to describe the country’s infrastructure.

The Quito airport was conveniently located in the middle of the city but a nightmarish experience. Long, slow lines at immigration… hassles at customs… and then, after you’d finally run those gauntlets, you stepped out into a bona fide mob of people waiting for their families to exit the terminal and pass through the prisonlike arrivals area.

Our first years operating an office in Quito, internet was available only within a few blocks of the World Trade Center downtown. If you were living or doing business outside that small zone, you were out of luck.

Highways were narrow and dangerous. Bridges were temporary installations, courtesy of the U.S. Army, erected after previous bridges had washed away.

Then, in 2007, Rafael Correa was elected president. More so than any president in Ecuador’s recent history, Correa was committed to pulling his country out of Fourth World status.

He had a plan… and he had a chance to follow through. Correa was elected to a second term, meaning he was at the helm of this country for 10 years. That alone was a noteworthy achievement. From 1996 until Correa’s election in 2007, Ecuador had had seven presidents.

The stability that Correa brought to the country and his focus on improving its infrastructure has paid off.

Arriving today at Quito’s new airport, opened in 2013, you have the impression that you have landed in a real country in the real world. The highway built to connect the airport to Quito is like what you’d expect in the United States or Europe… until you get closer to Quito, when the new highway merges into the old roads.

Still, overall, the infrastructure in Ecuador has advanced significantly over the last decade. Quito’s new metro is expected to become operational by the end of this year, and Cuenca is testing a new tram service. Salinas, long known as a two-traffic light town now has five.

And, across the country, temporary bridges have been replaced and roads have been widened and paved.

That’s usually how it works… but Ecuador is so far an exception to the rule. While no longer the you’ve-never-seen-prices-this-low bargain it was when I first arrived on this scene in 1999, this country remains a very affordable place to be.

I should offer the caveat that this is still a budget destination outside the shiny new airport where I paid US$20 for a hamburger, fries, and a drink at Johnny Rocket’s.

Today, high-speed internet is available in most of the country, meaning international business types are no longer forced to hang out their shingles within so many miles of the World Trade Center to be able to connect online. Expats in Cotacachi, Salina, and Cuenca have access to 50MB or 100MB connections. That standard of service isn’t available in many parts of Panama.

More imported products—from North America and Europe—are available in the grocery stores. As anywhere, these come at inflated prices… but they’re less expensive than if you were to fly to the States to buy them and then carry them back to Ecuador with you… which, not so many years ago, was the only option.

One expat talked about how happy he is now to be able to buy peanut butter for his children. It’s the little things, right?

Frankly, I wasn’t excited to make the trip to Quito last week. Lots of business to take care of in Panama and elsewhere, and, after nearly 20 years of experience in Ecuador, I’ve come to take it for granted.

This visit was an eye-opener. My interest is renewed.

Both the cost of living and also the cost of property remain low… despite all the infrastructure improvements and advancements. I believe we have right now a closing window of opportunity to buy in at pre-development prices.

The development has already taken place. It’s just that nobody has noticed.