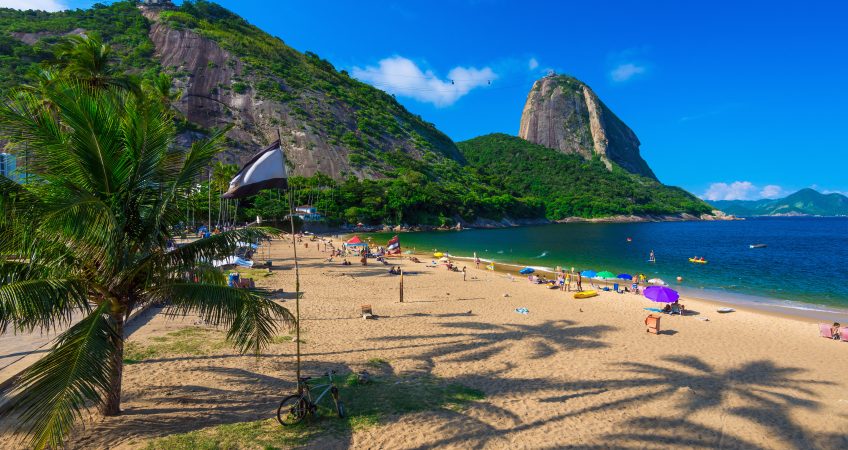 For the past few years, I’ve been working systematically to consolidate my existing real estate holdings… while, at the same time, expanding my portfolio in a new direction.

I’m selling properties that no longer fit into my long-term plans. These are purchases I made because they were good deals at the time. Some had personal-agenda components, but most were investments.

Now, however, the administration associated with owning and managing properties in more than 20 countries has become too much. Time to concentrate my attention where it can bring the greatest returns.

With the proceeds from properties I’m selling, as well as new capital for investment, I’m making new purchases (mostly) in countries where I already own. Again, one big agenda is to reduce the overall admin factor.

That’s one reason I decided two years ago to buy property from a developer in Brazil that we’ve been working with now for several years.

Of course, the fact that I already hold a land investment in Brazil wasn’t the only or even the main reason I made this decision.

The most compelling factors were the product and the price. Sandy beachfront is always a good idea… and, when I bought, pricing for these beachfront lots was irresistible.

Not long after I made that investment decision, this developer launched his next project—a turnkey rental development. Specifically, he planned a community of town houses in a master-planned resort setting along a sandy beach. In place already in this development are a water park, golf course, and hotels.

The projected net yields seemed almost too good to be true.

I dug into the numbers and realized that, even if the net yield played out to be just half of the projected yield, it would beat my standard 5% to 8% net yield expectation from a rental property.

So the developer put together another project—this time, condos.

In two months, Phase One of this condo offering has sold out… and just 10 units remain in Phase Two.

These condos are arguably a better investment than the town houses. Because the units are smaller, the price is lower, making this opportunity more accessible for the small individual investor.

Invest Now And Benefit From The Strong Dollar

Why else is a turnkey rental in Brazil a good idea right now for the dollar investor?

As we’ve been pointing out lately, the U.S. dollar is on a tear against many currencies worldwide, including the Brazilian real. Your buying power in this country is strong.

The projected yield for these condos is 18% per year. As with the projections for the town houses, that’s almost too good to be believable. However, the economy in Fortaleza, where these condos are located, is strong and growing. The expanding tourism industry is supported by both in-country and international travelers.

New direct flights from around the world are creating more and easier access and, therefore, stronger international tourism. In fact, Air France-KLM recently selected the Fortaleza airport as their regional hub in Northeast Brazil. Traffic from Europe to Fortaleza is expected to increase 40% over the next couple of years as a result.

The water park saw more than 1 million visitors in 2016 for the first time. That’s about a third of the total annual tourist traffic in Fortaleza. The number of annual visitors each of the couple of years since have been even higher.

At a price of US$77,000 for a two-bedroom condo, you’d be hard-pressed to find a better value anywhere in the world. Ocean views… walking distance to the beach… resort amenities already in place, including a water park, a golf course, and restaurants…

If the real strengthens significantly against the U.S. dollar in the short term, you could flip your unit when it’s completed and take your dollar gains to invest in another market.

Or you could furnish the condo and put it on the rental market. Again, the projected net yields are in the 18% range. Anything in double digits, and I’ll be happy… as will my retirement plan.

Remember Brazil’s currency rules. Make sure you register any funds you send into Brazil so you won’t have complications when you eventually decide you want to repatriate your money.

For me, owning a rental in this market fits both my portfolio consolidation plan and my cash-flow-for-retirement plan.

For someone just starting out building an international real estate portfolio, the US$77,000 price makes it easy to get your feet wet without putting too much at risk.

Remember… the initial phase of beachfront lots sold out in short order… as did the town houses… and Phase One of these condos.