Why Consider Investing In Colombia Before It’s Too Late 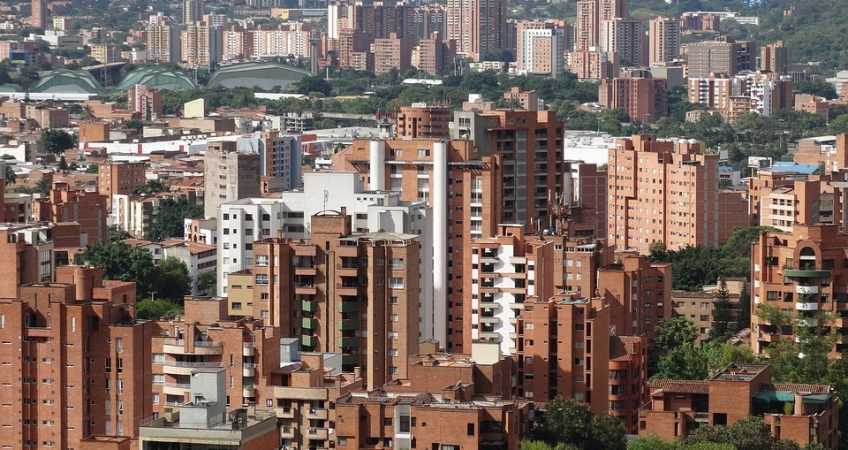 Sneak Peek At Next Month’s Private Show In Colombia

I look for any excuse to spend time in Medellín. My wife has finished the apartment we bought here in 2011 to a luxury standard (why not, we figured, when we realized that luxury comes at a very affordable price here), and the city itself is, likewise, world-class.

On the drive into Medellín from the airport on my most recent visit, I noticed a sign I had not seen before at one of the gas stations we passed along the highway.

It also said, “Welcome. Bienvenue. Willkommen. Bem vindo,” and referenced at least one other language I didn’t catch.

The sign reminded me that global tourism is gaining momentum in Colombia. The country’s stigma is finally fading. This multilingual highway sign is just one indication.

Another is all the press I’ve been reading in other newsletters that have begun touting their newfound secret Colombia. You and I know that Colombia isn’t today’s discovery. We’ve been on to this secret for years. Maybe you, like I, have already invested.

If you haven’t, I don’t know what in the world you’re waiting for.

So What Are You Waiting For?

If you need another reason to pull the trigger in this market, the Colombian peso is cooperating nicely. When we bought our apartment in 2011, the peso was trading at about 1,760 to the U.S. dollar. It hovered in the range of 1,750 to 2,000 to the dollar until late 2014, when it began to decline.

And property values have appreciated steadily for the past six-plus years, in Medellín and elsewhere. My apartment purchased in 2011 is worth more today in U.S. dollar terms despite the interim currency fall.

One of the naysayers who wrote to tell me I was a fool to invest in Medellín in 2011 wasn’t concerned about the FARC or drug cartels. He thought the currency was too strong and told me he was going to wait until it hit 3,000 pesos to the U.S. dollar before buying.

Maybe this reader bought an apartment in 2015 when that benchmark was reached, but he didn’t save any money in U.S. dollar terms thanks to the strong growth of real estate values in this city over the intervening six years.

He also missed out on having use of a pied-à-terre of his own in this wonderful city all those five years… as well as on five years of cash flow from rental income.

One question we’ll try to address at next month’s conference in Medellín is where the Colombian currency might go from here. Is the trading band over the last year going to be the new norm or will the peso appreciate against the U.S. dollar over the next year? We’ll discuss with the help of local experts.

Two other important topics we’ll address at the conference, again with the help of local experts and advisors, are to do with moving money into (and out of) Colombia… and Colombian taxes.

Bottom line, no need to worry about getting money you’ve invested in Colombia back out of the country when you’re ready to take your exit. As long as you document the introduction of capital into Colombia correctly, this is a straightforward process.

Our Colombian attorney will walk attendees at next month’s event through the simple requirements.

What about taxes? Colombia is not a tax haven, so you want to take these into account for any investment you make in this country. Readers have written to ask if it makes sense to invest in Colombian real estate, specifically, given the associated tax burdens.

Yes, you’ll likely have a local tax obligation associated with investment return in Colombia; however, this is the case for any kind of investment you might make in this country. The associated burden is no more onerous for a property investment than for any other investment vehicle, in theory.

Again, we’ll break this down and address the details based on particular options and opportunities over the three days of the event in April.

“Lief, my sweetheart and I are planning to move to France this fall as my daughter and her family are there and we have both retired. We will be keeping a U.S. mailing address as well as U.S. bank accounts for receiving Social Security checks, etc.

“What’s your best advice? Thanks!”

“Lief, in 2011 I bought a small 1-acre property with a nice house in Panama for under US$200,000. It was meant for retirement, which alas I have not come to grips with as yet. I paid cash and all the expenses thereof.

“Like many expats I was told to put the house in a Panamanian corporation to protect myself and my wife from probate. Little did I know I stepped into a minefield of U.S. tax laws that I was heretofore unfamiliar with.

“Like you, I have been preparing my taxes since college and managed to gain quite a bit of tax knowledge by being an investor Stateside. I had previously bought another house in the BVI and had no tax issues, even though I rented it out while not there, just filing a schedule E. I also work for the IRS as an IT person, so I must be squeaky clean when filing.

“I sold that and bought in Panama, as I mentioned. The tax laws changed, and suddenly I was faced with FATCA and having to file the 5471 and 926 forms accurately to avoid a US$10,000 penalty for each misstep. I know you’re familiar with all of this.

“So I went from using TurboTax or TaxAct and paying US$50 a year to having to hire a CPA who specializes in filing taxes for folks who have properties and assets (bank, monies) outside the United States. Of course my tax bill went to US$1,500 and then to US$3,500 in a matter of three years. I have nothing against CPAs except when they have you on the hook and gouge you.

“I speak native Spanish and a bit of French, Portuguese, Italian, and Serbian, having been raised in Spain, so I’m not an ignoramus about living abroad and fully knew what I was doing… except for the U.S. tax laws.

“When I received my US$3,500 estimated bill from my CPA, though, I balked and decided to get smart. What I found out was the following:

“Instead of putting the house in a regular Panamanian corporation (to presumably hide the stock holders… why? I have nothing to hide), I should have put it into a Sociedad de Responsabilidad Limitada (SRL), which is equivalent to an LLC in the United States, with the only consequence being that the stock holders are known (which matters not to me), and still the asset is protected from Panama probate.

“It gets even better. A foreign LLC is considered a Foreign Disregarded Entity (FDE) by the IRS. This means that one files the taxes on a Schedule E like a sole proprietor, avoiding having to file the 5471 fiasco.

“You still have to file an 8938 and FBAR, etc., but one can do this with the US$50 software from yore. I learned all of this from a tax attorney from New York, who pro bono gave me the information because we were born in the same hospital in Manhattan (Mother Cabrini… no longer there) a few years apart.

“So there you have it. Switching from a Sociedad Anónima to a Sociedad de Responsabilidad Limitada made my life much easier. Imagine that! I’ve tried to pass this on to expats who are buying in Panama with little success.

“Keep up the good work!”

Yes, an SRL is the equivalent of an LLC. The problem with a Panama SRL is it requires three members, which doesn’t usually work for most people.

A Nevis or Belize LLC could also be used for holding property in Panama, and those entities can be single-member LLCs.

As for filing, yes, you can elect to have the SRL disregarded and then use Schedule E for rental income as you describe. However, you still have to file a Form 8858 each year for Foreign Disregarded Entities. This, though, is a much simpler form to manage than the 5471 required for offshore corporations.