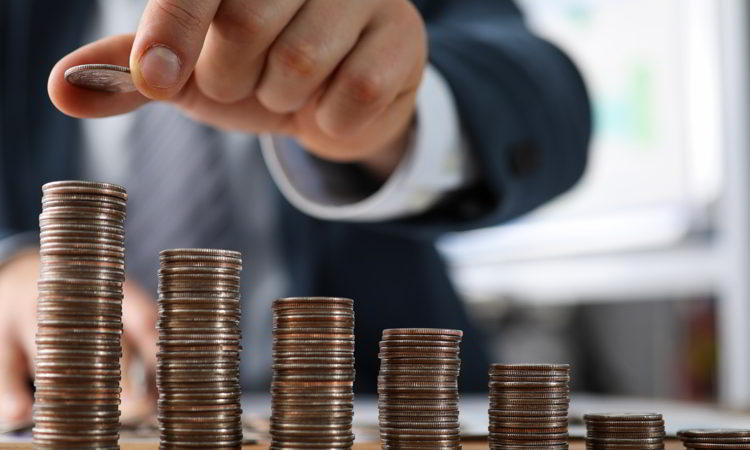 The IRS was in the news a little while ago for confiscating the bank accounts of small businesses operating mostly on a cash basis. One restaurant owner had her bank account frozen by the IRS. She had US$33,000 in the account, which represented the entirety of her operating capital. Effectively, the IRS put her out of business.

Fortunately, some Good Samaritans stepped up to help out.

This isn’t the only such story in the news. In fact, the U.S. government’s use of civil forfeiture to seize the assets of private citizens has been an expanding problem for years, and, as more and more government agencies and law enforcement departments see how easy it is to steal from law-abiding folks, I think we’re going to be reading more of these stories in the press.

The premise behind the IRS seizures is a concept called structuring. It is illegal to knowingly and willfully make cash transactions (deposits into bank accounts in particular) under the US$10,000 reporting requirement in order to avoid the reporting requirement. Whenever someone deposits more than US$10,000 into an account, the bank is supposed to report that event.

Say you have US$100,000 to deposit into your bank account. If you choose to make 11 deposits (each under the US$10,000 limit) over some period of time, rather than depositing the US$100,000 all at once, specifically to avoid the bank reporting the transactions, that’s structuring. And it’s illegal.

The numbers don’t have to be that big. Deposit US$5,000 in cash three days in a row into your bank account, again, with the intent of avoiding the bank sending a report to the Treasury Department, and, again, you’re breaking the law, even if the cash was earned legitimately and all income taxes were paid on the income that generated it.

Unfortunately, the IRS allows little room for common sense in how it enforces structuring laws. That’s how the lady with the restaurant got targeted. Hers is a cash business. Each day she deposits the cash she’s earned from the restaurant that day into her bank account. It’s always less than US$10,000. That’s the simple, practical reality of her business.

The problem emerged when this entrepreneur’s bank merged with a larger bank. In that process, her transaction history was lost. The new bank’s regulatory department raised a red flag when it noticed the transaction pattern. Rather than making the effort to speak with the restaurant owner about her business, the bank filed a “suspicious activity” report with the Treasury Department. Before you knew it, the IRS swooped in and seized the account.

That’s the problem with how the civil forfeiture laws are written. You don’t have to be guilty of anything, and the government doesn’t even have to charge you with a crime to be able to take your assets. All that’s required is a suspicion of illegal activity.

In today’s world, cash transactions are suspicious events in the eyes of the U.S. government. They seem to believe that anyone with a large amount of cash on him must have done something illegal to procure it.

It couldn’t be that maybe the person doesn’t trust banks. There was a case of a member of the military saving for his kids’ college expenses. He had his bank account seized and was told by a bank teller to redeposit the lump-sum amount of cash in amounts less than US$10,000 to avoid the paperwork.

Here’s the real kicker in all this: Once the government seizes your assets under the current civil forfeiture laws, the burden is on you to prove that you didn’t do anything wrong. Until you prove yourself innocent, your assets remain the property of the government entity that seized them.

To make your case, you have to hire a lawyer. The restaurant owner who had US$33,000 seized didn’t have money to pay an attorney. The government had taken it all. It’s this kind of catch-22 that the government counts on.

I’ll keep beating this drum: Diversify whatever you’ve got offshore (to the extent possible given your circumstances). Make it as difficult as you can for any U.S. government agency to try to get their hands on any of it.

cash deposits civil forfeiture Offshore Structures structuring
Share:
Offshore Living Letter ® 2022
Legal Sitemap Privacy Policy
* Type a keyword then press Enter
We use cookies to ensure that we give you the best experience on our website. If you continue to use this site, you're agreeing to our policies.Thanks, I Accept!Privacy policy