Going Offshore And Investing In Land In Paraguay And Uruguay 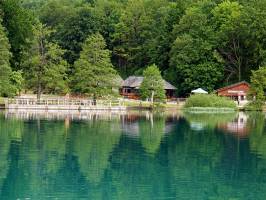 In response to my Monday dispatch on Paraguay, a reader, James, wrote in to say:

“This is the most contradictory report I have ever read. You describe the country as isolated, in not good terms with their neighbors, no direct flights to U.S. or major countries, very little tourism, and dependent on the River Plata (which can be restricted by Argentina and Uruguay) to get their products out, and you say it’s a good place to invest and rank as a #1 haven? You even miss to report that Bush owns large amount of land in Paraguay?”

Let’s consider Paraguay in terms of the Five Flags.

Flags #1 and #2: Residency and Citizenship

Paraguay is one of the easiest places in the world to establish residency and maybe the easiest and most affordable place in the world to obtain citizenship and a second passport. You can accomplish all those things without meeting any income requirement and without making any big investment in the country. Furthermore, you don’t need a work permit to be able to work in Paraguay. Become a resident, and you can work (for yourself or for someone else if you want).

When it comes to taxes, Paraguay is the country of 10%. That’s the rate of sales tax, personal income tax, and corporate tax. Other taxes are, likewise, low, including property tax. Paraguay is not a no-tax jurisdiction (like Panama), but it is a low-tax one.

I give Paraguay a 4 for Taxes.

Paraguay is a good place to have an offshore bank account… if you can open one. This is harder to accomplish today than it was even a year or two ago. I was told that, in today’s climate, you really need a cedula to open a bank account in this country, meaning you need to establish residency. I was told this when I first went to Colombia, as well, but was able, in fact, to open two bank accounts in that country without becoming a resident, one with a fiduciary (think broker account), the other with a large local bank.

I didn’t have time this visit to try to open a bank account in Paraguay. I will when I return. However, friends have opened accounts in Paraguay with a local fiduciary, as I did in Colombia.

I give Paraguay a 4-minus for Banking.

Paraguay has averaged 7% growth for the five years through 2014 and is projected to see growth of a further 5% this year. The local economy is doing well and has plenty of upside considering Paraguay has the second-lowest per-capita GDP in South America.

About 70% of Paraguay’s population is younger than 30 years old, many taking jobs with the growing number of foreign businesses setting up in this country and earning better than the typical local wage. This is creating an expanding middle class and fueling a fast-appreciating property market in Asunción.

Cattle land in Paraguay’s Chaco region is another particular opportunity right now. At US$450 per hectare, it’s both a regional and a global bargain. Paraguay offers cheaper land than in Uruguay and also more undeveloped fertile land; wide expanses remain available. And Paraguay is a more stable investment choice than Brazil or Argentina, the other countries it’s compared with, both politically and economically. Paraguay has never taken a zero off its currency and suffers nothing like the rates of inflation that can be typical elsewhere in this region.

I give Paraguay a 4 for Investment.

James won’t be doing anything in Paraguay. As he went on to explain in his email to me, he’d “choose Uruguay 10 times before Paraguay.” Fair enough. All the Uruguayans I’ve spoken with recently who are selling out in Uruguay (where land values are high) and reinvesting in Paraguay (again, both a relative and a global bargain right now) would love to hear from him. They’re looking for buyers.

And the less competition as I shop in Paraguay the better.

“Lief, one question I have about Paraguay is to do with the adequacy of water. The aquifer favors Bolivia, Argentina, and Uruguay… but maybe Paraguay gets enough rainfall and doesn’t need the aquifer?

“My other question would be about their export infrastructure, being a landlocked country without a port?”

In fact, the aquifer runs under the eastern 35% of Paraguay, as shown on this map. It doesn’t come near Bolivia and is mostly in Brazil with parts also under Uruguay and Argentina.

The landlocked thing is an issue, as Paraguay has to rely on Argentina and Uruguay allowing river access. However, they seem to have good roads into Brazil and a reasonably positive diplomatic relationship with that country right now. Again, though, this is a concern. Historically, the relationships among these countries have been troubled.