Don’t Risk Your Retirement By Not Investing In Cryptocurrency 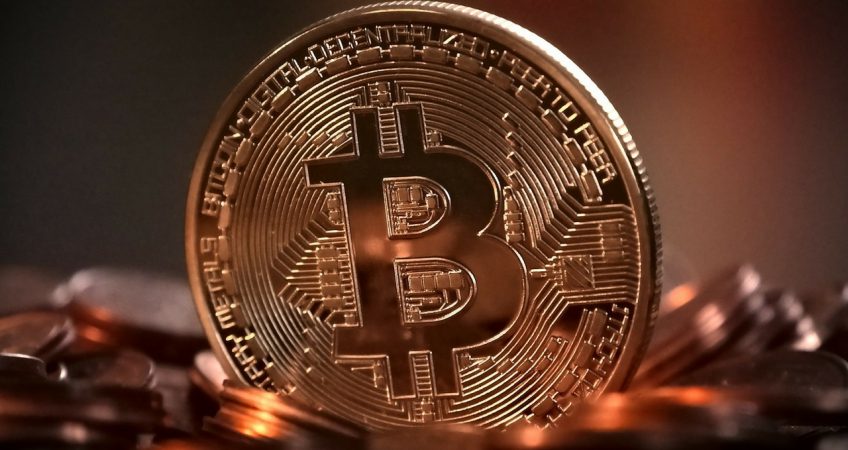 The Long-Term Risks Of Not Owning Cryptocurrency

The risk of owning cryptocurrency is pretty simple.

You could lose money… but that’s a risk that comes with any investment.

Every sane crypto investor understands this going in.

But what about the risks of not owning cryptocurrencies?

Those are very real too…

What if current debt-based monetary systems are doomed in the long term?

What if central banks lose their monopoly on legal tender? (It already happened in Japan.)

What if our savings continue to be debased by reckless monetary policy?

What if cryptocurrency prices only peak and stabilize after decades, when the majority of people are invested?

What if bitcoin owners shift some profits into other cryptocurrencies that have improved on the original idea?

What if we could choose from many different types of money?

What if we don’t need banks?

Finally, what if we’re in the early stages of a financial revolution?

These questions should reinforce the magnitude of what we’re talking about here.

If you don’t own any, you risk missing out on what could be the greatest wealth generation event ever.

Cryptocurrency A No-Brainer For Retirement Planning?

I believe cryptocurrency should be part of every investor’s retirement portfolio. It doesn’t have to start out as a big chunk of your holdings. But for the reasons I explained above, I believe the risks of not owning it are high.

Cryptocurrency is technologically superior to traditional monetary systems. It is independent, decentralized, and has crazy momentum going for it.

We’re adding millions of new owners per month. This is exactly how the beginning of cryptocurrency going mainstream would look.

Institutional interest is rising, and many firms are now dipping their toes in. Coinbase just announced a custodial service for hedge funds and other financial groups looking to diversify into cryptocurrencies. It thinks there could be $10 billion in institutional money on the sidelines. I suspect it’s higher than that.

So why wouldn’t everyone invest a bit today, just in case this mainstream scenario happens? I believe that’s what we’re starting to see play out right now.

And, keep in mind, that if cryptocurrency succeeds (which I believe it will), it will reward owners proportionally to how early they got in. Hence the recent buying frenzy…

So why not buy a little and hold it for a decade or so? It could make all the difference in the quality of your financial future.

To be clear, I’m not saying cryptocurrency going mainstream is a slam dunk. There are real risks. I’m simply saying that the potential rewards far outweigh the risks.

Why Bitcoin Should Be In Your Retirement Portfolio

People think you should buy bitcoin because the price might go up.

But the real reason you should own bitcoin—especially in your retirement portfolio—is that it’s a bet on a monetary revolution.

Crypto assets are all about cutting out the banks, middlemen, financiers, and academics who control our current monetary system.

The monetary policy of today’s world is a mess rife with conflicts of interest and bad incentives. Every country does it similarly. And government is always tempted to print money. It punishes savers and rewards borrowers.

A well-constructed cryptocurrency, on the other hand, has a hard cap on the number of “coins” in existence.

There will only ever be 21 million bitcoins. You can’t change that number. There are a little more than 15 million available today.

So if we’re looking at bitcoin as a competitor to the dollar, there’s no contest. The U.S. government, for example, borrows more than $1 million each minute… printing money like crazy all the while.

Bitcoin is a call option on a future where it is mainstream money. You don’t sell for double or triple what you put in; you hold on and hope it keeps going up. Less than 1% of people own bitcoin today, and if it becomes mainstream money, today’s bitcoin owners may be tomorrow’s new 1% of earners.

But it’s not just bitcoin anymore. There are hundreds of interesting cryptocurrencies out there—all competing against each other, sharing code, and breaking new ground.

Here’s what’s really revolutionary about it…

All these “coins” or “tokens” (digital assets) have their own funding mechanism—the initial coin offering, or ICO—in which well-run projects raise tens of millions of dollars each week… hundreds of millions in many weeks, actually.

So they don’t need the stock market or venture capitalists. Crypto is its own funding source.

These crypto projects are trying to do big things like overthrow large incumbent financial institutions, software companies, and (in some ways) governments—or at least loosen their monopoly on money.

After all, there’s no good reason a government should have a monopoly on legal tender. Libertarians like Ron Paul have long been calling for “currency competition.” We shouldn’t be forced to use dollars that erode in value.

The stakes are high.

Crypto has the potential to be a better form of money compared to the current (barbaric) methods employed by most governments.

So that’s why you would want to own at least a little bitcoin in your retirement account. Capital gains taxes can be major there. Because if the crazy revolution happens, you’ll do very, very well, as long as you buy before half of the country gets in.

If it becomes popular as a way to store value for even 10% of the population, that’s more than enough to take it to at least $100,000 per coin by my rough estimates. It’s hard to say exactly, but demand is high and rising fast.

Each bitcoin is divisible into 100 million pieces. Each piece is one “satoshi.”

If bitcoin continues to rise in value, we may start thinking about prices in satoshis, not bitcoins. Bitcoins will be for very large purchases, and satoshis will be for everything else.

This is already happening in the crypto community. When we buy other cryptocurrencies, we usually buy them with bitcoin. It’s easier to think about thousands of satoshis than it is to think about tiny fractions of a bitcoin.

You don’t need to buy a whole bitcoin. Start small, and it could still turn into a great deal of money one day.

If you’re looking to do it in a retirement account, the most well-known player in the space is fittingly called Bitcoin IRA. The company takes a 15% upfront fee, but the tax savings down the road could be tremendous if bitcoin goes mainstream.

If you’re intrigued by bitcoin and the idea of investing in smaller (new) cryptocurrencies, one of the better and safer ways to invest is to follow my recommendations in a new investment service I’m making available to interested readers of Offshore Living Letter.

If you’re interested, just click here for more details on how you can join us… I will even give you $250 in bitcoin as a “token” of my appreciation.