The Best Second Passports You Can Hold 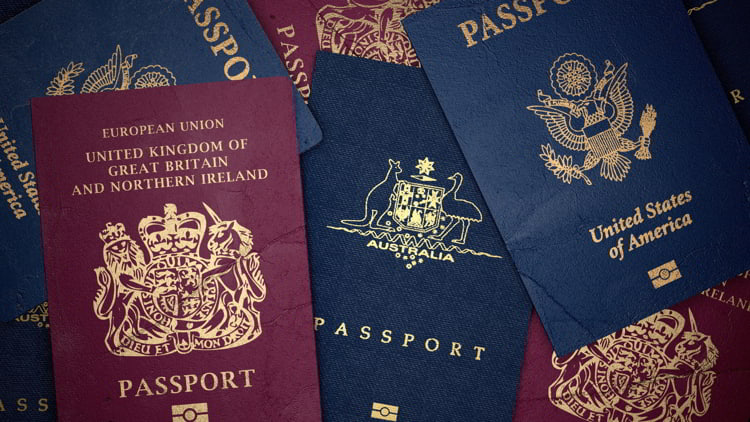 A second citizenship isn’t critical to an international lifestyle, but it offers options and advantages in an increasingly uncertain world.

There are many reasons to make the effort to acquire a second passport. For perpetual travelers, it can be essential.

For some Americans, the biggest benefit can be that, when structured properly, a new citizenship is the only completely legal way to opt out of American taxes for good (by renouncing your U.S. citizenship after you’ve obtained a replacement nationality).

Until you have a second citizenship, you may not appreciate the feeling of freedom it gives you to not have to rely on one country’s government. Essentially, by having multiple nationalities, you stop becoming the property of one government and become a sovereign individual instead.

The effort and cost can be well worth it, though, and the Citizenship flag is an important one to plant in the big-picture agenda of internationalizing your life. Safer travel, easier travel, less costly travel, safe haven, easier access to foreign banking, increased access to foreign investment options, expanded business opportunities…

Again, the advantages of carrying a second passport are many

If you’re an American, the reality is that many banks around the world don’t want to do business with you any longer. It’s simply too much hassle. If your only passport is the blue one with the gold eagle on the cover, you can have a problem.

With a second passport, more doors (and bank accounts) can open for you. You still aren’t going to circumvent IRS reporting rules (and we never recommend this), but at least you’re more likely to be able to open accounts in the places where you want to conduct business or spend time.

Having another citizenship can open business doors in unexpected ways. A second passport can save you time and money when traveling. By having an EU passport for example, you won’t have to wait in a queue at the airport to get in any country of the Schengen zone.

Many countries make it possible to acquire citizenship through residency. After you’ve been a full-time resident of the country for a specific number of years, you can become eligible to apply for citizenship and a passport.

In some countries, if you have pension income over a certain threshold—generally US$1,200 or more monthly—you can acquire a residence visa that eventually may lead to your eligibility for second citizenship and passport. In all cases, applicants must pass a strict vetting process.

While economic citizenships go for hundreds of thousands of dollars, the cost of obtaining a passport by being resident in the country for a specified period is usually but a few thousand dollars. The much bigger investment requirement in this case is your time.

The catch can be the required period of residency, which varies country to country. Most countries require a minimum of five years of legal residency before you can apply for naturalization. And most countries require you to be physically present in the country for most of that time. The idea is that you assimilate.

The specific requirements vary depending on the type of residency permit you have and how long you’ve held it, but most countries require you to be a permanent resident for at least three to five years before you’re eligible to apply for citizenship, meaning that time in the country while you hold a temporary residency visa doesn’t typically count toward the years of residency required before you can be naturalized.

This is not something you can do overnight, but the first step is to educate yourself on the options available to you so that you can determine which country best fits your needs. And we want to make it easy for you.

That’s why I’ve been working with my team over the past three months to create our first-ever Citizenship Index.

While most indices rank countries based on their power and travel access, they are not really accessible to the average North American. Germany ranks #2 in the Global Passport Power Rank, for example, but you must live in Germany legally for eight years to qualify. Hungary ranks #4, but you’ll have to learn Hungarian, the most difficult European language.

The goal of my new Index is to make you aware of good-to-hold second passports you may have not considered before… and that are realistically available to you.

My new Index will be featured in next month’s issue of my Simon Letter advisory service.

If you’re not yet a Simon Letter subscriber, I’d recommend you remedy that here now.

Diversification obtain a second passport Second Passport
Share:
Offshore Living Letter ® 2022
Legal Sitemap Privacy Policy
* Type a keyword then press Enter
We use cookies to ensure that we give you the best experience on our website. If you continue to use this site, you're agreeing to our policies.Thanks, I Accept!Privacy policy