Should You Be Concerned By Belize’s Murder Rate? 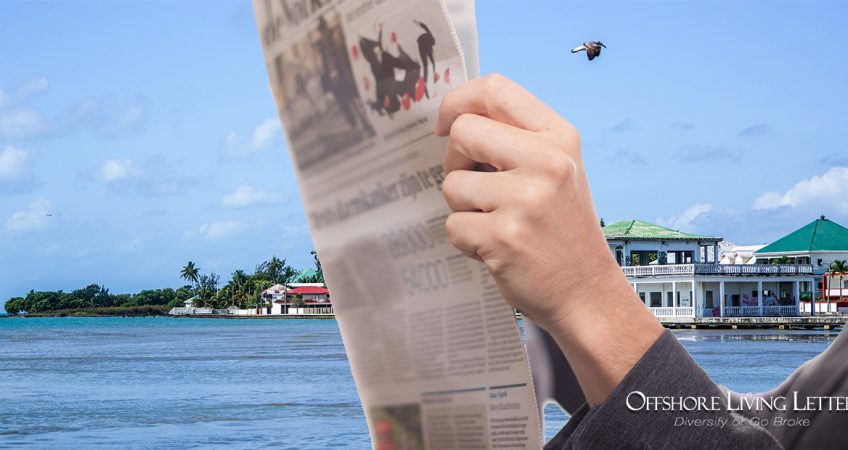 Why We Continue To Promote This Violent, Crime-Ridden Country

Two expats were murdered in Belize earlier this month. Their bodies were found in a sugarcane field in a rural area of Corozal.

“Are you not aware that Belize has one of the highest murder rates in the world?” asked another.

In all, we received, in the wake of the killings, maybe four-dozen angry emails on the topic of crime and safety in Belize… as we do whenever an expat meets a well-publicized untimely death in a foreign country.

And, every time this happens, it reminds me of two things…

First, how slippery statistics can be.

Caracas, Venezuela, for example, is considered in surveys to be the most dangerous city in the world, with 120 murders per 100,000 people.

Belize is a small country with a tiny population and a chronic gang problem in certain south side neighborhoods of Belize City. The country sees 40 murders per 100,000 per year (on average in recent years).

First, this is fewer murders per capita per year than take place in Detroit or Baltimore (my wife’s home town), to give a couple of reference points.

Belizeans in general are a reasonable, nonviolent lot who will go far out of their way to avoid conflict.

What about the couple of expats murdered in northern Belize this month?

It’s not that Canadian Francesca Matus and American Drew Devoursney were the target of Belizean robbers or that they were even simply in the wrong place at the wrong time and found themselves in the middle of a Belizean beef.

The only good news in this grizzly tale is that the Belize police identified and tracked down a suspect quickly. It’s a Canadian guy, well known to the victims. He was renting the lower level of Francesca’s duplex from her.

Now, Belizeans didn’t ask any of these folks to take up residence in their country… and Belizeans sure didn’t want (we must presume) for one expat immigrant to get it into his head to murder two fellow expat immigrants.

I can imagine Belize would prefer it if the world’s murderers stayed home.

The only one to blame for this tragedy is the guy who did the deed. The propagandized blow to Belize’s reputation is collateral damage.

I’ve been bumping around Third World nations for more than 25 years. I’ve heard about lots of expat killings along the way. One thing I’ve observed is that they are most of the time not only expat killings but also expat crimes.

That is, you could say that the murders in Belize, for example, are a result of drug dealers killing drug dealers and of expats killing expats.

Here’s the other thing I’ve observed. Most expat murders have something else in common: They are often connected to drugs and/or prostitutes.

A few years ago an American was killed in Colombia. Readers wrote in then, as they’ve been writing in this month in reaction to the Belize killings, to tell me to take my head out of the sand and recognize just how dangerous living in Colombia really is.

The American victim in that case was a 50-year-old staying in a hostel in the party zone of Medellín. The killers were fellow expat guests of the hostel. Again, a case of expat killing expat… and, again, I believe, though I can’t remember if this was proven at the time or not, expat victim and killer both were caught up in the local drug scene.

In Bocas del Toro, Panama, several years ago, an American befriended one expat land owner after another, then killed his new friends and forged documents to show himself as the owner of their properties.

OK, in this case, no drugs or prostitutes (it seems). Motive here was simple greed.

High murder rates in inner cities… terrorist attacks in night clubs, movie theaters, and Christmas gatherings… snipers on the streets of Virginia… mass shootings at schools… serial killers… the United States has all those things yet the American readers writing in this month seem certain they’re safer in the States than they would be in Belize.

I say forget the statistics and the government and media takes on crime and safety anywhere. If you’re interested in the idea of spending time or money in another country, go see it and form your own judgment about how safe it is (or isn’t).

While you’re there, don’t go looking to score dope or hookers in the middle of the night.

Belize Expats In Belize Live in Belize Murder Rate
Share:
Offshore Living Letter ® 2022
Legal Sitemap Privacy Policy
* Type a keyword then press Enter
We use cookies to ensure that we give you the best experience on our website. If you continue to use this site, you're agreeing to our policies.Thanks, I Accept!Privacy policy