Why You Can’t Miss The Real Estate In Cyprus 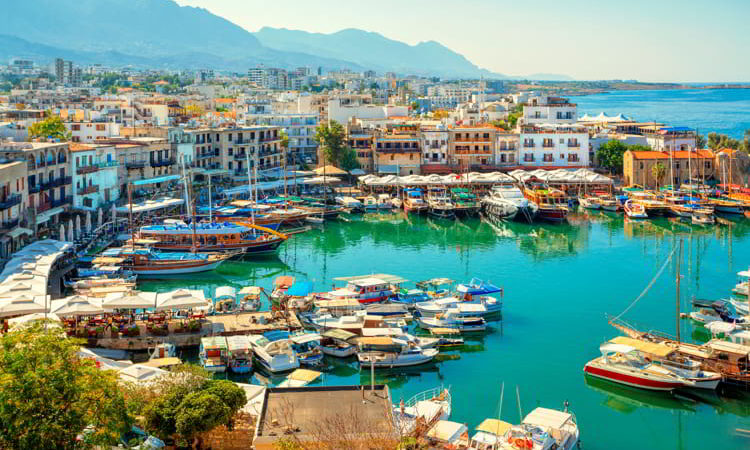 Two years ago, when the global pandemic was just beginning to take the toll it ultimately would proceed to take, we identified the contact we’d been hoping for on the ground in a market we’d been wanting to scout for years.

A partner with long experience, broad perspective, an extensive network, genuine passion, deep knowledge, and an interest in getting the word out about the emerging opportunity in the market he represents.

Kathleen and I wanted to hop on a plane to meet Dengiz in person… but the COVID-19 travel climate kept us grounded.

After months of Zoom calls and due diligence, we decided to pull the trigger. We feared that, if we waited any longer, we’d risk cheating you out of a chance to get in on the absolute ground floor of one of the most exciting markets we’ve identified in our careers.

I’m talking about the kind of chance that doesn’t come along often.

Finally, this month, Kathleen and I were able to go to see this place for ourselves.

We’ve just returned from the island of Cyprus where our 10 days on the ground were enough only to whet our appetites. Everywhere we went, we left feeling like we’d only just begun to scratch the surface of what’s there to be discovered.

Cyprus is split between the north and the south. The south is the Republic of Cyprus. The north is the Turkish Republic of Northern Cyprus.

That point of misunderstanding along with the long and complicated story of how the island came to be divided has created confusion and apprehension among North American investors who have avoided this market… if they’ve heard of it at all.

That kind of fear creates opportunity.

The Real Estate Opportunities In Cyprus

While Americans have been missing out, Europeans and Asians have been active. One developer we met has a waiting list of 150 people for phase two of one of her projects, which she’s working furiously to be able to launch as quickly as possible.

In the four areas where we traveled—Larnaca, Kyrenia (east and west of town), Long Beach, and the new dedicated resort area in Iskele—any moron could buy almost anything under construction and expect good returns, both in the form of rental yields and value appreciation.

I don’t think of myself as a moron, and I know enough to act when this level of opportunity is put in front of me.

I’ve just finalized my first purchase. I was able to secure the last unit of its size in the development where I’ve chosen to take my first position.

The risks of buying property in the north aren’t as big as many try to make out. It’s more political drama than investor risk. Though there are some history of ownership issues you need to be aware of.

In the south, the biggest risk, frankly, is the connection with Russia and its oligarchs. Many of them bought property under Cyprus’ citizenship-by-investment program, suspended in 2020.

All that passport-related property buying drove up prices in Limassol, specifically…

Which is the reason I didn’t waste time on Limassol this trip. It’s a propped-up market. You’ve got much better opportunity elsewhere.

My vetting and due diligence continues, and I’ll soon be able to finalize my complete report on the best current opportunities for you to take a position in what I’d say qualifies as one of the world’s top property investment markets.

You want to get in here.

I’ll show you exactly where and how in the next issue of my Global Property Advisor.