We Are 9 Days Away From The Historic U.S.-China Trade Deal. Here’s How You Can Profit From It 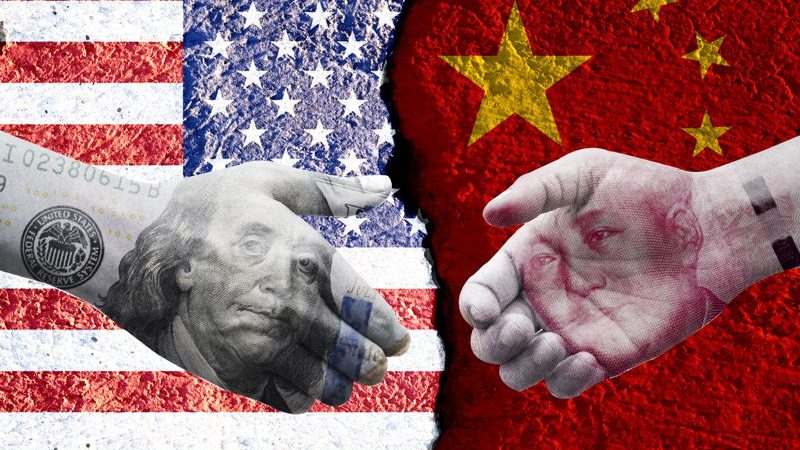 We Are Days Away From The Historic U.S.-China Trade Deal. Here's How You Can Profit From It

Next week, a handful of high-profile Chinese officials will board a plane for Washington, D.C., to attend a two-day ceremony, the culmination of which will be the signing of the U.S.-China Phase One trade deal.

No, this won’t be the comprehensive agreement we all hoped for. Nonetheless, I believe the event represents a significant step in a positive direction… and an excellent opportunity to make some money.

We Are Witnessing The Economic Shift Of The Decade

When you look at the agreement’s details, you see that they’re quite substantial.

First, Trump promises to cut last September’s tariffs on US$120 billion of Chinese goods in half, to 7.5%.

The largest tariffs, 25% on US$250 billion of Chinese goods, on the other hand, will stay in place, providing the United States with leverage for future negotiations.

The big one is that China will purchase at least US$200 billion worth of American products and services over the next two years.

Furthermore, the Chinese promised improved legal protection for copyrights, patents, and trademarks, as well as an end to currency manipulation and opening of domestic financial services to U.S. companies.

“Sure,” you could say, “the Chinese have made such promises before.”

However, no one has ever put as much pressure on them as the current president. And their economy is suffering as a result.

Moreover, as long as Trump is in office, there’s always a chance tariffs will return if the Chinese don’t play ball.

Meaning, they have no option but to comply.

Which is why this Phase One trade deal is only the first step toward a much larger economic shift.

After nearly two years of contraction, global GDP growth is making a turnaround.

This new period of expansion has the potential to last another decade and to double current stock prices.

However, I’m not suggesting you invest in a broad stock market index.

Now is the time to be picky.

I suggest investing in trade-related industries. They have been most hurt by the tariffs and will enjoy the greatest upsides as the global economy restarts.

Here are three you should consider…

U.S. semiconductor companies have been trying to gain access to China’s enormous market for years.

And after last year’s tariff increases, it appeared doors had closed for good.

However, thanks to the combination of lower tariffs and increased U.S.-China trade, 2020 looks extremely promising for the semiconductor business.

Moreover, a trade deal protecting intellectual rights would remove many obstacles these companies have historically faced when trying to enter the Chinese market.

Another sector that has suffered over the last two years as a result of the global economic contraction was basic materials.

With the Phase One deal representing the first step toward increased GDP growth, however, this is the perfect time to invest.

One group of companies I like in particular is lithium producers.

The emergence of electric vehicles, the push for clean energy, and our obsession with electronic devices mean that the demand for lithium will skyrocket in the coming decade.

The above-mentioned companies are all great investments and should outperform the stock market in 2020.

However, the company that will profit most from the Phase One deal has nothing to do with technology or basic materials.

Its business is a lot simpler, yet, without it, trade cannot exist.

Best of all, it’s one of the few companies that has been making record revenues, despite the industry-wide decline.

You can find out all about it in the last issue of my True Retirement Wealth.