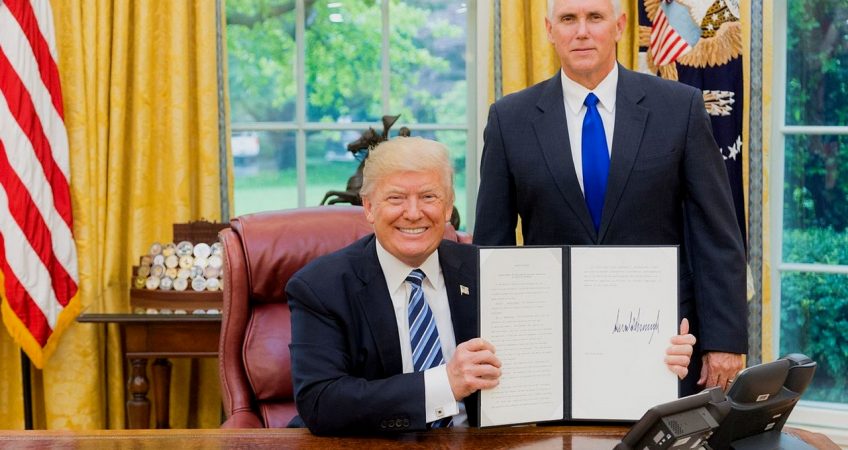 Trump threw us Americans with businesses overseas a curveball in December.

That opportunity to defer U.S. tax made it possible for Americans with small businesses overseas to build their businesses faster.

Now what? All my global tax-expert friends and colleagues have spent the past few months trying to think through the answer to that question.

The stated objective of the December tax changes was to force big corporations with offshore activities to repatriate their offshore profits and pay taxes on that money in the United States. Fair enough.

However, remember, U.S. tax law is unique in that it taxes individual Americans on their worldwide income no matter where they live. Those with offshore businesses and living outside the States enjoyed a reprieve thanks to the tax deferral available on their business income. Now that that’s off the table, I suspect we’ll see a new and maybe bigger than ever round of expatriations among American business owners living overseas with no intention to return Stateside.

The forced repatriation of funds for offshore business owners isn’t all pain. The tax rate being charged now to these previously tax-deferred profits is less than the new U.S. corporate tax rate… either 15.5% or 8%, depending on how the profits are held. Cash profits are being taxed at 15.5%; the value of hard assets, such as real estate or equipment, is being taxed at 8%.

Meanwhile, Americans living and working overseas still benefit from the Foreign Earned Income Exclusion (FEIE), which increases in 2018 from US$102,000 to US$104,100. That’s the biggest increase since 2012.

The days test is black and white. If you spend 330 days or more in a country other than the United States or its territories, then you qualify. The only potentially gray area comes into play when counting the days.

Neither does time in the sky.

Take an overnight flight from the United States to Europe, and neither the day you depart nor the day you land count toward the 330-day requirement. Arrive at 11:59 p.m. in your destination country, and you can count the next day.

The bona fide resident test is gray from the start. It requires you to build a case. The more boxes you can check, the stronger your case.

If you have legal residency and are considered a tax resident of another country, that’s a solid start.

You can check another box if your family lives with you in your country of residence, but that’s not a requirement. A local driver’s license, bank account, and owning your own home (as opposed to renting) are all additional boxes to check. Again, these are not requirements but help support your position as a bona fide resident of another country.

Your income can come from a U.S. company or a local company. Again, what matters is where you are doing the work and if you pass one of the two tests above.

Self-employed and living in another country?

What if you’re not the owner of a business overseas but self-employed and living in another country? Again, you’ve lost the benefit of deferring tax on your income and profits. However, if you’re paid from a non-U.S. company, you still can save on Social Security taxes.

If you’re paid from a U.S. company—whether you are the owner or not—you’re liable for Social Security taxes.

That’s the baseline position now, in the wake of the December tax changes. I’m still sorting and thinking through strategies beyond the baseline.

I believe that Americans with offshore businesses still have opportunities for reducing their tax hits, even now that the tax-deferral option has been eliminated.

This will be an important topic of focus at my Offshore Wealth Summit taking place in Santo Domingo, Dominican Republic, in July.

In the room with me will be the key U.S. tax experts I turn to when I have a question. I’ll moderate a panel discussion intended to dig deeper into the implications, consequences, and potential plans for minimizing your overall tax burden in the wake of the recent changes.

I’m looking forward to it.