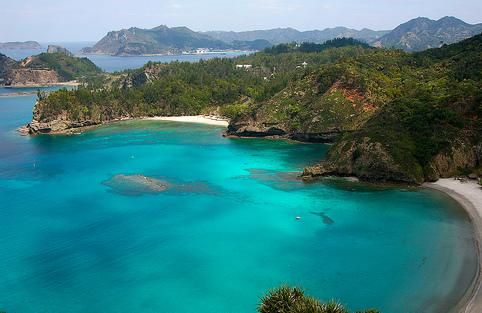 How To Negotiate In (Crazy) Developing Markets

A friend told me over dinner last week about a property investment he tried to make in Mendoza, Argentina. He likes the city, but he travels a lot and has property investments in many other countries. He didn’t really need an apartment in Mendoza and owning one would further complicate an already complicated life. On the other hand, my friend thought that having an apartment in Mendoza would give him more reason to return more often to Argentina.

The negotiation for the apartment, my friend told me, went something like this:

After some deep soul searching and because he really liked the apartment and really wanted an excuse to spend more time in Argentina, he finally went back to the seller a third time and offered his full asking price. The seller countered with 110% of the asking price.

That may seem crazy, but it’s not uncommon. It’s happened to me several times in different countries.

Once when looking at some land in Panama, I sat down with the owners and made an offer based on the asking price quoted to me by their real estate agent. They immediately declined the offer and said the new asking price was 40% more than the original asking price. We left that meeting further apart than when we started.

After running some numbers, I made another offer that was less than the original asking price but more than my original offer. They declined. No counter-offer, just a simple “no,” and the meeting ended.

A couple of weeks after that meeting, the sellers called my real estate agent asking when they could expect a new offer from me. I took that as a sign that they were finally interested in negotiating, so I returned to the table with yet another offer…still below the original asking price.

That property remained listed at double the asking price I’d initially responded to for more than a year…without selling. The sellers eventually increased the price again, this time to triple the original asking price.

The Logic Behind Last-Minute Property Inflation

The logic these owners applied is one I’ve encountered often. It goes like this: “My property hasn’t sold since I listed it more than a year ago, but meanwhile property values in my area continue to increase. My property must be worth more, so I’ll increase the price.”

Generally, that logic doesn’t fly. A property that is over-priced to begin with isn’t going to gain more traction if you increase the price. Still, many people whose only asset is a piece of land can’t bear the thought of selling too cheaply so they end up not selling at all because they don’t really understand their own market.

I knew better after the first conversation with this seller than to continue negotiations. When a seller increases his price when you show interest, the best thing to do is walk away. That negotiation can’t end well, and no matter how much you like the property, you’ll resent your purchase if you end up buying for more than the original asking price.

Of course, real estate prices do go up…just not, normally, during negotiations. Developers increase prices over time as infrastructure is installed and progress is made. You can’t expect to inquire about a project today and pay today’s prices when you come back to the developer in a year or two.

One prospective buyer at a project in Nicaragua that I managed years ago had received the original email detailing launch pricing, which included beachfront lots for US$25,000. He didn’t act, but he followed the project over the next several years, eventually writing in again to ask about current prices. When he saw that all the beachfront lots were gone and ocean view lots were selling for US$75,000, his response was, “Well, it’s too late for me with this project.” He couldn’t bear the thought of paying more when he knew what the original pricing had been.

That perspective kept that investor from making money a second time. Just as with any investment, you can’t judge the upside potential of a piece of real estate based on what that property sold for a couple of years earlier. You have to analyze current prices in the current market and project appreciation from the current point, not from some past point. If the investment makes sense at current prices, then make it. The investment’s history isn’t relevant.

In the case of the Nicaragua beachfront lot, the investor didn’t buy when he first heard about the project because he determined there was too much risk. The project had just gotten underway, and no infrastructure had yet been installed. By the time the guy made his second inquiry, infrastructure was in place, and the project risk had been reduced significantly. Now, though, all the investor could think about was the profits he missed out on. He seemed to have forgotten all about the early risk he had avoided.

Had he invested the second time he inquired about prices, he still would have made money, as prices continued to go up for the next couple of years as the developer made further progress. The potential rate of annualized appreciation was lower, but so was the level of risk. Bottom line, though, the project still had upside potential that this investor missed out on a second time.

No, you don’t have to earn the money in the country where you are resident. The income must be earned outside the United States; that is the key requirement.

For example, if you set up legal residency in Panama (a country that doesn’t charge income tax on income earned outside of Panama even if you are a Panamanian citizen or resident), then you could avail of the FEIE, pay no taxes in Panama on the income earned outside of Panama, and, depending on how and where you earned the income, pay no income taxes in the country where the income was actually earned either.