Volatility Is Your Friend—Here’s How To Profit From It 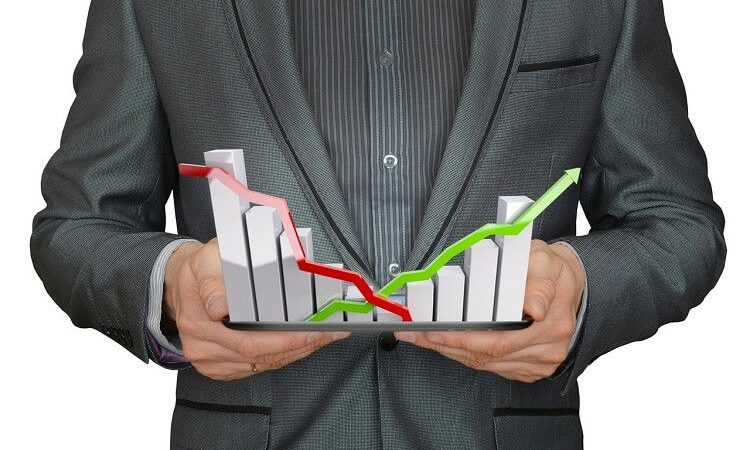 Your Best Strategies For A Volatile Market

Turbulent times are upon us.

Volatility has returned to the financial markets with a vengeance and finding opportunities to profit is now much harder than it was just a few years ago.

Five years ago, you could have created a portfolio of random blue-chip stocks and been positioned to double the value of your portfolio.

Follow that strategy today, and, five years from now, your portfolio could be worth half as much.

“But the economy is doing so well,” you might be thinking to yourself.

Economic data looks to the past, what has happened… while the stock market tries to anticipate the future, what will happen.

Remember the Great Recession? It took one year, from the S&P 500’s market top in October 2007, for GDP data to signal negative growth. By that time, the market had declined by 25%.

The same thing happened during the Dotcom Bubble. The S&P 500 dropped by more than 18% before the government released the first negative GDP figures.

We’re living through a similar situation right now. The GDP is already up by more than 3% since the start of the year, while the S&P 500 has barely increased by 0.5%.

But you shouldn’t be concerned. Volatility doesn’t mean you should stay out of the stock market. It means you must be more selective when picking your stock investments.

2015 was a year of increased volatility and lousy stock market performance. The S&P 500 closed the year with a minor 0.73% loss. Yet, not all sectors performed poorly.

For most of 2018, the information technology and consumer discretionary sectors have been beating the market, while consumer staples and telecommunications have performed the worst.

This has to do with market cycles.

Each economic cycle can be divided into four phases: early-cycle, mid-cycle, late-cycle, and recession. There’s no clear line when one phase ends and another begins. They transition one to the other fluidly.

During the early-cycle, the economy is recovering from a recession, monetary policies are easing, and markets remain volatile. In the United States most recently, this period lasted from 2009 to 2013.

When the economy is in the mid-cycle phase, sectors like consumer discretionary and basic materials, as well as high-growth sectors like information technology, tend to outperform market averages.

That’s because, during the mid-cycle phase, the economy is in full swing. There is a robust demand for basic materials. It’s easier to get credit, and businesses invest money to expand operations or repurchase shares, lifting the stock market overall.

Unemployment falls, and wages expand. This is a time of overoptimism, when people spend money on things they don’t need and invest in high-growth IT companies.

In the United States, first signs of the economy entering the most recent mid-cycle appeared around 2012.

Today we are in another transitionary period. GDP is still growing at a fast pace, but more and more late-cycle signs are emerging. The stock market is very volatile, company valuations are high, monetary policy is tightening, the economy looks to be overheating, and inflation is rising.

The way to play the late-cycle game is to look at sectors that tend to underperform during the mid-cycle and to over-perform during the late-cycle. Defensive sectors, like consumer staples and utilities, are your best bet. That’s because people use electricity, gas, food, and household items no matter how well the economy is performing. The demand is more or less constant. That’s why these aren’t your best investment options when the economy is booming and why they can be when it’s slowing down.

If you compare sectors, you see that this transition has already begun.

Since the market peaked at the beginning of October, consumer discretionary and information technology, two of the best-performing mid-cycle sectors, have turned into two of the worst performers, declining by 10.7% and 11.8% respectively, while the overall market dropped by only 7.7%.

On the other hand, consumer staples and utilities have performed the best, gaining 3.4% and 3.3%, respectively. This is your sign to enter these two sectors and protect yourself from the market volatility still to come.

However, my strong recommendation is that you look at foreign countries, where market cycles can operate independently of those in the United States, creating opportunity when you most need it.

Specifically, for example, I have identified an IT company from a country in mid-cycle phase that I believe is an excellent investment right now.